Local hero Daniel Abt topped the timesheets in Super Pole on the streets of Berlin with a 1m09.472s, clinching the Julius Baer Pole Position ahead of the BMW i Berlin E-Prix.

“The home race is special and with all these people here it can only be good!” said Abt.

However, the German driver is under investigation by the FIA for turning the car up to full power too early in qualifying…

With 20 drivers all qualifying within a second of each other for the first time in the championship’s history the race at Templehof could prove to be the closest yet.

Sitting in second for the start of the race is NIO Formula E Team’s Oliver Turvey, who has qualified in the top 10 for every race this season. Coming in third was Jean-Eric Vergne, who is 31 points ahead in the championship. In fourth was Dragon’s Jerome D’Ambrosio, with reigning champion Lucas di Grassi finishing fifth in the Super Pole shootout.

In the qualifying session, another local hero – Andre Lotterer – (Techeetah) kissed the wall between Turn 7 and Turn 8, “there just wasn’t as much grip,” said the German driver. Finishing in 18th, with a 10-place grid penalty, he will start the race at the back of the grid.

Despite a promising drive in the first free practice of the day, Nick Heidfeld (Mahindra Racing) will start the race in 14th place with fellow German driver Maro Engel (Venturi Formula E) starting one place above him in 13th.

UP NEXT: This afternoon’s race is set for 6 p.m. local time. 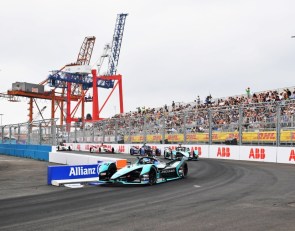 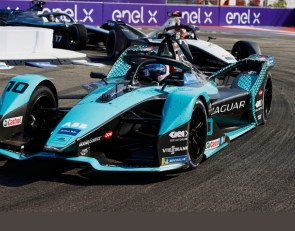