Race 1 winner Gabriele Tarquini snatched the DHL Pole Position at WTCR AFRIQUIA Race of Morocco after a super-tight qualifying shoot-out at the first round of the all-new WTCR – FIA World Touring Car Cup presented by OSCARO in Marrakech.

“Yesterday I played on my experience,” said the BRC Racing Team driver, who has worked hard to develop the new Hyundai i30 N TCR that Muller also races. “But today was the day to push. It was a big, big fight between the Hyundais and I got a fantastic lap. The dream continues.”

In a repeat of Saturday, Norbert Michelisz and Thed Björk were the clear pacesetters as the first part of qualifying got under way. Björk topped the times with a lap of 1m24.79s when the session was stopped with 15 minutes to go after Audi Sport Team Comtoyou driver Denis Dupont hit the tyre barrier hard at Turn 1 in his Audi RS 3 LMS. The Belgian emerged unscathed from the accident.

Once the session restarted, Muller banged in a quick lap to go top on 1m24.734s. At the end of the 30 minutes, he headed YMR team-mate Björk, Tarquini and Michelisz.

With the top 12 going through to Q2, a number of drivers were disappointed to miss the cut. They included Esteban Guerrieri, who could only manage P13. British Touring Car Championship convert Gordon Shedden just sneaked in with the P12 time.

The Q2 top 12 session highlighted just how close the field are this year in the new series. After the first runs, in which Björk set the pace, the 12 cars were separated by just 0.9s. The smallest margins would dictate who would make the final Q3 top five shootout.

Björk’s first lap of 1m24.392s proved enough to head the dozen at the end of the 15-minute session. He was joined for the top five shoot-out by Tarquini, Michelisz, Muller and Yann Ehrlacher, with Rob Huff missing out in sixth by a scant 0.005s.

Behind Huff were local hero Mehdi Bennani, James Thompson, Jean-Karl Vernay and Pepe Oriola in P10 – which means the Spaniard will start the reverse-grid Race 2 this afternoon from the DHL Pole Position. Shedden and Frédéric Vervisch completed the top 12.

Qualifying Q3 shootout: how the battled for pole unfolded
Having qualified fifth in Q2, Ehrlacher was the first to go in the single-lap Q3 showdown. Muller was next and was a relatively comfortable 0.4s quicker than his young nephew with his best lap of the weekend. Now it was Michelisz’s turn. The Hungarian, who endured a nightmare Saturday following a qualifying engine fire and a lost wheel in Race 1, logged a time 0.144s short of Muller’s benchmark. But this was not to be Muller’s pole position. Race 1 winner Tarquini scorched across the line to pip his Hyundai rival by just 0.08s. It was now down to Björk, but the Swede endured a huge slide on his lap. His time left him just fourth of the quintet, leaving Tarquini on the DHL Pole Position for Race 3 this afternoon, with Muller joining him on the front row. The veterans look set to slug it out in what promises to be a fascinating climax to the WTCR AFRIQUIA Morocco weekend. 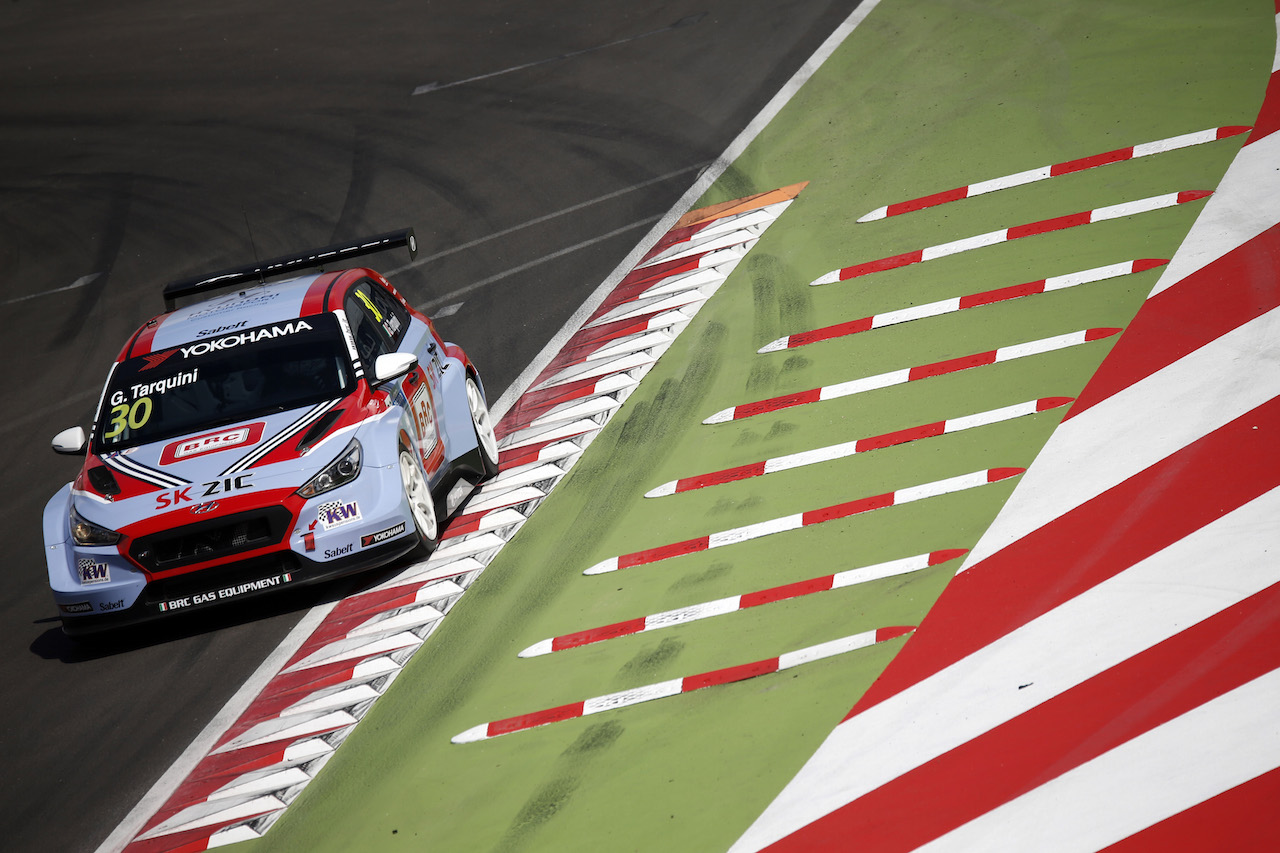