WRC - Ogier and Ingrassia take third win of the season

WRC - Ogier and Ingrassia take third win of the season

Defending FIA World Rally Champions Sebastien Ogier and Julien Ingrassia claimed their third WRC victory of the season today, winning the Tour de Corse by a margin of 36.1 seconds. Ott Tanak and Martin Jarveoja headed the Toyota challenge and finished second, ultimately ending up with over 30 seconds in hand to Thierry Neuville and Nicolas Gilsoul, the Belgians having a late scare in the Power Stage with an unconfirmed engine problem.

In the FIA World Rally Championship standings, Ogier increases his lead at the top of the table and now has a 17-point advantage over Neuville, who in turn has 22 points in hand to third-place Tanak. Hyundai Shell Mobis WRT tops the Manufacturers’ Championship, but with only four points between the Korean team and M-Sport Ford, the battle looks set to rage on.

Today was the shortest of the event and took in just two stages. However, there was a sharp wake-up call for the crews early this morning as the competition kicked off with a daunting 55 kilometre test before closing with the much shorter 16 kilometre Power Stage. Ogier, who led from start to finish, was able to manage the pace and the five-time Champion cruised to the finish, picking up an additional three points on the all-important Power Stage. Victory in Corsica represents the 43rd WRC victory for both he and Ingrassia.

After moving into second place by one-tenth of a second last night, Tanak was second fastest through the long stage, despite some understeer, but was gifted time by Neuville who was forced to complete the final stage down on power. He dropped nearly 15 seconds but had enough of a cushion to team-mate Dani Sordo to retain the final podium position.

The fight for fourth between Dani Sordo and Elfyn Evans continued during the final day and the rivals were split by just 3.5 seconds at the end of the event. Esapekka Lappi suffered heartache in the first stage; after fighting his way into podium contention yesterday, the Finn clipped a kerb and had to stop and change a broken wheel, losing him nearly two minutes. As a consequence, he dropped to sixth but took some consolation from maximum points in the Power Stage.

Andreas Mikkelsen has been at a loss to understand a lack of pace in Corsica and the Norwegian came home in seventh. Asphalt expert Jan Kopecky claimed the FIA WRC 2 Championship win, his second of the season, and finished eighth overall just ahead of Kris Meeke who returned for the final day of action after going off the road yesterday. After his Friday morning accident, Sebastien Loeb finished 14th, having shown the pace befitting a nine-time FIA World Rally Champion. The FIA Junior/WRC 3 Championship was won by Frenchman Jean-Baptiste Franceschi, who finished over 30 seconds ahead of Terry Folb.

The FIA World Rally Championship contenders now take the long trip to South America for one of the most popular events on the calendar, Rally Argentina (26-29 April). 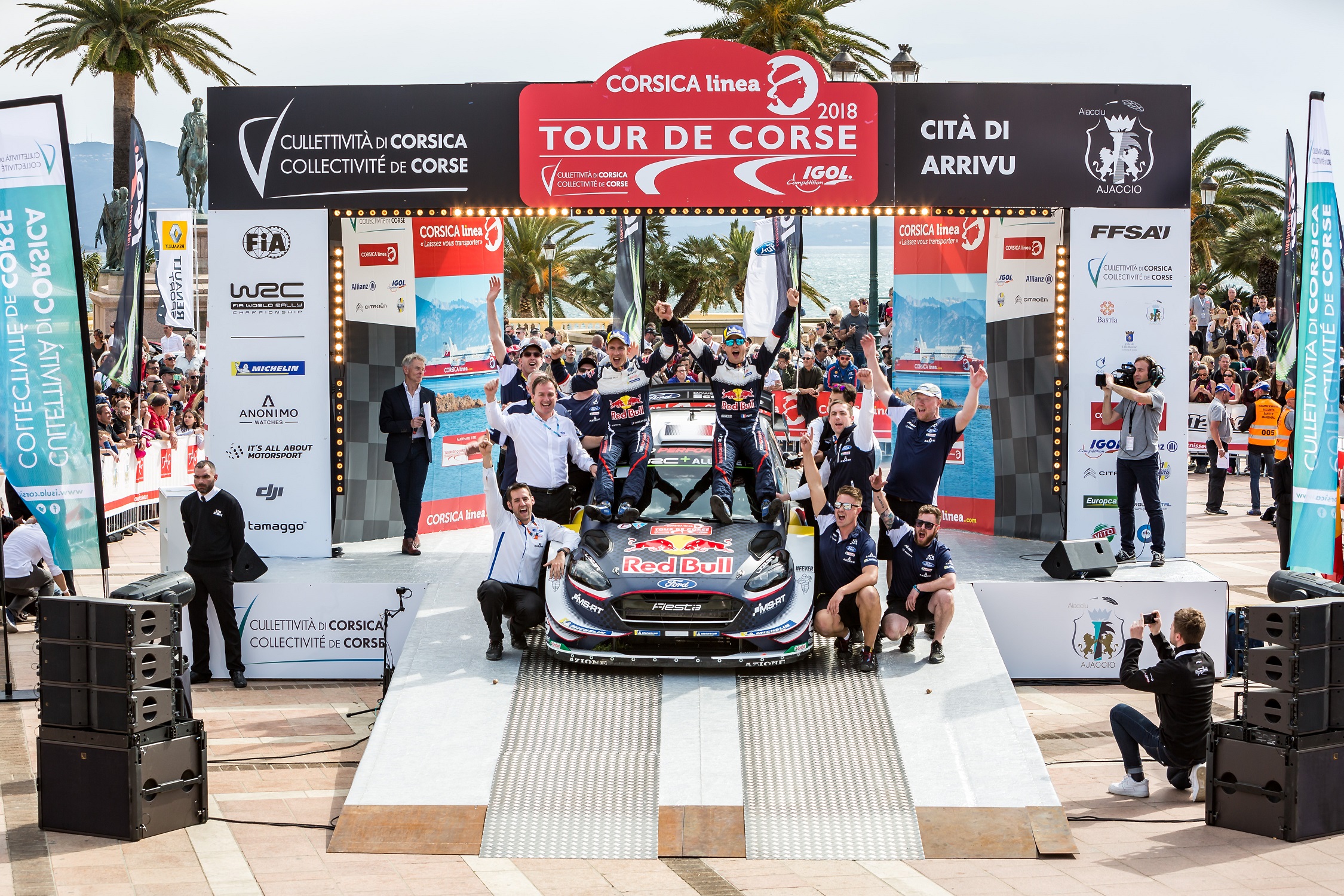