Porsche has broken the outright lap record of the Spa-Francorchamps circuit in Belgium, with a heavily modified evo-spec 919 Hybrid LMP1. Neel Jani eclipsed Lewis Hamilton’s record time set in qualifying ahead of last year’s Formula 1 Belgian Grand Prix by over seven tenths of a second. 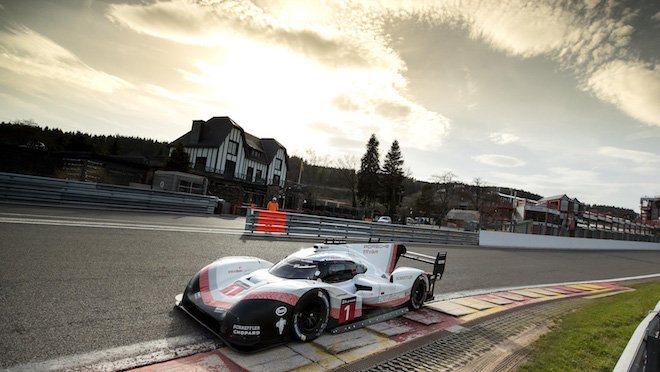 The Evo 919, based on the 2017 WEC car, has been heavily revised for this attempt, which forms parts of the car’s 2018 #919Tribute farewell tour. It’s powertrain’s hardware has been untouched, but without the restrictions of the WEC regulations, and software updates the car produced 720 horsepower (220 more than in WEC competition) with its hybrid-powered V4 twin-turbo engine.

Its aero, however, is heavily revised, the car running with a more-aggressive rear, a DRS system, and a new, more slippery front-end, without headlights.

“This was an absolute fantastic lap – an outstanding drivers’ performance from Neel and the result of great engineering,” Fritz Enzinger, Porsche’s Vice President of LMP1 said.

“Today’s track record impressively proves the ultimate performance of the most innovative race car of its time. Our target was to show what the Porsche 919 Hybrid is able to do when we loosen the restrictions that normally come from the regulations.” 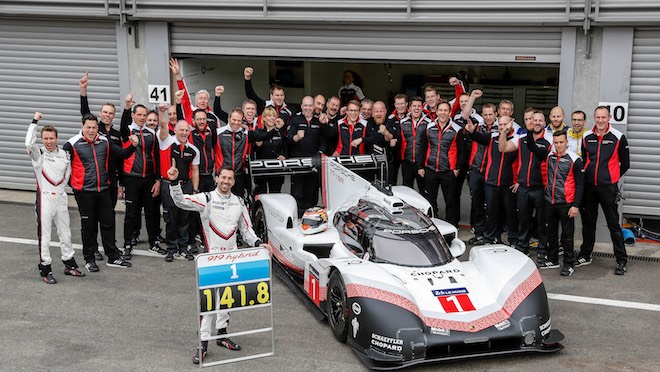 Jani says the 919 Evo is the fastest car he’s ever driven; the Swiss toured the circuit 12 seconds faster than the quickest LMP1 lap around Spa in the WEC, achieved last year in qualifying before the 6 Hours.

“The 919 Evo is brutally impressive,” he said. “It is definitely the fastest car I ever drove. The grip level is at a fully new dimension for me, I couldn’t imagine this amount beforehand. The speed on which everything happens on a single lap with the 919 Evo is that fast that the demand on reaction speed is very different to what I was used to in the WEC.

“We are not only faster than the F1 pole from 2017. Today’s lap was 12 seconds faster compared to our WEC pole position from last year! We have had three very intense days at Spa. Today I knew on the very first lap in the morning that the car’s performance was super. The race engineers did a great job setting up the car and the Michelin tires are sensational. A big thank you to Porsche for this experience.”

The project’s chief race engineer, Stephen Mitas, said it was especially rewarding to upgrade the 919 (with some of the pre-planned developments for 2018, before Porsche pulled the plug on its LMP1 program) and show off its true potential. 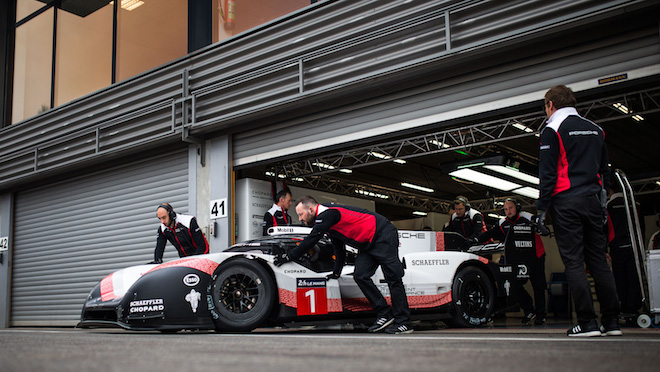 “It was kind of an engineer’s dream come true for us,” the Australian said. “Having developed, improved and raced the car for four years, the guys had a very close relationship to it. We all knew, no matter how successful the 919 Hybrid was, it could never show its full abilities. Actually, even the Evo version doesn’t fully exploit the technical potential. This time we were not limited by regulations but resources.

“It is a very satisfying feeling that what we’ve done to the car was enough to crack the Formula 1 record.”

The 919 Evo will also complete a demo lap on the legendary Nordschleife before the start of the Nurburgring 24 Hours, before appearing at the Goodwood Festival of Speed, the Festival of Porsche at Brands Hatch and Porsche Rennsport Reunion at WeatherTech Raceway Laguna Seca in September.