INSIGHT: Was Toyota playing games at the Prologue?

INSIGHT: Was Toyota playing games at the Prologue?

With the dust now settling after the FIA WEC Prologue last weekend at Paul Ricard, there’s plenty to analyze at the front of the field in the LMP1 class, where fierce competition between Toyota and the privateers is seemingly already in full swing.

Toyota Gazoo Racing’s technical director Pascal Vasselon made it very clear that he was pleased with the team’s progress after its running during this week’s 30-hour FIA WEC Prologue test ahead of the 2018/19 season. But there were plenty up and down the pit lane far less satisfied, and questioning the team’s tactics.

Later on, the team revealed that it had been producing those times while intentionally running its cars unrestricted, outside of the LMP1 EoT [Equivalence of Technology] rules, in order to stress-test its aforementioned new cooling system. But this revelation came on Saturday morning, after the pace of the non-hybrid class newcomers improved.

Vasselon was dismissive of the members of the privateer cabal, who accused Toyota of trying to force the privateers into showing their hand early. The Frenchman said he wasn’t surprised by the pace of the privateer teams, and would expect them to push as hard as they could, regardless of Toyota’s performance levels.

“We went through a wide program, including triggering high temperature conditions, which were not as hot as we were hoping for,” Vasselon said when asked about Toyota’s strategy. “We had a new cooling system to validate, and over the winter we knew it wasn’t possible. So we were hoping to experience a higher temperature here, so we could stress our cooling system.

“When you want to stress the hybrid system, you have to push a bit more than is allowed. We are running out of time for hot weather validation, so we did it with two cars. Then we came back within the usual limits, and had a trouble-free run.”

The issue here is the timing. Toyota stated that it planned all along to test its new cooling system in this way, so why not state its intentions before running began?

“It’s clear that Toyota were trying to get us to show our best pace,” a senior LMP1 privateer team source told RACER, “because otherwise, why was the cooling system test and the unrestricted running only declared to the rest of the field hours after they had completed that part of their program, rather than beforehand?”

After the cooling system had been tested, Toyota’s pace eased very considerably, its best laps through the night and all day on Sunday unable to challenge the best times from SMP Racing’s BR1s, Rebellion’s R-13, ByKolles’ CLM and just ahead of CEFC TRSM’s fastest Ginetta.

“It does make it a little difficult to believe that they have showed their real pace after 5 p.m.,” the same source said.

Is Toyota in trouble, its best time only good enough for fifth when running within the EoT parameters? Highly unlikely; Toyota showed no signs of concern, and focused the majority of its test program on reliability rather than outright pace in preparation for Le Mans.

“(The test) went well, we ran a lot of kilometers, and almost entirely without issues except when we were triggering part changes,” Vasselon said.

“The longest one [change] wasn’t totally planned. We had someone go off, and had to make expensive [bodywork] changes to the car. We also changed the battery, the coolers, the seats, the steering wheel. We had a long list of changes.

“We had no mechanical issues, only bodywork damage [ED: after an off by one of its drivers], and quite a lot of bodywork damage, because for the first time we were out there in a full endurance situation with lots of cars on track, with lots of marbles and traffic.”

With Le Mans not too far away, and the opening round of the season at Spa likely to be an real challenge for the majority of the eight non-hybrid LMP1 cars, we may not find out the answer to the many questions that arose from the test until after the Le Mans Test Day.

And with discussions about the ACO and FIA’s proposed EoT for the season ongoing, we may have to wait until we’re a ways into the Le Mans 24 Hours to truly find out who the contenders and pretenders are. 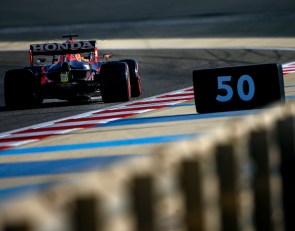