Gabriele Tarquini made history at WTCR AFRIQUIA Race of Morocco today by winning the first race of the all-new WTCR – FIA World Touring Car Cup presented by OSCARO after an action-packed opener in Marrakech this afternoon.

Starting second on the grid, Tarquini got the jump on DHL Pole Position man Björk at the start to take a lead he’d never lose. But back in the pack there was contact at Turn 1 as the 25-strong field shuffled for position.

Those involved included Comtoyou Racing’s Aurélien Panis and Audi Sport Team Comtoyou’s Frédéric Vervisch whose Audi RS 3 LMS clashed heavily with James Thompson’s Honda. Vervisch was left stranded on the circuit, and after one lap behind the safety car the race was stopped to allow the Audi to be recovered.

The race was restarted behind the safety car, and Tarquini once again made a great getaway to keep his lead from Björk, Rob Huff and Jean-Karl Vernay. But the field only managed about a lap of racing before the safety car was called on again.

Nobert Michelisz, relegated from second on the grid to the back after his engine failure in qualifying, lost the front-left wheel from his BRC Racing Team Hyundai i30 N TCR.

The race, which was broadcast live on Facebook and OSCARO.com in certain territories, got underway once again as the field started lap 11, with Tarquini sprinting away to lead from Björk. The Swede’s YMR Team Hyundai i30 N TCR hustled Tarquini’s BRC entry all the way to the flag, but couldn’t find a way past on the tight 2.90-kilometre Circuit Moulay El Hassan.

“I know my child!” laughed Tarquini after the race as he referred to his new Hyundai, which he’s played a key role in developing. “I pushed my child at the start because I knew the start was the key. After that I was relaxed because it would have taken a strong job to overtake around here – almost impossible.

“This is a good, good win – especially because I am the oldest! They talk about my pension, but here I am, still learning and still enjoying my racing.”

Behind the top two, Huff scored a podium from his fourth place on the grid for Sébastien Loeb Racing, with Vernay collecting a solid fourth for Audi Sport Leopard Lukoil Team.

Esteban Guerrieri was an unhappy seventh after losing ground at the initial start following contact with Bennani at the first turn. The Argentinian subsequently lost contact with the battle for the top six places, while Bennani was handed a 10-second time penalty.

The top 10 was rounded out by John Filippi who spent the race fending off the attentions of touring car legend Yvan Muller. The four-time world champion almost crashed into the back of Filippi’s Team OSCARO by Campos Racing Cupra TCR on the last lap, but just controlled his slide enough to avoid contact and return his eponymously entered Hyundai to the paddock unscathed in P11.

Racing continues on Sunday afternoon with Race 2 due to get underway at 16h45 local time. Before then, however, is Second Qualifying from 10h30. 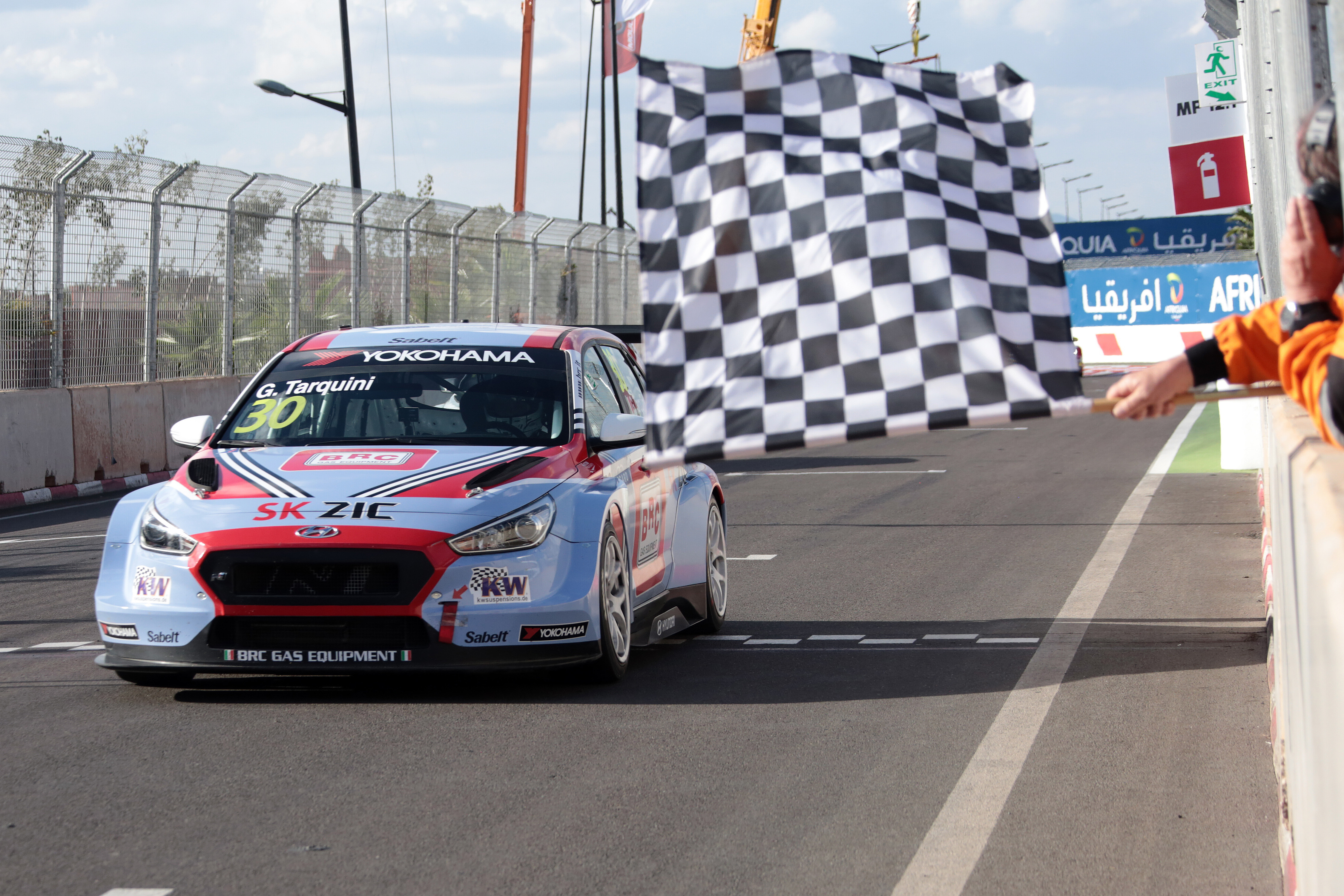