WRC – Ogier on track for victory; three-way fight for second as Meeke goes off

WRC – Ogier on track for victory; three-way fight for second as Meeke goes off

At the end of the second full day of competition on the Tour de Corse, the fourth round of the FIA World Rally Championship, Sebastien Ogier heads the field with an impressive 44.5 second advantage and the Frenchman is on course to notch up a second WRC Corsican victory. Behind the Fiesta WRC driver, however, the battle has been raging for the final podium positions and Kris Meeke, Thierry Neuville, Ott Tanak and Esapekka Lappi were all split by a mere 13.5 seconds going into the final stage. However, Meeke went off the road into retirement, leaving the fight in the hands of Tanak – who also overhauled Neuville – and fourth-placed Lappi.

This afternoon the crews returned for a second run through this morning’s stages. Ogier remains comfortable in the Championship-winning Fiesta but isn’t taking any risks as he bids to extend his lead in the Championship with a win. Meeke, Neuville, Tanak and Lappi have all been battling behind the Frenchman. After the second stage Meeke and Neuville were, remarkably, tied in second with Tanak just 3.1 seconds further adrift. Meeke lost some time with a lock-up in the first stage while Neuville was down on grip, but both have been pushing to the maximum to claim the coveted second position. It was Meeke who made the error though, the Northern Irish driver mistaking a pace note and going off the road in the final stage, too fast into a corner. Tanak was joint fastest through the final stage to overhaul Neuville by one-tenth of a second, but a flying Lappi is hunting down the pair of them and is now 10.3 seconds adrift after setting two fastest times this afternoon.

The Finn is a transformed man today; overnight changes to the suspension and differentials have increased his confidence and he was fastest through the afternoon’s opener. He has slashed the deficit to those in front and is now well and truly in the podium fight after going joint fastest in the final stage too. Sordo, in fifth, benefitted in the first stage with a good set-up but lost out in the second with understeer. The Spaniard nevertheless needs to press on with Elfyn Evans hot on his heels, just 3.1 seconds behind in sixth. Andreas Mikkelsen is seventh and rounds out the leading world rally car drivers. Jari-Matti Latvala went into retirement after hitting a tree and Bryan Bouffier was forced out with an engine problem. Sebastien Loeb set another fastest time this afternoon, once again showing he has lost none of the talent that has rewarded him with nine WRC world titles.

Asphalt expert Jan Kopecky is eighth overall and leads the FIA WRC 2 Championship category ahead of Fabio Andolfi, youngster Ole Christian Veiby losing second position in the final stage with a gearbox problem. Jean-Baptiste Franceschi has maintained his lead in the FIA Junior WRC Championship standings this afternoon and has extended his advantage over Terry Folb.

The final day of competition on the 2018 Tour de Corse takes in just two stages on Sunday but kicks off with the longest test of the event, the daunting 55.17 kilometre Vero-Sarrola-Carcopino. The event then closes with the televised Power Stage ahead of the finish in Ajaccio. 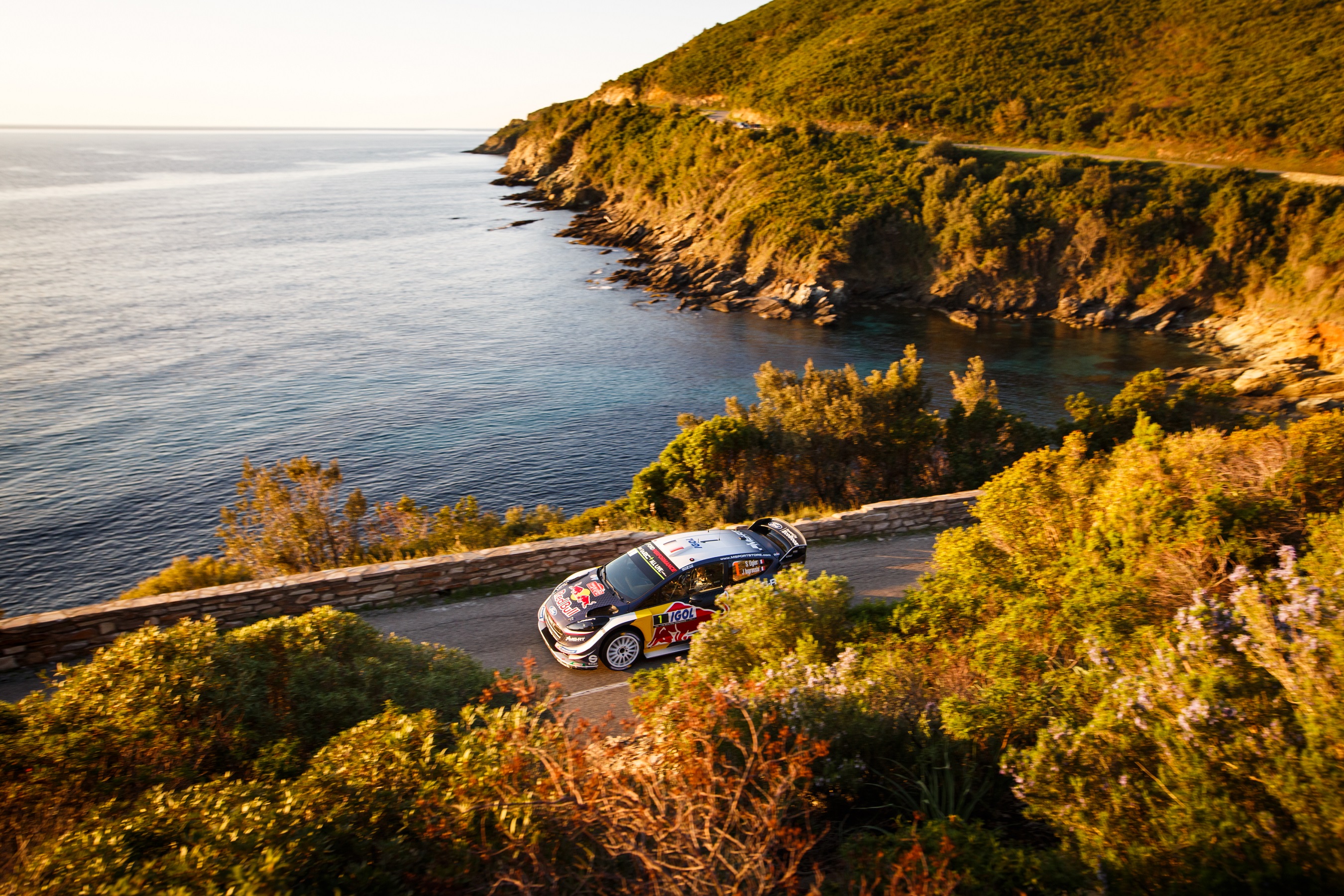