Speedmachine festival billed as a game-changer for motorsport

Speedmachine festival billed as a game-changer for motorsport

Speedmachine festival, the centrepiece of the 2018 World Rallycross Championship presented by Monster Energy season, will change the way motorsport engages with fans when it revs into action as part of the first World RX of Great Britain to be held at Silverstone, according to the series’ Managing Director Paul Bellamy.

The iconic ‘Home of British Motorsport’ this week played host to the official 2018 World RX pre-season launch and test with the majority of this year’s contenders getting the opportunity to kick up the dust on the purpose-built circuit for the first time.

As well as officially heralding the start of what promises to be a closely-contested season, the launch offered a tantalising glimpse of what to expect on May 25-27 when Silverstone will be transformed for Speedmachine, a large-scale festival with motorsport right at its heart.

With World RX providing spectacular action on the track, Speedmachine’s packed entertainment bill ensures there is something for everyone. This includes headline live music from the likes of Dizzee Rascal, Lethal Bizzle and Ministry of Sound, Esports, drifting, iconic car displays and the very best street food, not to mention a truly unique opportunity for attendees to get behind the wheel of a performance car and drive the world-famous Silverstone Formula 1 circuit.

It is an innovative approach that has the potential to transform the traditional motorsport racing weekend, according to Bellamy.

“We’ve all seen the growing popularity and diversity of festivals in recent years, so to combine a full entertainment package with World Championship racing is a brilliant way for fans to get more from their motorsport.

“Speedmachine allows all event-goers to watch world-class drivers as part of a bill that also encompasses many festival elements, such as live music, food from around the world, exhibitions, Esports and an exclusive opportunity to get behind the wheel and test drive cars around a historic circuit.

“We want Speedmachine to be an inclusive experience for everyone and we firmly believe it will revolutionise the way high-profile motorsport events are conceived in the future.”

It is a sentiment echoed by leading drivers, who say the first-of-its-kind event will simply heighten the exhilarating nature of the World RX Championship action.

“Speedmachine will put on a great show for fans to enjoy,” commented Team Peugeot Total World RX driver and nine-time World Rally Champion Sebastien Loeb. “Even if you’re enjoying World RX for the first time, the slick fast-paced format of the championship works perfectly with the festival vibe Speedmachine represents. I think everyone will love it!

Nathan Heathcote, who will fly the flag for Great Britain in the RX2 class, added: “It’s always a pleasure to drive in front of your home crowd but Speedmachine is going to make the World RX of Great Britain even bigger and better. Rallycross events are never anything less than an exciting experience so to add music, exhibitions, demonstrations and test drives into the mix will create such a buzz for us drivers.”

In addition to the on-track action and headline music acts, Speedmachine will thrill motorsport enthusiasts with a host of classic Group B rally and rallycross displays and demonstrations, an exhibition of legendary machinery from Prodrive – including MG 6R4s and WRC-winning Subaru Imprezas – and a show of spectacular metal from The Players custom car experts.

Meanwhile, e-gamers will get the chance to taste victory themselves behind the virtual wheel of a World RX Supercar as DiRT 4 takes over a section of Silverstone’s iconic Wing paddock. 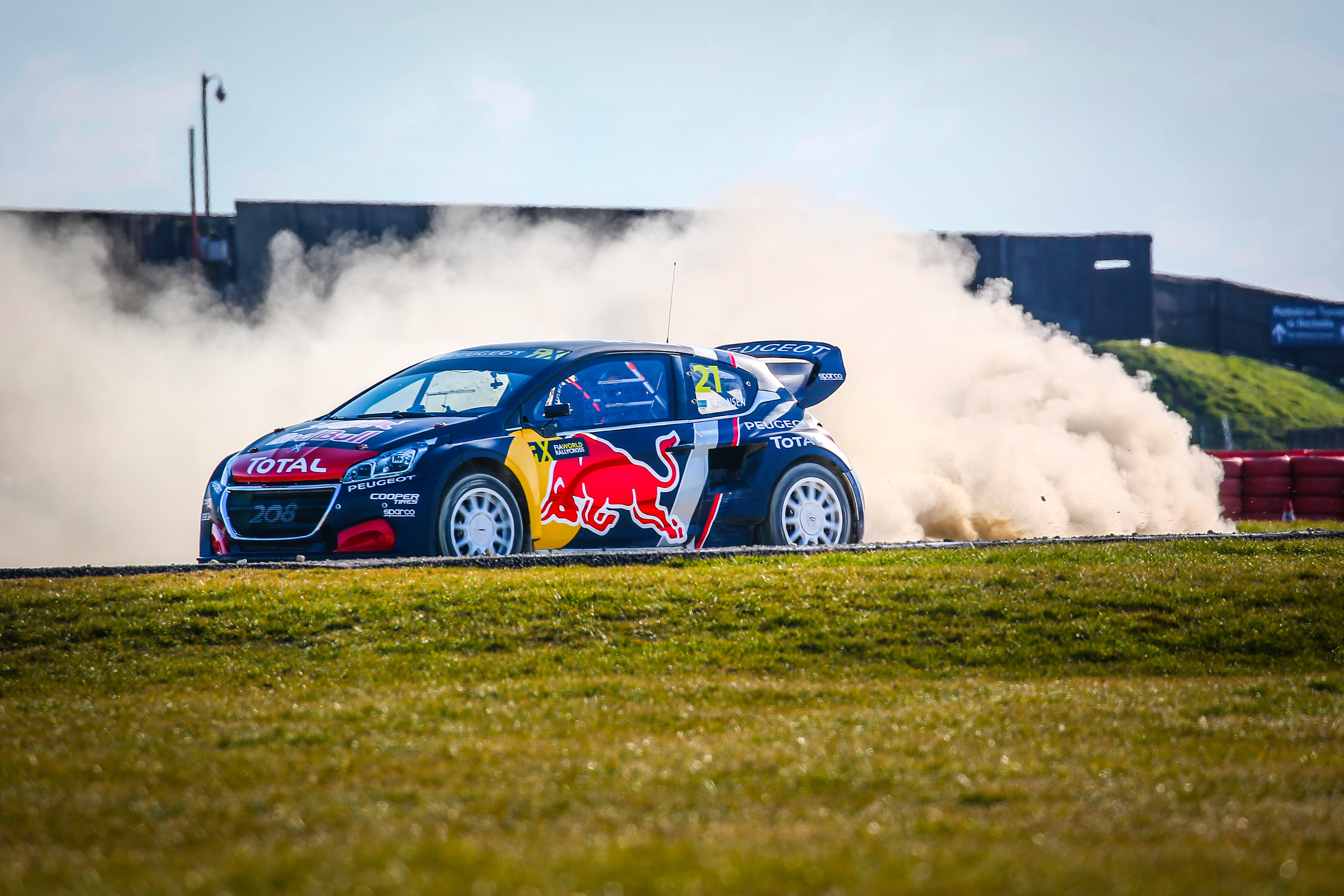