Sonora Rally, Day 2: A battle in the dunes

Sonora Rally, Day 2: A battle in the dunes

Skyler Howes and Garrett Poucher pushed hard through the dunes drawing on experience gained at the Sonora Rally navigation course held in February. Poucher, who grew up riding the Glamis Dunes in Southern California, said, “Compared to Glamis, these dunes are a lot bigger and softer in many areas. Skyler and I were in a battle up until the gas stop. I had about a six-minute lead coming in, but I had a technical issue I had to deal with and that set me back.” 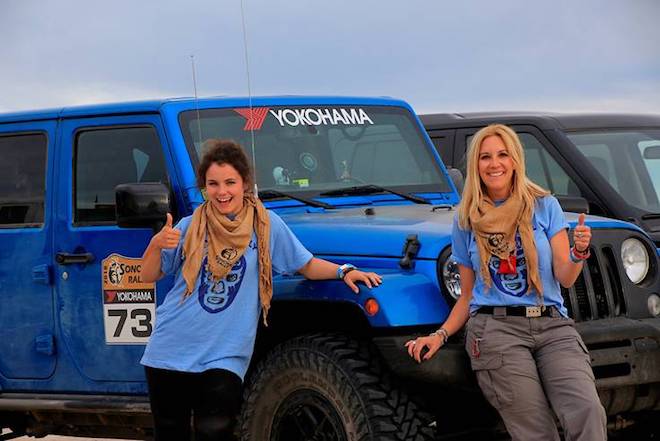 The big action of the day was in the UTV class. For over 70 miles, Casey Currie (pictured above), Kellon Walch, and Dave Sykes (pictured, top) ran parallel routes within sight of each other, ducked behind dunes in an effort to shake their competitors, and took turns running out of gas. Sykes told the story of the battle and recounted how at times he and Currie were 100 feet apart, choosing different lines over the dunes and still dropping in as if synchronized – an amazing feet in the expanse of dunes. Currie was pumped about his day.

“Now I understand why they say that Dakar is one the hardest races. There’s just so much coming at you, so many variables, and so different than any other kind of off-road racing,” he related. “In Baja, I know the routes, I know the dangers, but here, you have no idea what’s ahead. And to be in battle like we had today with Rally Raid experienced guys like Walch and Sykes, really elevated what we’re doing. All of sudden, it went from just having fun and understanding what’s going on, to let’s put it to the test. And for me, being under that kind of pressure is what I live for.” 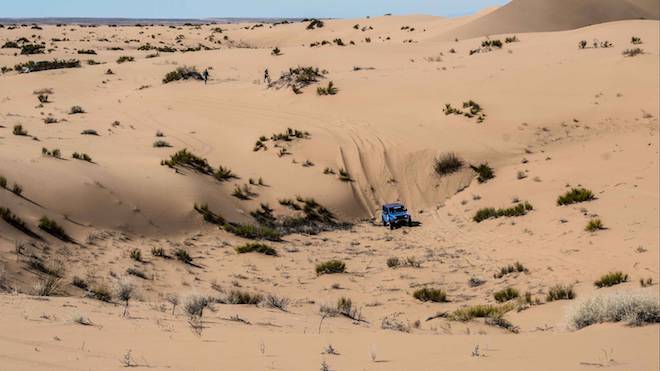 For us and the rest of the Safari class, today, we all had a better understanding of what we were up against. [REALLY. BIG. DUNES.] The previous day’s experience made for a better day in our Jeep (pictured above). Sydney, who has never been in dunes before or navigated, was relaxed and on point. She even found time to play at her day job, doing a line of flips across the dunes.

Yesterday every ounce of her being told her not to be calm, but today she was relaxed and loving every minute. It’s exactly that kind of transformation that makes this Rally Raid racing in giant dunes so incredible. Everyone participating, no matter their experience level, is put out of their comfort zone at some point and comes back with a sense of accomplishment the size of a Sonora Dune.