Alexander Rossi claimed the bragging rights in the final warm-up session ahead of today’s Verizon IndyCar Series season-opener on the streets of St Petersburg.

The 2016 Indy 500 winner rattled off a 1m01.6182s to claim the top spot in his No.27 Andretti Autosport car, beating AJ Foyt Racing’s Tony Kanaan by 0.04s. Rossi’s Andretti Autosport teammate Ryan Hunter-Reay rounded out the top three ahead of Gabby Chaves and defending champion Josef Newgarden.

Zach Veach was quickest of the rookies, his 1m02.6113s placing him just ahead of fellow debutants Jordan King and Matheus Leist and 12th overall, while pole-sitter Robert Wickens ended the morning in P20.

A largely uneventful session was interrupted by one brief stoppage when a piece of track signage came loose, but the problem was fixed with minimal delay. 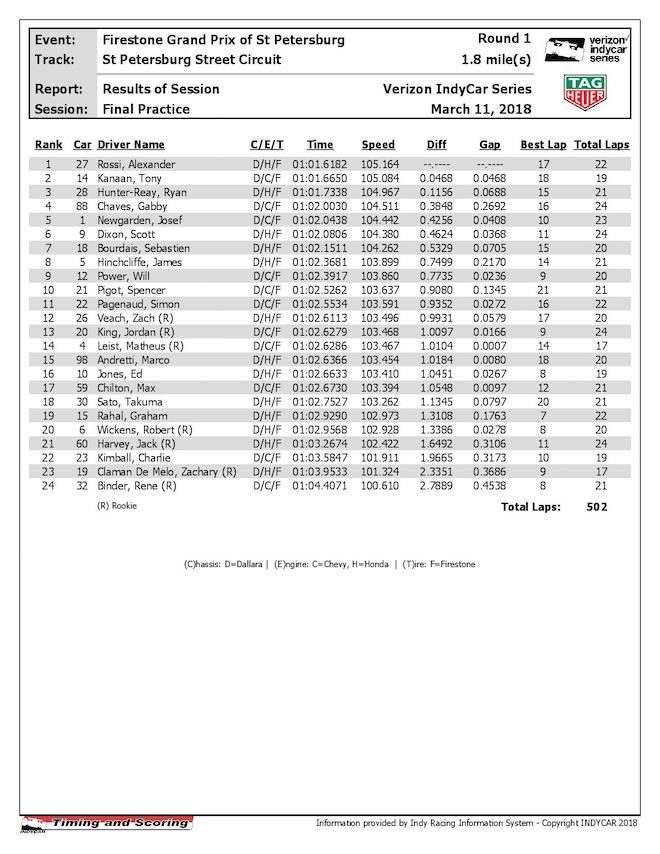