Rally Mexico got underway last night in the UNESCO world heritage city of Guanajuato and as always delivered the Championship’s most colourful and impressive start ceremony and opening super special stage through the city’s streets and old mining tunnels. Thierry Neuville was the pacesetter through the cobbled, largely subterranean stage but today the crews headed into the mountains for two loops of tough gravel stages combined with some short street stages back in Leon.

Kris Meeke initially set the pace, his charge aided by a more advantageous road position, but it was Sordo who powered ahead in the following two stages, really capitalising on his running position to inch ahead of Meeke. The Northern Irishman had a big moment in the third stage and is now in a tight battle with team-mate Loeb who is just 1.3 seconds adrift. The Frenchman, who has been out of full time rally competition since 2013, could never be discounted despite him admitting he had no idea where his pace would be in relation to his rivals. He is performing like a true champion, also taking advantage of a very favourable road position, and has moved from a cautious 10th last night to third overall.

Ott Tänak heads Toyota’s assault in fourth position and the Estonian seems to be managing a general overheating problem that has afflicted all three Yaris WRCs better than his team-mates who are down in seventh and 10th positions. He is just a handful of seconds behind Loeb and until the cars reach service, the team will not be able to analyse data and compare the performance of their cars. Sébastien Ogier, running second on the road, has managed the situation well and is fifth, 10 seconds adrift of Tänak despite some suspension issues during the morning loop of stages. Andreas Mikkelsen is chasing but admitted if he pushes harder he loses the rear end of the car and gets out of the lines. He is however just 1.3 seconds behind the reigning world champion. Championship leader Thierry Neuville has had the toughest of the conditions running first on the road and the Belgian was down in seventh, 43.7 seconds adrift of the lead going into the morning’s last street stage. However, he dropped over 20 seconds in the last 1.11 kilometre stage with an engine problem and is now ninth overall. Jari-Matti Latvala appears to have been affected worst by Toyota’s temperature issue and has had to drop into road mode on occasion to help the cooling. The team is however confident the Yaris is managing the situation as it planned and the Finn is seventh at the mid leg service. Teemu Suninen, in the third Fiesta WRC, is ninth and won the street stage, and Esapekka Lappi is 10th, the Finn dropping time in the street stage with a stall in a hairpin. After setting a good pace earlier, Elfyn Evans rolled in the third stage and while he managed to continue, has dropped nearly three minutes.  In service, however, the team retired the crew suspecting co-driver Dan Barritt was suffering from concussion.

The FIA WRC 2 Championship contenders have struggled and many have fallen by the wayside. Reigning champion Pontus Tidemand heads the category with Gus Greensmith second, albeit over two minutes adrift. Tom Williams, the only competitor in WRC 3, made it through the morning stages. 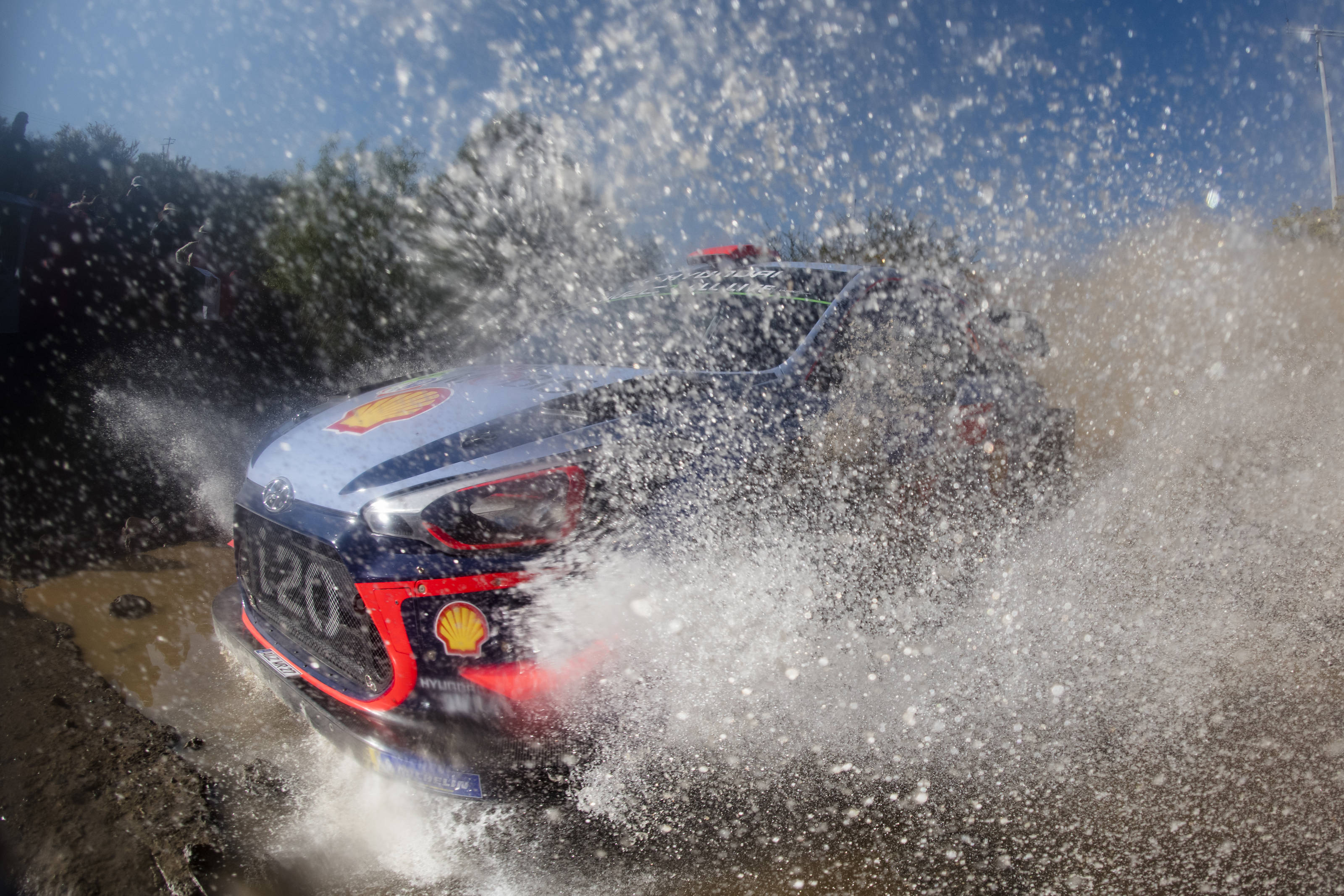