*Molinaro: “Girls can do good in all motorsport with right attitude, passion and dedication”

Molinaro, a 20-year-old rising talent from Italy and winner of the ERC Ladies’ Trophy in 2017, will become the first female driver in history to sign up for a season-long ERC campaign in an R5 car following her graduation from the FIA ERC Junior Under 27 class. She will also be eligible for FIA ERC Junior Under 28, the category for young stars in R5 cars, which will reward its champion with a prize drive in a World Rally Car on a European round of the WRC in 2019.

Molinaro made her competitive debut in a Ford Fiesta R5 on the world championship-counting Rally Sweden last month, finishing P15 in her class. She will begin her ERC Junior Under 28 campaign on the Azores Airlines Rallye from 22-24 March. She has yet to confirm her programme thereafter but is working on securing the funding to tackle all six ERC Junior U28 rounds with the G.Car Sport team from Italy.

“I am over the moon and super-excited to drive an R5 car, even if right now only Azores is confirmed,” said Molinaro. “It’s really amazing to have the chance to participate in such a brilliant rally and I am even more happy to be part of the ERC family once again. If we are able to find the necessary budget for the rest of the season, I would really like to continue in ERC Junior U28 as it’s a great opportunity to grow.”

On the challenge of driving an R5 car, Molinaro said: “It’s hard to know if I am ready for this big step because of my experience but I got his opportunity from the car owner and it would be stupid to say ‘no’! Anyway it will be so much fun to drive this car and a big opportunity to learn. I am really lucky.”

In between her preparations for the Azores Airlines Rallye and her ERC Junior U28 debut, Molinaro is celebrating International Women’s Day and has this message for female drivers aiming to follow her lead. “I truly believe that girls can do really good in every kind of motorsport, with the right attitude, passion and dedication. For me, the biggest quality you must have is being strong; it’s a difficult world and you have to be ready for everything. Everyone needs to understand you just want to be respected as everyone else. I like to see girls involved in rallying when they are just themselves, simply loving and respecting the sport.”

Jean-Baptiste Ley, the ERC Co-ordinator, said: “We are really pleased that Tamara is taking the next step on the rallying pyramid by registering for the FIA ERC Junior Under 28 Championship. Although graduating to an R5 car presents a big challenge for any driver, Tamara has the ability to make the most of the opportunity and the right mindset to take advice on board and build on her experiences.” 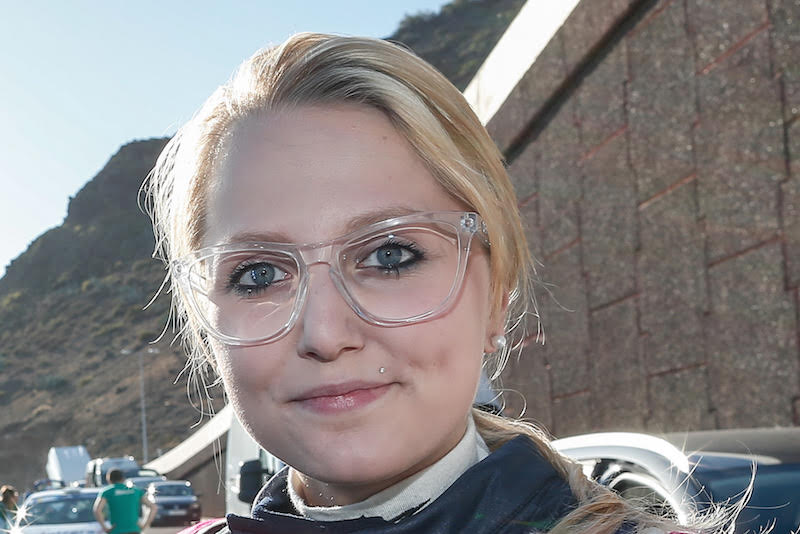