ERC - Vallentin steps up to ERC Junior with big ambitions

ERC - Vallentin steps up to ERC Junior with big ambitions

Danish prospect Simon Vallentin will be aiming high when he steps up to the FIA European Rally Championship’s ERC Junior Under 27 category in 2018.

As well as trying to emulate compatriot Henrik Lundgaard by winning the European championship, Vallentin wants to go one better by becoming Denmark’s first world champion rally driver in the future.

He has chosen the ERC Junior Under 27 Championship for the clear path of progression it provides from the lower level of rallying to the sport’s top tier.

If Vallentin wins the ERC Junior Under 27 title this season, he will receive a grant of 100,000 euros to graduate to R5 machinery for an ERC Junior Under 28 bid in 2019. And if he claims back-to-back titles then the 26-year-old will be handed a one-off prize drive in a World Rally Car on a European round of the global series in 2020. He is now hard at work to secure the funds needed for a full campaign.

“It is my goal and my biggest dream to become a factory driver and then Denmark’s first world rally champion,” said Vallentin. “Therefore we have chosen to participate in ERC Junior. My goal is to run all six rounds, providing we can get the budget of course, but I never drive to become number two so we will do everything to place ourselves as high as possible. We know there are many talented youngsters so we must do our best. There are six new events to learn and I’m very excited about the challenge.”

Of Henrik Lundgaard, the Dane who won the overall ERC title in 2000, Vallentin added: “Since I was a kid I look up to Henrik. He is a big inspiration for me, also the biggest rally champion we have so far in Denmark, and it’s too long ago since a Danish driver took the European championship.”

Vallentin will drive a Peugeot 208 R2, hired from Renato Pita Motorsport Events, on the Azores Airlines Rallye (22-24 March) before switching to an Opel ADAM R2 run by Aleks Zawada’s Poland-based MSZ Racing team. Funding permitting, Vallentin plans to see out the remainder of 2018 with MSZ, for whom he drove on selected events last season, and more details on MSZ’s exciting plans for 2018 will be announced next month. Jeannette Kvick, also from Denmark, will co-drive Vallentin.

Jean-Baptiste Ley, the ERC Co-ordinator, said: “Simon is a driver we have always admired for his dedication and determination, and we’re very pleased he’s been able to put together a programme to step up to ERC Junior for 2018 – a category designed to help drivers climb the first important step of the international rallying pyramid. As well as the high-level competition he’ll face, Simon will join his fellow ERC Junior U27 drivers by enrolling into the ERC Junior Experience training programme as part of his championship registration package.” 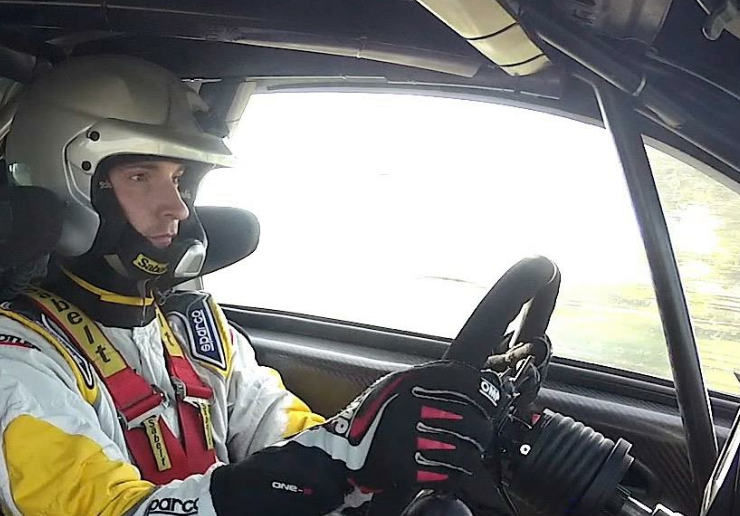