Looking at the field for this weekend’s Pirelli World Challenge GT opener at the Firestone Grand Prix of St. Petersburg, one might be hard-pressed to tell that it’s the same series that raced here in 2017. The field has shrunk from 25 cars to 12 – eight GT and four GTA entries. There is only one full-time driver returning with the same car and team as in 2017, Daniel Mancinelli in the TR3 Racing Ferrari 488 (pictured above), and that team and driver were a complete surprise in St. Pete a year ago. There is only one past champion in the field, Alvaro Parente, and his K-PAX Racing team has switched from McLaren to Bentley (pictured below). 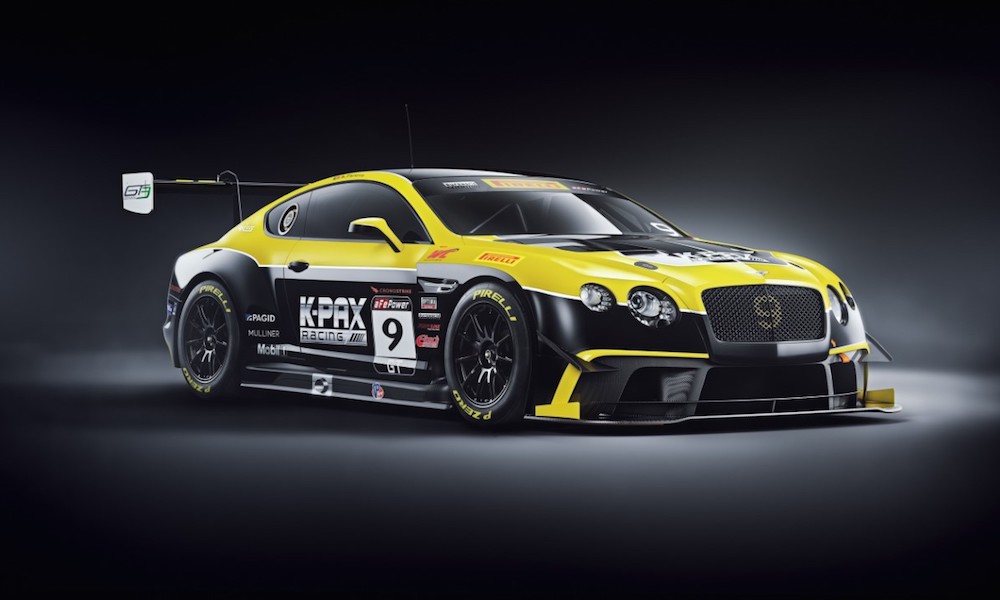 Gone are the factory or quasi-factory teams such as Cadillac Racing and the RealTime Racing Acuras, as the series concentrates on customer racing programs. Wright Motorsports and defending champion Patrick Long are seeking a different challenge in the IMSA WeatherTech SportsCar Championship. There are no GT Cup entries (although some, along with more GT entries, are expected in SprintX races).

“I think GT in 2018 is going to be what we went through in GT4 in 2017, which was a year in transition,” says WC Vision President and CEO Greg Gill. “When I was at St. Pete with GTS last year and I think we had 16 cars entered and 13 cars on the track, longtime GTS competitors were sending me notes via text: ‘Greg, do you think maybe you want to combine the classes?’ ‘Boy, that’s looking pretty lean there compared to the days of 30-plus cars in GTS.’ We’re looking at the same type of transition this year in GT3.”

The GTS field has exploded compared to last year, with new teams and new cars. Many of those are some who competed in GT last year.

“We went through the normal evolution of cars being at one entry level price and suddenly they are triple the price they were in 2013 in some cases, in most cases double. That had a natural reaction to it. Drivers are looking at incredibly difficult cars and saying, ‘Is that how I want to spend my annual budget and is that going to be the most fun? Oh, wait a minute, GT4 has a more affordable car and I think I can do that better.’ That’s really hurt GT3.

“Also there is the evolution of where do factories go to field a team?” Gill adds. “We had both Cadillac and Acura strongly backing teams – Cadillac was very clearly a factory effort, and Acura had a definite team involvement for many years, although it was not a full factory effort.”

What the field lacks in quantity, however, it makes up in quality. The GT field is made up of strong teams and drivers with proven track records. It will still feature Aston Martin vs. Bentley vs. Ferrari vs. Mercedes-AMG vs. Porsche and now Corvette.

Callaway Competition enters its GT3 Corvette – now permissible by GM with the Cadillac GT3 effort falling by the wayside – with Daniel Keilwitz, a German ADAC GT Masters champion (pictured above). Mancinelli, who finished fourth in the 2017 championship with three SprintX wins, returns with TR3. Toni Vilander, an FIA GT2 champ and two-time class winner at Le Mans for Ferrari, joins R. Ferri Motorsport in a 488. Daniel Morad, who drove with Ryan Dalziel to two SprintX wins in 2017, comes back to CRP Racing to drive the Mercedes-AMG for the full season. 2017 Rolex 24 At Daytona winning team Alegra Motorsports comes to the series with Danish Porsche factory driver Michael Christensen piloting its 911 GT3 R. Joining them in the Porsche camp is Scott Hargrove and Pfaff Motorsports. Finally, TRG has a renewed effort with Spencer Pumpelly behind the wheel of its Aston Martin V12 Vantage. Any one of these, along with Parente in the Bentley, are capable of winning on any given weekend.

In GTA, Lamborghini has a regular entry PWC GT3 with 2017 GT Cup champion Yuki Harata. He’ll be facing Rodrigo Baptista in a second K-PAX Bentley, former GTA champion Martin Fuentes in a Ferrari 488 and, like Baptista moving up from GTS, Parker Chase in a TruSpeed Autosport Audi R8 LMS.

It’s a field of good cars, but there’s no question that it’s smaller than the series has seen. The race at the front isn’t likely to change, but it will be up to fans if a fantastic race between six cars with another six spread out behind them is as good a show as a great race between six cars with another 18 cars spread out behind them. Gill thinks things are moving in the right direction with the focus on customer racing.

“We’re getting more Ferraris on the grid. More Porsches on the grid. They recognize that now they are not competing with someone who has three to five times the budget. Now I think we are going to see a transition. Is that transition going to be an explosion in GT3 numbers? I don’t think so. But it is something that’s going to shake out over the period of the year and we will say this is where GT3 is going to fall, this is what GT3 is going to look like in a sprint format. That’s what we’re going to find out. I think we are going to see a good championship,” Gill says.

He points to other positives, such as more cars expected on the SprintX grids and new Lamborghini participation on the manufacturer council. And, ultimately he believes that defining the series’ direction, even if it causes a dip in entries, is good for the championship as it heads into its 29th season.