After two consecutive winter events, the third round of the 2018 FIA World Rally Championship takes the contenders to the Americas, the sunshine and gravel that is Rally Mexico (8-11 March). Celebrating its 15-year anniversary, the León-based rally has always been a firm favourite on the calendar, consistently maintaining its signature compact route, high percentage of special stages and colourful fiesta atmosphere.

Rally Mexico is the first gravel round of the season, but like the two previous events has its own unique challenge. Running in the stunning Sierra de Lobos and Sierra de Guanajuato mountains, it is quite literally breath-taking as the contenders climb to heady oxygen-sapping heights of 2,700 metres above sea level. With this brings a reduction in power and, coupled with potentially high temperatures, yet more stress on engines and transmissions as drivers are forced to adapt their driving style to minimise the effect of the altitude.

Much like last year, the Championship is again shaping up to be a very unpredictable affair with two different winners already taking the top step of the podium. Of the 11 World Rally Car drivers on the Mexico entry list, just one – Teemu Suninen – has yet to win at the highest level. He returns with M-Sport Ford and Dani Sordo is back with Hyundai, having sat out Sweden in place of team-mate Hayden Paddon. Toyota’s three-car line up remains unchanged but the attention will undoubtedly be on the second Citroën C3 piloted by Sébastien Loeb. The French nine-time FIA World Rally Champion, who will contest three events this year, remains the sport’s most successful driver and with 78 victories and six consecutive WRC Rally Mexico wins to his name, cannot be discounted as a serious challenger, despite being out of full time rally competition since 2013.

Three stages will be broadcast live on television; SS13 (El Brinco) on Saturday as well as the two passes of the Las Minas stage on Sunday. All stages are however live on WRC All Live on the WRC+ platform. 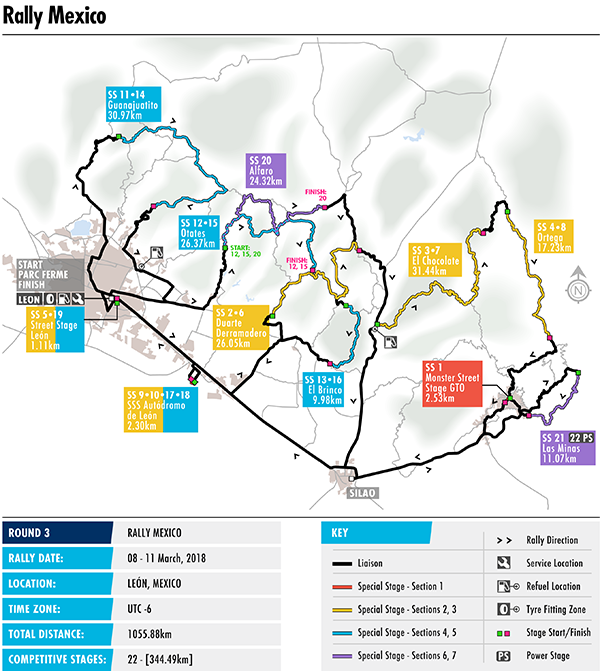 The mountain route for Rally Mexico remains largely the same as last year with only minor modifications to one of the most compact events on the calendar. This year the start and opening super special stage return to the stunning UNESCO World Heritage city of Guanajuato, where narrow cobbled streets lined with thousands of fans greet the crews and the mining tunnels provide a unique setting for the Championship’s only subterranean special stage. Friday is the longest day of action and includes two runs through the longest stage of the event, El Chocolate. This is also the highest stage of the rally running up to 2,700 metres. Saturday is virtually as long and, like Friday, is rounded off with two runs around the city’s motor racing circuit before returning to the service park for a sealed surface street stage. Sunday covers just three stages and 46 kilometres; Alfaro is run once followed by two passes through Las Minas, the latter run counting as the points-scoring Power Stage.

RALLY MEXICO TIMETABLE AND MEDIA OPPORTUNITIES ORGANISED BY THE FIA 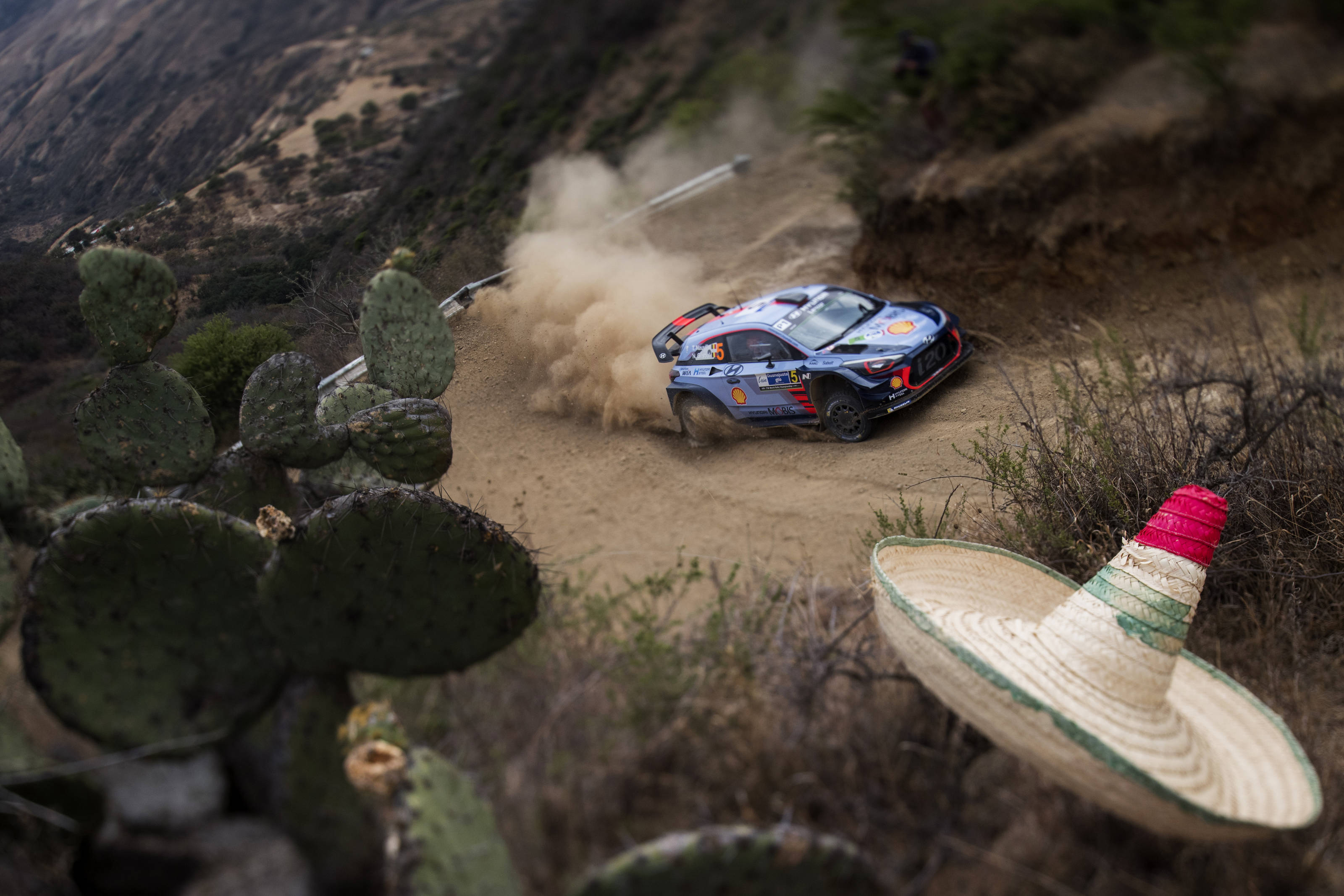