Audi Sport Abt Schaeffler’s Lucas di Grassi led both practice sessions for today’s Formula E Mexico City E-Prix. Di Grassi smashed the former lap record with a time of 1m01.158s in the opening session, and although he failed to lower it in the second session on the bumpy 17-turn, 1.3-mile configuration of the Autodromo Hermanos Rodriguez, he continued to set the pace.

Second fastest was Mahindra Racing’s Felix Rosenqvist, who posted a time of 1m01.442s, while Panasonic Jaguar Racing’s Mitch Evans was third at 1m01.506s.

For DS Virgin Racing’s Alex Lynn, a wide line on full power (200kW) resulted in him losing control midway through the turn and colliding with the wall.

UP NEXT: Qualifying at 12 p.m. local time 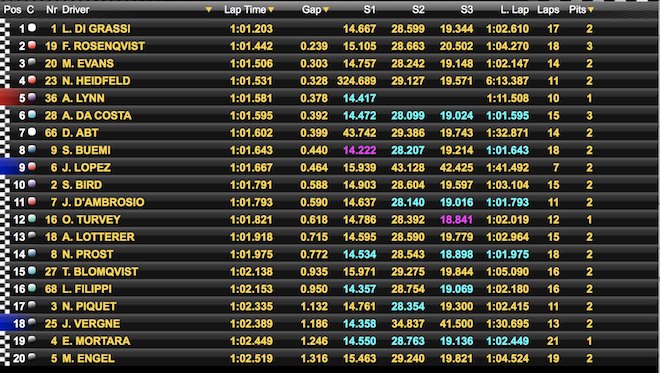