A finalized broadcast schedule for the 66th Mobil 1 Twelve Hours of Sebring has been set by FOX.

After a few adjustments were made to the original schedule, the second round of IMSA’s WeatherTech SportsCar Championship series will air on March 17 starting on FOX Sports 1 at 10:30 a.m. ET for the opening two hours of the event before shifting to FOX Sports 2 at 12:30. The race will continue on FS2 until 3:40 p.m.

IMSA.com will host live onboard camera views and timing and scoring information throughout the race for its U.S. audience, and for international viewers, the entire 12-hour race will be streamed on the series’ website. 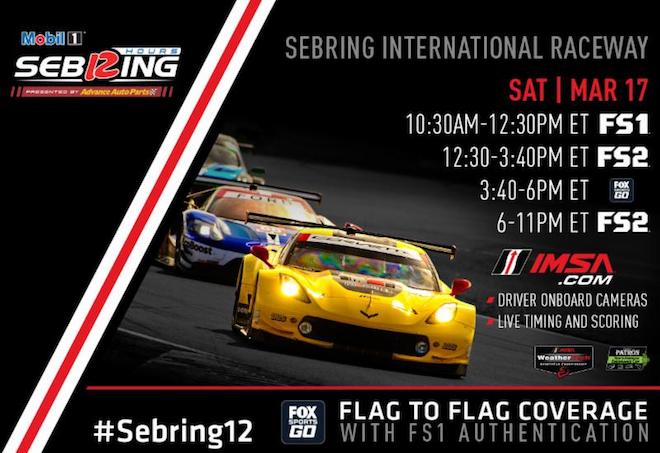