Re-signing for the Saintéloc Junior Team, Munnings will pilot a Peugeot 208 R2 in the young driver training category, which takes place on six rounds of the FIA European Rally Championship and uses Pirelli tyres as standard. Following a year of development in 2017, when she focused on building her limited experience in rallying, the 20-year-old Briton is relishing the chance to gain more knowledge both in an out of the car.

“I’m so looking forward to this year being in such a great team with my team-mates setting a really high benchmark,” said Munnings, who will partner Austrian Simon Wagner in the Saintéloc line-up. “We are all proud of the progression we made in 2017. Even though we lacked budget for any testing or practice, we were getting closer to the fastest guys. It’s like a dream to step into the car each time and I can’t wait to get started. We are still looking for some of our budget, I’m working at it every day, and we will get there.”

Munnings, who has been spending the winter working as an instructor at an ice driving school in northern Sweden, will start her combined ERC Junior Under 27/ERC Ladies’ Trophy campaign on the Azores Airlines Rallye from 22-24 March during what will be an extremely busy year. “There’s also a project running alongside the rallying,” Munnings said. “I can’t give details just yet, but it’s very exciting and not something I ever thought I’d be able to do so watch this space!”

Vincent Ducher, the Saintéloc Racing Team Manager, said: “I remember when Catie came to Rallye Monte-Blanc in 2015 for her first rally mileage with our Peugeot 208 R2 during a customer test session. She had just got her driving licence without any experience. Since then she has improved a lot with only limited rallies and we are happy to help her in growing her rally career. We have already planned some test sessions and training as part of our programme for young drivers. This will begin with our first test on 28 February followed by a mechanical workshop and physical training in the south of France.”

As well as being in contention for ERC Junior Under 27 honours and the 100,000 euros career progression fund on offer to the champion, Munnings will be enrolled into the ERC Junior Experience, a series of training workshops and seminars organised during the season, which is part of the ERC Junior U27 entry.

ERC Co-ordinator Jean-Baptiste Ley said: “It’s really good news that Catie has again chosen ERC Junior Under 27 to build her experience. She’s made huge progress in a short space of time and we look forward to following her ongoing development in 2018.” 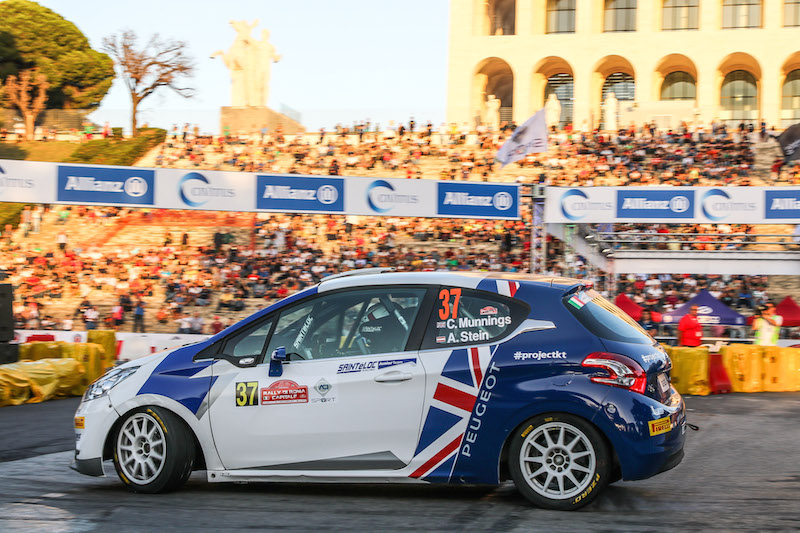