Thierry Neuville and Nicolas Gilsoul won Rally Sweden to become only the third non-Nordic crew to claim victory in 66 editions of the Scandinavian classic. The Hyundai duo, who led for all but two stages, took a 19.8 second winning margin over Craig Breen and Scott Martin, the Citroën crew claiming the French manufacturer’s first podium of the season. Andreas Mikkelsen and Anders Jæger completed a great weekend for Hyundai in third position, elevating the Korean team to the top of the Championship standings.

After a disappointing outing in Monte Carlo which resulted in the team being bottom of the standings, Hyundai now tops the leaderboard by just one point over Toyota. Citroën remains third and M-Sport Ford has dropped to fourth, the team outside the podium positions for the first time in 14 events. Thierry Neuville’s victory, plus two additional points in the Power Stage, sees him at the top of the Drivers’ Championship, 10 points ahead of Sébastien Ogier.

Sunday’s route was by far the shortest and took in two runs through the 21.19 kilometre Likenäs stage before the concluding Torsby Power Stage. Neuville dropped eight seconds to nearest rival Breen in the first stage, taking it cautiously and confirming his pace notes for the second run, where they regained some of the time lost. He was never pushing for maximum points in the Power Stage but nevertheless claimed extra points for fourth quickest en route to his seventh WRC victory. Breen admitted his pace notes were a bit slow in the first stage but powered on to finish a WRC career-best in second overall. Andreas Mikkelsen, in only his fifth event with Hyundai, has had a good weekend. He thought he had a puncture in the penultimate stage so was a bit cautious, but ultimately the Norwegian took his first top three finish with the Korean manufacturer despite hoping for a little more from the event.

Esapekka Lappi was on a mission today and the Finn claimed two of the three stage wins. He moved ahead of Mads Østberg into fifth in the opener when the Norwegian struggled again with the set-up of the car, and closed to within 2.9 seconds of Hayden Paddon in the penultimate stage. When Paddon hit a snow bank and stalled in the Power Stage, Lappi eased into fourth position with his second fastest time, taking maximum additional points in the process. His team-mate Jari-Matti Latvala didn’t have the event he’d hoped for, having taken Toyota’s maiden victory this time last year. Despite the car feeling good, he had a diff problem in the first stage and ultimately finished seventh. Teemu Suninen was the lead M-Sport Ford driver in eighth position, taking valuable points for the team with both Eflyn Evans and Ogier further down the leaderboard. Ott Tänak, ninth, took one of the stage wins and managed to salvage another point for fourth on the Power Stage. Ogier was elevated to 10th after team-mate Evans incurred a lateness penalty, dropping him to 14th.

The FIA WRC 2 Championship was a thrilling event-long battle between Takamoto Katsuta and Pontus Tidemand. The Japanese driver held his nerve against the might of the Swedish reigning FIA WRC 2 Champion to take his first category win by 4.5 seconds. Dennis Rådström upheld Swedish honours in another close fight with fellow countryman Emil Bergkvist in the FIA Junior and WRC 3 Championships. He finished 7.3 seconds ahead after dominant performances by both drivers.

The FIA World Rally Championship contenders now head to the Americas and the first gravel rally of the season, Rally Mexico (8-11 March). 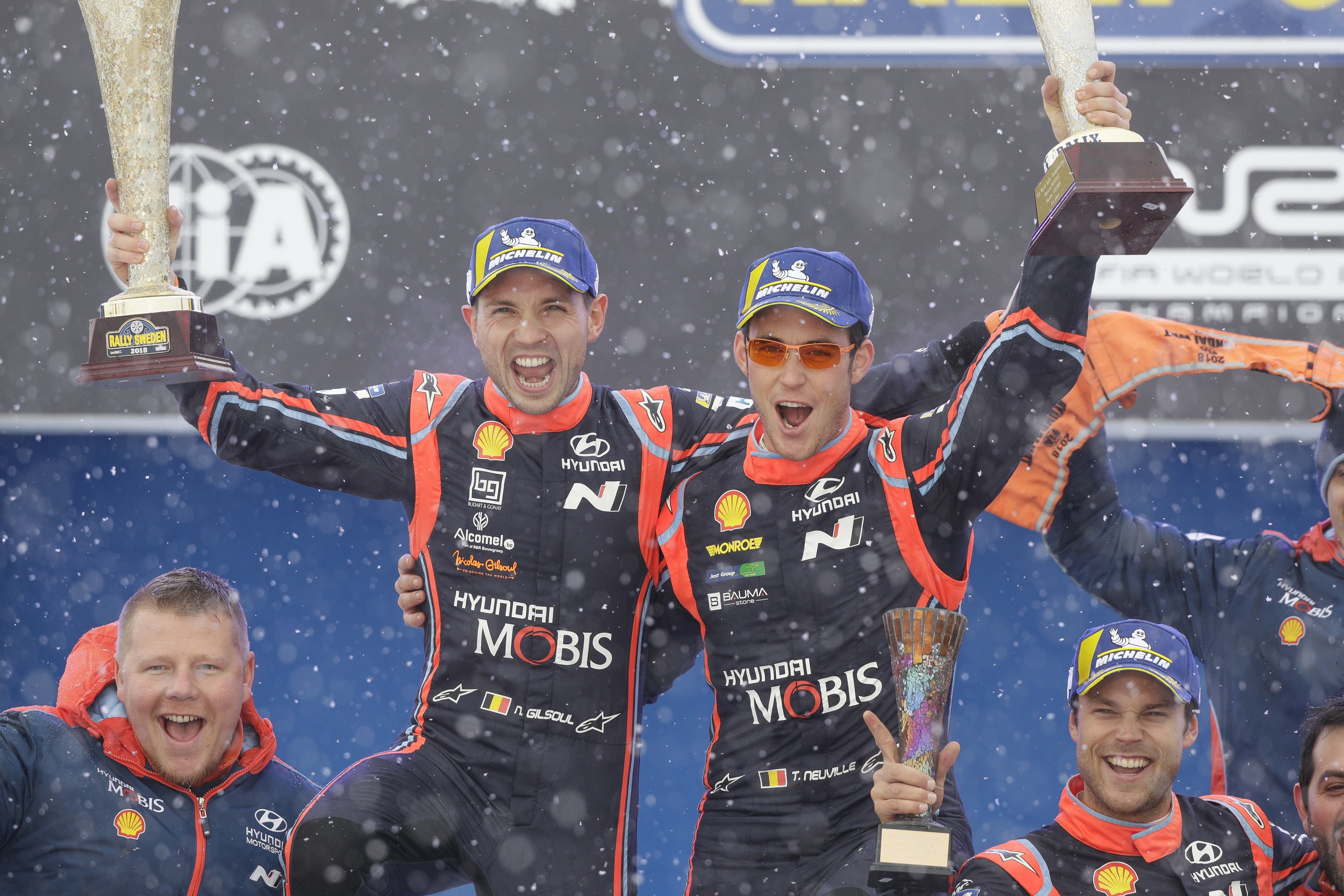