Thierry Neuville heads a Hyundai one-two after four stages of Rally Sweden, the Belgian taking a 3.7 second advantage over team-mate Andreas Mikkelsen. After a slow start, Esapekka Lappi has climbed to third for Toyota and the Finn is just 5.3 seconds off the overall lead.

Rally Sweden got underway last night with the traditional super special stage in Karlstad, but today the crews headed into the Swedish and Norwegian forests for 140 kilometres of competition over seven stages. The predicted overnight snow fell and, for the early runners, they spent much of the morning ploughing the stages of loose snow for those behind.

Early leader from last night Ott Tänak maintained his advantage with another stage win on the day’s opener, but the Estonian then plummeted down the leaderboard, struggling running second on the road. He was seventh at the mid-leg service, those behind him capitalising on their road positions. Neuville, running fifth, has the i20 Coupe WRC in the sweet spot and he won the second stage to overhaul Tänak. Fastest time for Mikkelsen in the final stage of the loop also saw him climb from fourth to second, taking full advantage of running eighth on the road. Lappi confessed to not having a great start this morning but got back in the rhythm in the second stage only to lose it again in the third after hitting something in the middle of the road and slowing fearing damage.

WRC returnee Mads Østberg is running well in the Citroën C3 WRC and the Norwegian is just 2.1 seconds behind Lappi despite struggling with braking and traction. Craig Breen is fifth after a couple of scary moments and he heads last year’s winner, Jari-Matti Latvala. Behind the disappointed Tänak in seventh is Hayden Paddon, who makes his first outing with Hyundai this season. Teemu Suninen, also in his  outing this season in the Fiesta WRC, is ninth with Kris Meeke rounding off the top 10 after starting a bit cautiously and hitting the same rock as Lappi. Reigning FIA World Rally Champion Sébastien Ogier is struggling the most running first on the road and the Frenchman is just outside the top 10 but nearly 50 seconds adrift of the lead. 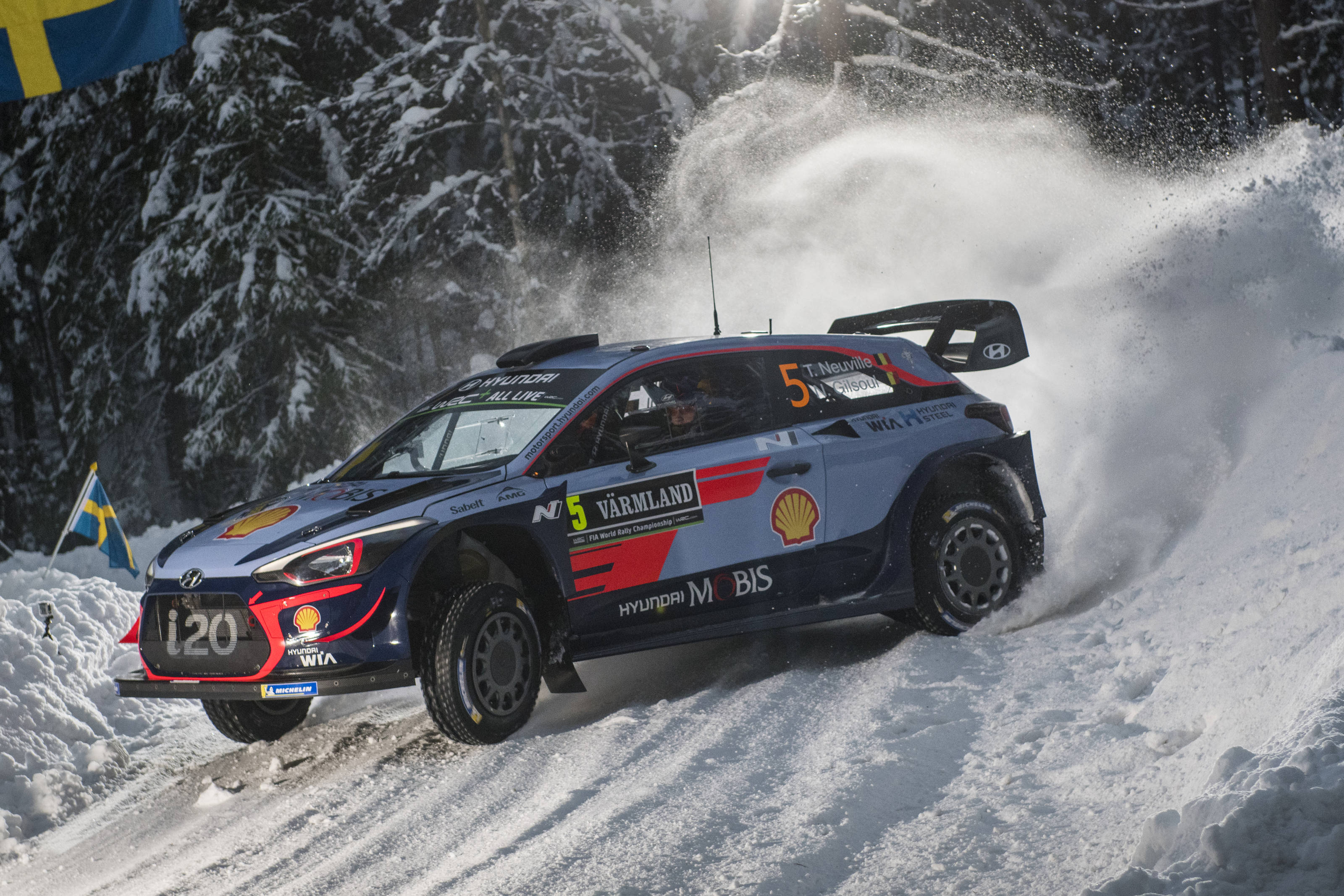