Hyundai drivers Thierry Neuville and Andreas Mikkelsen have maintained first and second positions for the Korean manufacturer after this afternoon’s four stages of Rally Sweden. Neuville remains focused on fighting for victory and is 4.9 seconds ahead of his Norwegian team-mate after 140.10 kilometres of competition in the Swedish and Norwegian forests. Hayden Paddon snuck into third position in the final stage of the day, snatching the position from Citroën’s Craig Breen by five-tenths of a second.

This afternoon the crews returned for a second run through the morning stages before coming back to Torsby for the first run of what will be the Power Stage on Sunday. Heading out, Neuville had 3.7 seconds in hand and has again capitalised on his road position, albeit aware his lines were probably also benefitting those behind. Mikkelsen admitted to being able to notch the pace up a gear if necessary, having briefly lost his second position to Esapekka Lappi earlier. He and Neuville are separated by just a handful of seconds at the end of a long and snowy day with Paddon just 7.2 seconds behind Mikkelsen, two fastest times aiding his charge from fifth to third in the final stage.

Craig Breen is a mere half a second further adrift in fourth. The Irish driver climbed from fifth to third this afternoon with two fastest times, a mistake by Lappi and a lack of confidence from Østberg. He lost out to Paddon in the final stage having hit a bank and nearly going off the road. Ostberg dropped from fourth to fifth in the final stage but remains in a fight for the podium just 13.2 seconds off the overall lead and six-tenths of a second behind Breen. He was a bit hesitant, lacking confidence, and needs to make more changes to the car this evening to get back to full competitive form. Teemu Suninen is bit further adrift in only his third outing in the Fiesta WRC and a disappointed Lappi is now down in seventh having held third going into the loop. He ran wide into a snow bank and blocked the air filter on the Yaris WRC, leaving him down on power. Team-mate Jari-Matti Latvala had a bit of a push later this afternoon when he had a better feeling and the Finn is eighth overnight. After losing so much time with his disadvantageous road position this morning, Ott Tänak will be pleased to re-set overnight and hopefully regain some positions. Kris Meeke rounds off the top 10, the Northern Irishman having a couple of big moments and then taking it a bit more cautiously. He is ahead of Elfyn Evans in 11th and Sébastien Ogier in 12th, the Frenchman sweeping the roads of loose snow and enduring the worst of the conditions all day.

The FIA WRC 2 Championship category is as close-fought as ever but Japanese driver Takamoto Katsuta has been the class of the field. He has won three of the day’s stages to overnight with a four second lead over reigning FIA WRC 2 Champion Pontus Tidemand, who in turn is also in a close battle with Ole Christian Veiby. The FIA Junior and WRC 3 Championships are being led by Emil Bergkvist, the Swede just 6.7 seconds ahead of fellow countryman Dennis Rådström. 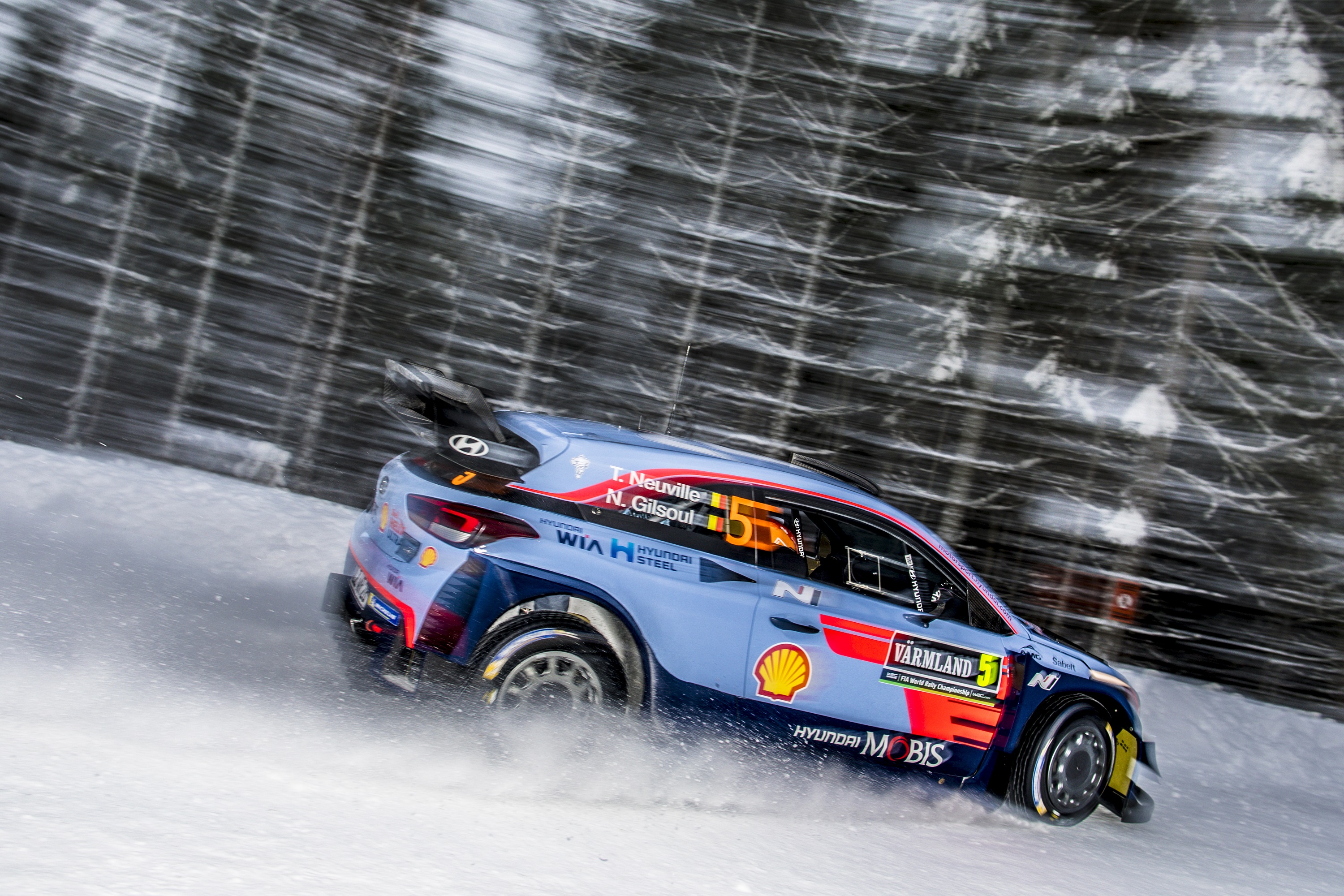