The exciting closing laps of last season’s NASCAR Cup championship finale at Homestead-Miami Speedway were about much more than Martin Truex Jr. masterfully holding off a charging Kyle Busch to win the title.

Truex and Busch both drove the season’s dominant vehicle – the Toyota Camry. Although Busch was disappointed in finishing second to Truex for NASCAR’s top prize, the fact that Toyotas swept across the finish line first and second simply underlined what was a year of domination for the Camry.

As teams prepare to open the door to a new season this week in Daytona Beach, Fla., they are shadowed by 2017 numbers that made Truex’s championship look like a lock:

In a sport in which small differences in vehicle aerodynamic shapes can translate to significant boosts in speed, Toyota Racing Development and its teams began the year with a sleek body and made it better as the months wore on. By August, Ford driver Brad Keselowski was complaining about Toyota’s supposed advantage, generating laughter from Toyota representatives and suggestions from the Camry camp that its competitors needed to work harder and talk less.

The new year brings change, although there is little reason to suggest that Toyota will give up its position of strength. Chevrolet enters the year with a new car – the Camaro – and high hopes that the vehicle’s sleek design and race-ready front end will equal significant improvement over 2017. 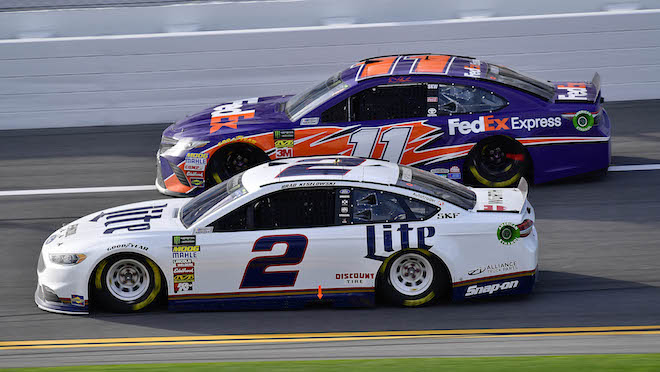 At a casual glance, Ford faces the steeper climb. Its Fusion was generally trailing in speed much of last year, and this season is likely to be its final hurrah as garage talk has the Mustang arriving as Ford’s Cup vehicle for 2019.

NASCAR rules on body design will have a new enforcement element — the Hawk-Eye camera/projection system. The Optical Scanning Station replaces the laser platform and is expected to ferret out the smallest imperfections in car bodies.

“If the new Hawk-Eye system is put in place and implemented for 2018 fully – not partially, fully – it would certainly level the playing field for Ford by enforcing the rules,” Keselowski said.

“It is inherent to the designs of the cars that some things weren’t able to be policed before that were designed into other cars that, with this system, it will eliminate it.”

That statement underlines Keselowski’s view that Toyota had advantages beyond the basic design of the Camry race car last year, a claim that, again, results in Toyota drivers – in particular Kyle Busch – suggesting that other teams show up for work earlier and leave later.

Erik Jones (pictured below), who moved from one Toyota team (Furniture Row Racing) to another (Joe Gibbs Racing) in the offseason, said he expects the other manufacturers to be improved but that work on making the Camry better also has continued. 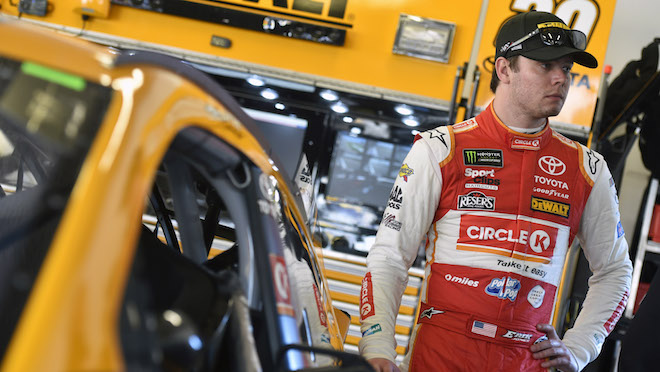 “Obviously, you’ve seen Chevrolet roll out a new product for this year,” Jones said. “We’ll have to see what that’s going to do. I think that’s going to put them in a position to catch up some. I’m sure they did their homework. You see, honestly, a lot of similarities between some of the stuff they’ve done with their car and ours.

“But I think us having a year under our belt with the new Camry is really going to make it that much better. It’s given us another offseason to develop on it.”

Ford driver Kevin Harvick said the Fusion improved during the season last year and added he looks for more gains in what should be the model’s final season.

“We may come out of the box great, but you don’t know until you get to the racetrack,” he said. “We worked through those issues last year. It took us a bit, but we might have to work at them again.”

Chevrolet driver Chris Buescher said he expects gains despite the newness of the Camaro.

“It’s a body that looks way closer to what we were competing against last season and, at the same time, maintains its own identity and carries much of the characteristics of the actual production Camaro,” he said. “I think they accomplished everything they set out to do. Now it’s a matter of fine-tuning everything.”

Chevrolet official Pat Suey said he expects the Camaro to be competitive.

“It’s a better aero platform than we had before,” he said. “The teams have busted their humps building and testing and going to the wind tunnel. I’d like to think we’re not going to struggle that badly early (because of the new-car break-in period), but we’ll see.”