On a cold, rainy day in mid-January, two visitors wandered into the new Richard Petty Motorsports shop in Welcome, N.C.

The men were hoping to take a look at the shop and shoot some photos, but a team official told them the RPM facility was not set up for tours.

They left, a bit grumpy.

It should be noted that no one in stock car racing history has been more accommodating to fans than Richard Petty, who long ago lapped everyone else in number of autographs signed. But the reality in NASCAR these days is that most things are not as big and powerful as they once were, and virtually everyone associated with the sport has had to make adjustments – some minor, some not.

In the go-go 1990s and early 2000s, with sponsor dollars flowing freely, leading teams built huge, high-tech shops that seemed to be as much about exposure as horsepower. The one Dale Earnhardt Sr. built in Mooresville, N.C. was known as the Garage Mahal, with touches of gold here and there.

Fans were invited to see the race cars in the process of being built, and shop tours often ended, like a visit to a theme park, at the gift store.

Most of those sprawling shops and their tours remain, of course, but the sport has adjusted in numerous ways to economic realities.

RPM, one of the sport’s oldest teams (although it has been through numerous iterations), moved into a much smaller shop during the offseason and now is fielding Chevrolets from a leased facility near Richard Childress Racing in Welcome, N.C.

RCR, winner of six Cup Series championships, cut its entry list from three teams to two for the new season, and Furniture Row Racing, home to last year’s champion, Martin Truex Jr., downsized from two teams to one after fielding Erik Jones for a season. 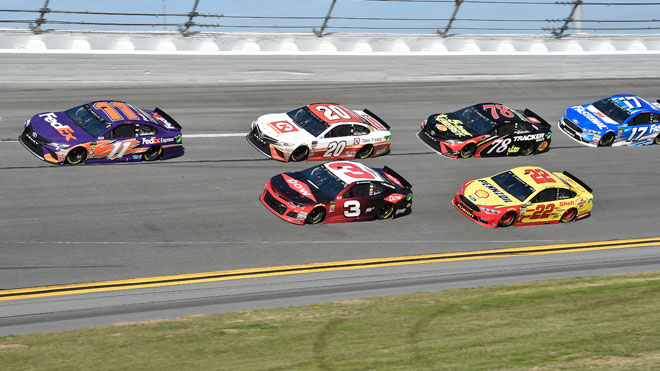 The example set by Furniture Row, which won the title while racing in an alliance with Joe Gibbs Racing, hasn’t gone unnoticed. Smaller teams like Petty’s are bypassing some of the expenses associated with full-time competition by signing up for technical partnerships with larger organizations — in Petty’s case Richard Childress Racing.

As part of renovation projects, speedways are trimming seating capacities. Darlington Raceway, for example, is expected to lose several thousand seats as part of a $7 million project that will replace many of the track’s aging seats with wider ones. And many of those seats are coming from other tracks – Kansas Speedway, Martinsville Speedway, Richmond Raceway and Daytona International Speedway – in the same track ownership group.

Some driver salaries are down from the golden years, with some teams opting to replace veterans and their bigger checks with much younger drivers who can’t demand superstar money.

Cup race entry lists are likely to bounce around the 40 level – the maximum number for starting fields – as some teams in the lower reaches of the point standings struggle. The buying, selling and leasing of the charters that guarantee a starting spot in every Cup race has created a confusing and unpredictable marketplace in the ebb and flow of teams that aren’t necessarily in playoff contention.

Sponsor interest appears to have picked up after a very dry period, but the idea of funding a championship-level operation with one foundational sponsor – as opposed to several companies – is clouded, at best.

“It’s imperative that we have 40 legitimate, healthy teams,” said Ricky Craven, a former driver and now a motorsports analyst for ESPN. “I think back to the ’90s when I was competing. It might have been the strongest time ever for the sport. We were sending eight to 10 teams home (teams failing to qualify because of overflowing entry lists).

“You can look at the line-ups last year, and the bottom 25 percent of ownership is not healthy. It should be a priority to strengthen ownership.” 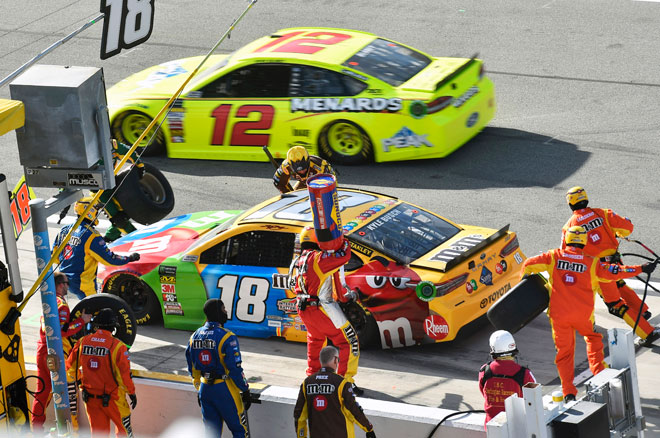 NASCAR has made attempts to cut costs for teams, including trimming the number of over-the-wall pit crew members and other team personnel allowed at race locations, requiring repeated use of engines and ending the practice of teams building custom pit guns, an often expensive enterprise. Some race weekends have been shortened, trimming travel costs.

Steve O’Donnell, NASCAR executive vice president, said the sanctioning body’s goal is to have 40 solid teams on track at every event.

“I’d say for the first time in a long time, the teams recognize that we’re on the same page of trying to get there with 40 quality cars that are out there each and every weekend (with) everybody having a shot to win,” O’Donnell said. “That isn’t the case yet, but there are more teams we feel that do have that shot, and you saw it last year with different organizations winning.”

Petty, who’s been involved in NASCAR since the first Cup series race in 1949, said moves toward containing costs are welcomed.

“We’re trying to make things as simple as we can,” he said. “We want to spend less time at the racetrack and spend less money getting there. It’s more about getting NASCAR and the owners on the same page so we all know where we’re going to go.

“We’ve got to go together, so let’s make it better for both of us.”

The work will continue, said former champion Brad Keselowski, who occasionally has been a NASCAR critic.

“There are some bright spots and some dark spots, too,” Keselowski said. “I think we would be arrogant to think there aren’t some spots that could use some work, (but) the sport isn’t going away tomorrow.”