Mechanics and engineers at the Bertil Roos Racing School have spent over four months re-designing, re-engineering and rebuilding the former Skip Barber fleet of open-wheel cars which will only be available at Palm Beach International Raceway (PBIR).

The first round of testing and shakedown of those cars began last Wednesday with Bertil Roos Racing School’s expert instructors behind the wheel on PBIR’s 2.2-mile road course. The cars, which were rebuilt and upgraded to meet the highest performance and safety standards, will become the in-house formula car fleet for the new Palm Beach Performance Driving Education Center, presented by Bertil Roos.

With more than 70 dates and a dozen different driving and racing programs being held at Palm Beach International Raceway, the cars will see a substantial amount of track time during the 2018 season. As a result, a rigorous testing program has been put together toward developing the safest, most durable, and most effective training tools in the industry. 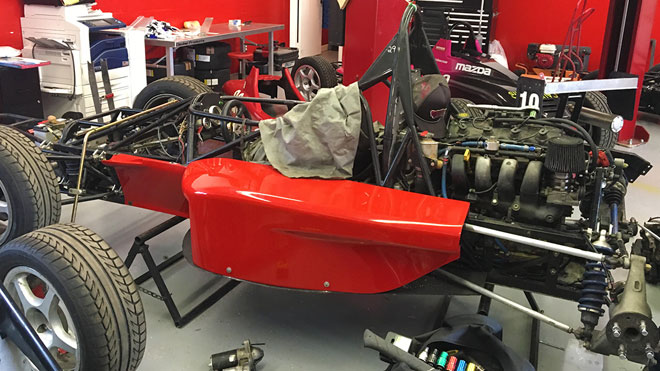 “When the Skip Barber Racing School declared bankruptcy in 2017, we and many others attended the auctions that ensued,” Bertil Roos Racing School President Dennis Macchio said. “What stood out as a positive to us was the fleet of formula cars. We saw a great opportunity to rehabilitate those cars and rebuild them to the highest industry standards.

“Our thinking was confirmed by many former Barber employees and we now feature an impressive inventory of top-of-the-line vehicles to best learn the art of high-quality, European-style road racing.”

Testing of the cars to make sure each passes Bertil Roos’ high standard of excellence, will continue throughout the month of February and into early March. The newly rebuilt cars will make their debut at the Roos 3-Day beginning March 12.

For the complete list of programs available this year Palm Beach International Raceway and for more info on the Bertil Roos Racing School, call 1-800-722-3669, or visit racenow.com.