As the only true winter round of the FIA World Rally Championship, Rally Sweden (15-18 February) is unique; cars running on skinny tyres equipped with tungsten-tipped steel studs, mandatory shovels and drivers wearing heated racing boots and anti-glare glasses. The challenge is like no other in the series and the truly spectacular backdrop is a white winter wonderland.

Frozen roads are lined with snow banks, which the drivers ‘lean’ cars against to help guide them round corners but, in warmer temperatures, the banks disintegrate on impact potentially leaving cars stuck in the snow. Being able to judge these conditions, save studs on differing road surfaces and acclimatise to different braking points is crucial for success. Because of its fast and specialised nature, Rally Sweden has been dominated by Nordic drivers during its 65 editions, Frenchman Sébastien Loeb becoming the first outsider to claim victory back in 2004. Since then, only Sébastien Ogier has achieved a similar feat and he and Jari-Matti Latvala have locked out the top step of the podium over the last six years.

In Sweden, each of the four registered manufacturers is fielding three nominated crews with Mads Østberg joining Citroën for one of his favoured events. Teemu Suninen also starts the first of his eight outings in the Ford Fiesta WRC and Hayden Paddon is back with Hyundai. There is a strong 15-car entry in the highly competitive FIA WRC 2 Championship category and this will be the opening round of the FIA Junior WRC Championship. No fewer than 14 crews from 12 different countries over three continents have registered in the one-make series and an additional two crews join this two-wheel drive competition in the WRC 3 Championship. Reigning FIA World Rallycross Champion Johan Kristoffersson will also be contesting his home round of the FIA World Rally Championship in a non-registered Škoda Fabia R5.

The opening stage in Karlstad, SS14 on Saturday and the Power Stage will be broadcast live on television, with all stages also available on WRC All Live on the WRC+ platform. 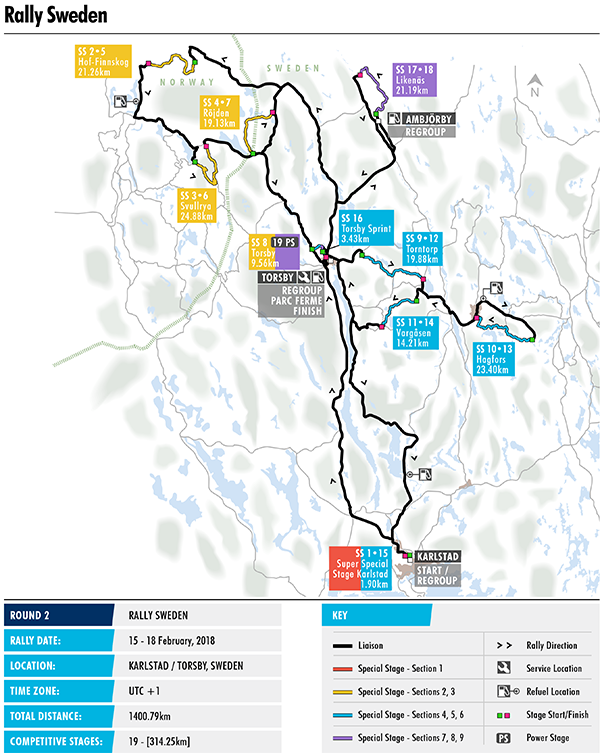 This year, approximately 24% of the route is new compared to 2017; this is made up of modifications to a number of stages and one re-introduced, Torntorp, which was last run in 2014. The rally has also moved its HQ from Karlstad to Sunne, 35 kilometres south of the Torsby service park.  Traditionally the event kicks off with the crowd-pleasing super special stage in Karlstad on Thursday evening and Friday then heads into the Swedish and Norwegian forest stages. With the exception of Torsby, and part of Röjden, the route essentially runs in Norway and is the longest of the event. Saturday returns to Sweden and takes in the now famous ‘Colin’s Crest’ in the Vargåsen stage, where an award in the name of the late Colin McRae is given for the longest jump. The day is rounded off with another run around the Karlstad stage before returning to Torsby for a short 3.43 kilometre sprint run in darkness. Sunday covers just three stages in Sweden, Likenäs run twice before the concluding Torsby Power Stage, which first ran on Friday.

The Accreditation Centre is located at the Selma Spa, Sundbergsvägen 3, Sunne. The opening hours are:

RALLY SWEDEN TIMETABLE AND MEDIA OPPORTUNITIES ORGANISED BY THE FIA 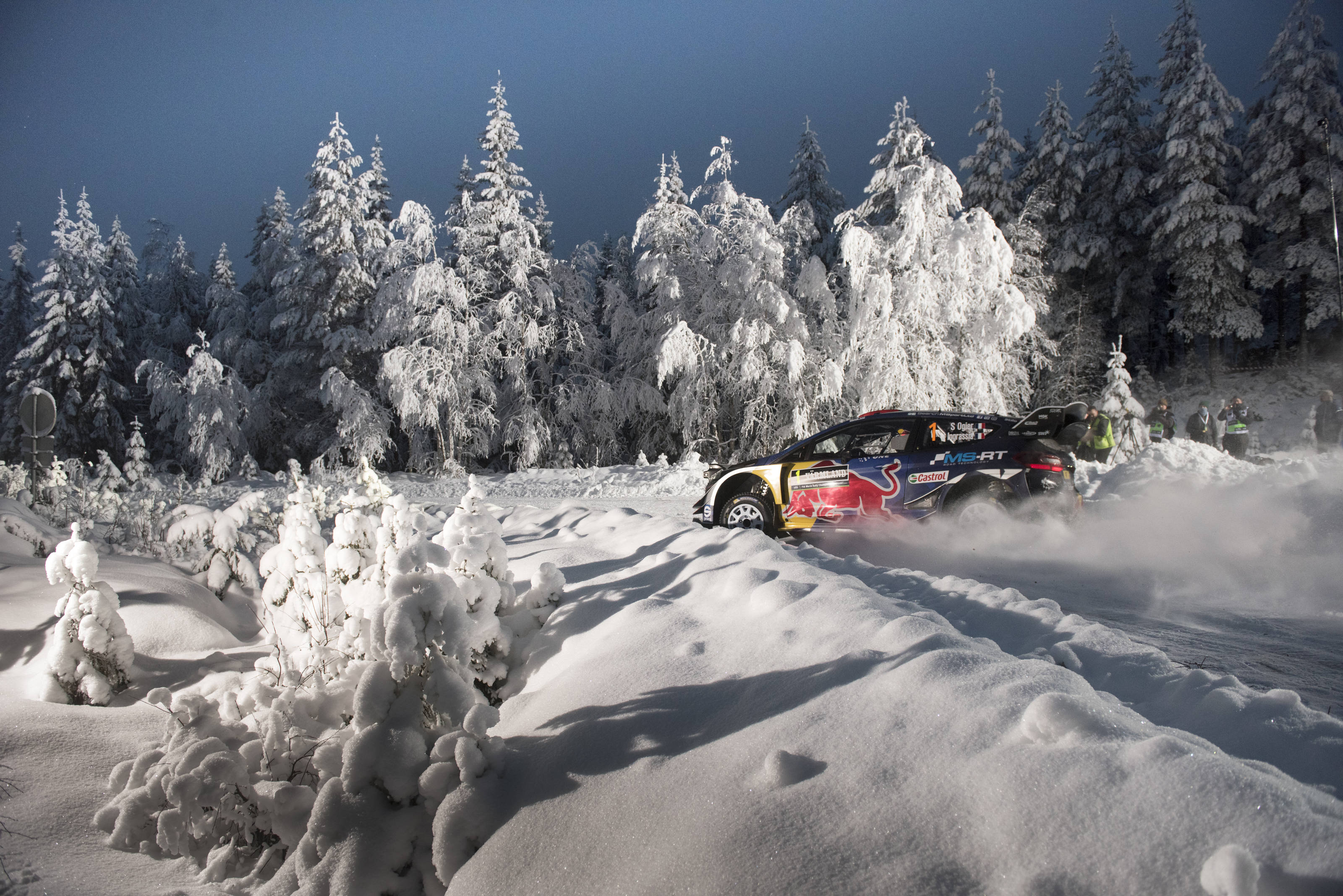