Leading global payments provider, Paysafe will become the primary and naming sponsor of the Dale Coyne Racing entry that will be shared by Canadian Zach Claman De Melo and Brazilian Pietro Fittipaldi for the 2018 Verizon IndyCar Series season, the team officially confirmed Wednesday.

Following a partnership with De Melo at the season ending event in Sonoma in 2017, Paysafe has agreed to partner with Dale Coyne Racing to provide continued sponsorship to the young Canadian as its primary brand ambassador as well as extend its support to his Brazilian teammate, and up and coming driver, Pietro Fittipaldi. Fittipaldi is the grandson of two-time Formula 1 world champion and two-time Indianapolis 500 winner, Emerson Fittipaldi. The two drivers will take turns piloting the Paysafe Honda-powered car throughout the season. 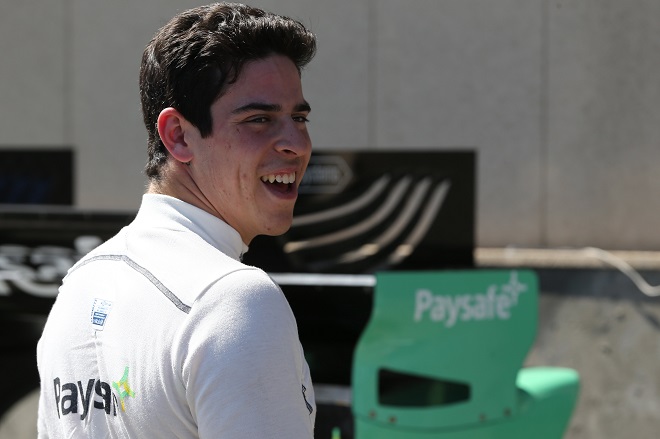 De Melo (pictured above) will be the first of the pair to take the wheel of the Paysafe car in the season opening race in St. Petersburg on March 11 at the 1.8-mile temporary circuit and will return behind the wheel at Long Beach as well as Barber Motorsports Park.

With the support of his long-time sponsors and Escuderia Telmex, Fittipaldi will pilot the Paysafe car this season starting with the first two oval events, making his season debut at the Phoenix Grand Prix on April 7 and he will will attempt to qualify for the Indianapolis 500 in May.

“We are very pleased to have a leading global payments provider like Paysafe come on board to the exciting sport of Indy car racing as part of their North American expansion strategy,” said team owner Dale Coyne. “With Zach and Pietro’s ever-growing skills, we look forward to a competitive 2018 season for Paysafe.”

According to Oscar Nieboer, Paysafe’s Chief Marketing Officer, the decision to sign an extended race partnership this year reflects Paysafe’s intention to build its brand in the North American market and the ongoing mutual focus of both Paysafe and the Dale Coyne Racing team of ‘identifying and supporting emerging opportunities coupled with delivering performance at the highest level.’

“Indy car racing is extremely high profile in North America and this is a region where we see significant growth opportunities for our business. It makes strategic sense to build on our initial involvement in last year’s season, and make our full debut as a leading partner in the 2018 season. We very much see this partnership programme as a central component of our North American brand strategy,” said Nieboer.

“Zach and Pietro are both exceptional drivers and embody the very spirit that we believe defines Paysafe: a laser focus on performance at the highest level combined with a proven track record of speed, agility and safety. This makes them both fantastic brand ambassadors and we wish them every success in their respective races piloting the Paysafe car,” added Nieboer.

“Paysafe helped me attain a life ambition last September when I made my Verizon IndyCar Series debut in Sonoma,” said De Melo. “I am hugely grateful for their ongoing support as I prepare for the forthcoming races; I feel proud to be representing their brand again on the race track and I shall be doing all I can to get the Paysafe car into victory lane!” 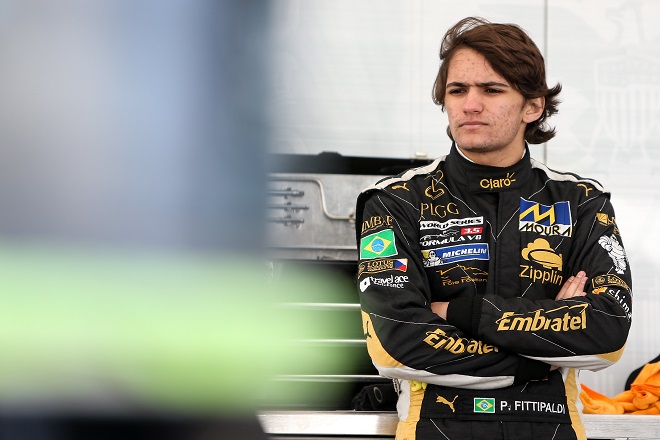 Fittipaldi (pictured above) comes to the Verizon IndyCar Series after top honors in the World Series 3.5 V8 Championship. During that season, he broke the record for most pole positions with 10, a record that was previously tied between Daniel Ricciardo (Red Bull F1 driver) and Kevin Magnussen (Haas F1 driver) who both scored 8 poles in one season.

“This is a dream come true, even more so to be racing in the Indy 500, where my family already has a history of great results. I want to thank the entire team at Dale Coyne Racing, along with my long-time sponsors, Escuderia Telmex and Paysafe for this massive opportunity and important step in my career. I’m very excited and proud to be racing on a world stage like the Verizon IndyCar Series this year,” expressed Fittipaldi.

Fittipaldi will be completing his Rookie Orientation Program on Thursday, Feb. 8 at ISM Raceway (also known as Phoenix International Raceway) and will then take part in the two-day open test session on Feb. 9 and 10. De Melo will return to the No.19 car later this month for another test session at Sebring International Raceway, ahead of the season opening race in St. Petersburg, Fla. next month. 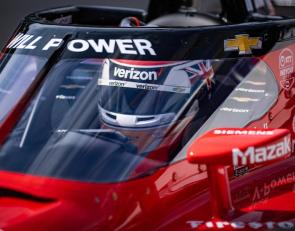