November 11, 2017. Interlagos. At 14:01.56 local time, Lewis Hamilton loses control of his Mercedes and slides sideways into the wall at high speed. His car is heavily damaged, and he’s out of qualifying without even completing a lap.

Hamilton is already due to start from the back of the grid, so Mercedes takes the opportunity to change a number of components, including the power unit. With just two races remaining in the season, despite a pit lane start, Hamilton’s fresh engine allows him to carve through the field to finish fourth, a mere 5.4s behind race-winner Sebastian Vettel.

Immediately after the race, Hamilton criticized the decision to move from four power units to three in 2018, saying it “sucks”. It was an ironic stance, not only because it is a change that should work in the favor of Mercedes – the most reliable power unit supplier on the grid – but also because the team sees power unit management as one of Hamilton’s strengths.

“It’s one of those talents that I think some drivers have and some don’t,” Mercedes AMG High Performance Powertrains managing director Andy Cowell explains to RACER. “I think that’s the same whether you’re driving a road car or a race car: some people have got no mechanical sympathy, and others do have mechanical sympathy and want to build on that with an understanding of what the weak areas are.

“Lewis has always been curious about what it is within the engine and now power unit that is vulnerable, and therefore what can he do to help? So he wants to learn that and help – which is very useful for the engineers.

“With last year’s regulations of four power units in 20 races, you need to be able to do five per power unit. The math is very easy, and you want a safety margin, so internally you run further than that by whatever you think is an appropriate safety margin, and you try to design everything to cope with the requirement plus the safety margin.

“Things never go perfectly, so there’s always something and then we try to come up with ways of setting the performance modes – so the qualifying mode and the racing mode – to look after those vulnerabilities. 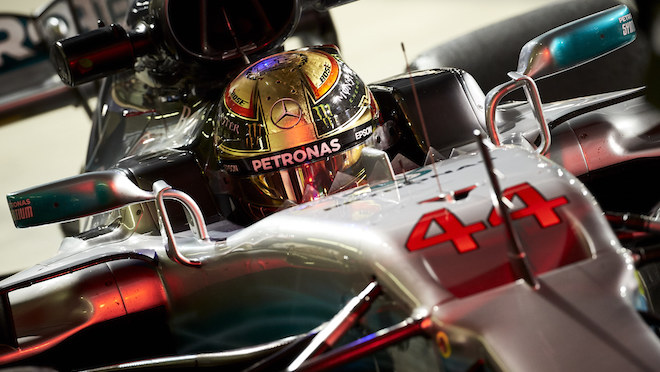 Drivers often complain about having to manage parts of the cars – power units, tires, brakes – but it is this management that offers an opportunity for them to find a performance advantage over their rivals.

“It’s a differentiator,” Cowell confirms. “I’ve never looked at the magnitude of it, to be honest. We put a plan together for the race weekend in terms of how many laps we believe will be completed in FP1, FP2, FP3, a typical qualifying and the race. Typically the number of laps reduces as the weekend goes on, because issues occur that mean you don’t run the car. Sometimes bad issues during practice one, two or three – you want to change something; [they] cost you time on the track. That’s just life.

“In qualifying, sometimes it’s good things – you just do one lap in Q1, one lap in Q2, a couple in Q3 and you’re going ‘We didn’t really use it!’. That’s good, but sometimes you don’t get through Q1 and you don’t use it, so there’s both ends of the emotional spectrum there. But typically, it comes to you with regards to total mileage.

“A lot of it is linked to tire performance. Engines hurt the most when they’re on full throttle. Full throttle is driven by tire performance, which is car handling and aerodynamics, so in qualifying the full throttle time is the most, so we’re running the engine at the highest performance level for the longest period of time for that lap distance.

“In the race, depending on how much tire management is going on, with a car at full weight with a full fuel load, full throttle times come down. How much they are going to come down by, you never fully know until you’re watching those opening laps. But drivers can help there as well with regards to carrying speed, coming on the throttle gently, lifting off… The very best way of saving car energy – whether that’s fuel, electrical, cooling of the car or brakes – is lift and coast. So you drive the lap exactly the same, but you lift a little bit earlier and then you brake at exactly the same point.

“Some drivers are good at that, some of them are not so good at it, because your brain is into this natural thought of ‘Well, I’ll lift and I’ll brake’, because that V-shape [on the data] is what everybody looks for in a good driver. Instead, it’s ‘no, I’m not going to do that, I’m going to lift, I’m going to wait, I’m going to wait… NOW I’m going to brake’. The braking is at the same point, so that that the car characteristics after that are identical to your hot lap. That takes a little bit of practice.” 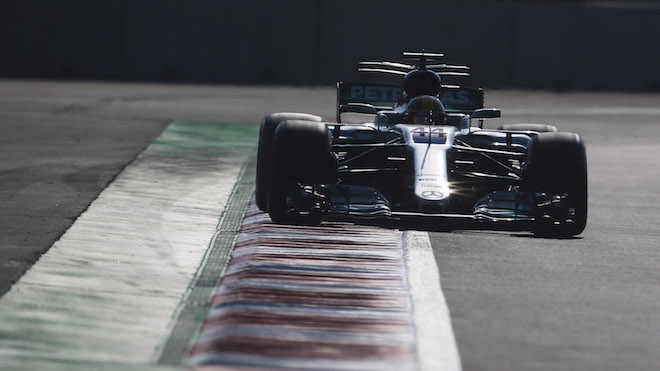 While the sensitivity of a driver’s right foot is a key tool for looking after his machinery, their ability to get lap time out of a car when it is running in a lower power mode is also part of the skill set.

“We’ve got the qualifying mode, and a couple of modes that we use during the race. It’s usually Lewis that decides it’s time to turn the mode down, which always raises a little bit of anxiety! ‘Why’s he done that? What’s going on?’

“It goes back to that point that he’s the only person that knows the performance of that total car because he’s the only person in the car. We’re looking at data associated with the various systems; he’s the person who knows what’s going on in the race, he knows the way the race is unfolding and he goes, ‘well there’s life in this tires, we’ve got past the pit stop, I’m going to turn it down because I know that I’m safe’.

“So he’s the one that turns it down. We’re more in the mode of ‘Well it looks like he’s safe, now let’s go round and check’. And there’s two laps in that, and he’s already done it.

“Sometimes though, strategists can see threats coming from elsewhere – somebody else that has maybe opted for an extra pit stop and is going to be sprinting up onto the back of us at the end of the race. But that’s where as soon as Lewis has got that information, he goes ‘Yeah, OK, turn it back up, on it’.”

Hamilton himself has admitted that there are times he still won’t turn the power unit mode back up despite such a message, Cowell adds: “And then he will come back with ‘Give me a target lap time’, which is taking it back to the macro of the total car rather than us looking at all our micro aspects that combine to make the car pace.”

Hamilton has been powered by Mercedes throughout his F1 career, and in that time has learned what is required from him to help look after his hardware. The defending champion might not be a fan of this year’s tighter restrictions, but Cowell says the driver’s role will remain the same.

“I think it will be similar for the drivers. For the engineers it’s down to, can we move those current vulnerabilities out of the way? And can we come up with better ways of understanding how to operate the power units without aggravating those vulnerabilities?

“And with all of that, we still need to make sure that our initial quality is outstanding, which has been the same forever. Ever since motorsport was created, that initial quality has always been required.

“So it isn’t an introduction of a new parameter. It’s just changed the number that that parameter has been for a long time.” 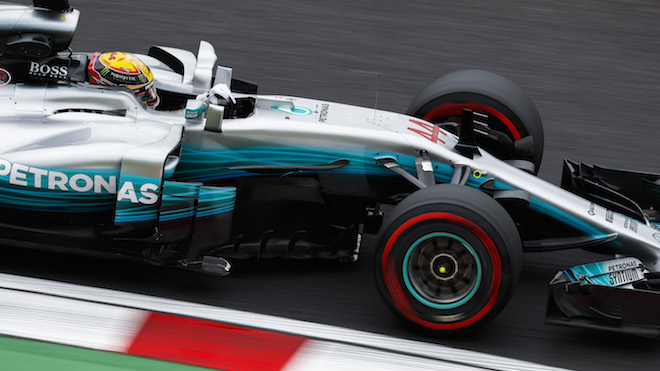