Among the team name changes:

Changes have yet to be made to Sahara Force India, but RACER understands the organization will make an announcement ahead of the start of pre-season testing. 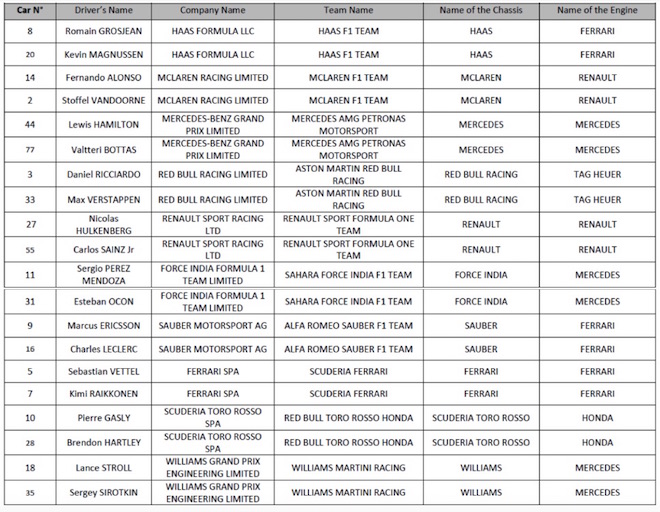