Sébastien Ogier and Julien Ingrassia notched up their fifth consecutive Rallye Monte-Carlo victory this afternoon, their sixth overall win on home soil. The French reigning FIA World Rally Champions arrived back in the Principality 58.3 seconds ahead of Toyota newcomers Ott Tänak and Martin Järveoja who finished a career-best on the event. Team-mates Jari-Matti Latvala and Miikka Anttila rounded out the podium on what has been one of the trickiest and incident packed ‘Montes’ in years.

With just the final two stages to run, Ogier was able to control the pace and the Frenchman was also aware he didn’t have the optimum tyres to fight for victory in the Power Stage. “It’s been a difficult weekend,” he said. “Often in Monte-Carlo you have to face hard conditions but this was extremely hard. I’ve never struggled so much with tyre choices, but in the end we win and I’m super happy with that. Every driver did mistakes this weekend; I did too – just a few less.”

Tänak was delighted with his performance on his debut outing with the Japanese manufacturer. Not prepared to risk his best finish in Monte-Carlo, the Estonian was relieved to start the season with a top result having had a really good feeling with the car and an almost faultless rally. Latvala was also cautious, determined to start the season on a high and kick start his campaign with important points.

Behind the leading trio, drama unfolded in the closing two stages. Kris Meeke was able to hold off a charging Thierry Neuville, who won the pair of stages and ultimately came to within 10.7 seconds of overhauling the Briton. Both were set to finish fifth and seventh respectively, until Esapekka Lappi dropped time in the first stage with an off into a snow bank, and then crucially threw away fourth in the Power Stage when he went off the road and plummeted to seventh. Both Meeke and Neuville moved up a position and, with the pace Neuville was setting, he also overhauled Elfyn Evans in the Power Stage to take fifth overall by one second. Bryan Bouffier also had an off-road excursion; he finished eighth with Craig Breen ninth for Citroën. 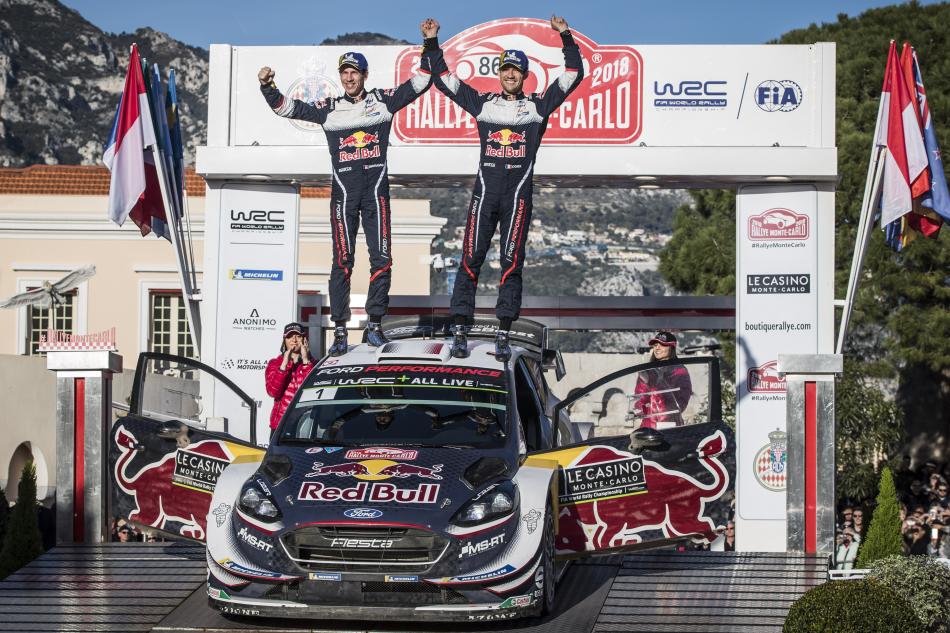