ABOVE: Jerry Sneva (right) and Larry Rice (middle) being honored at the 1978 Indianapolis 500 Last Row Party by a clean-shaven Robin Miller (left).

He was usually referred to as Tom Sneva’s younger brother and got the hand-me-downs most of his racing life, but nobody drove any harder or was any braver than Jerry Sneva.

The 1977 Indianapolis 500 rookie-of-the-year, who died suddenly over the weekend at the age of 68, only made 28 IndyCar starts from 1977-82 and never had anything resembling a top-shelf ride, yet managed to qualify for five Indy 500s and impress the competitors with his racecraft.

A standout on the CAMRA modified circuit and part of the fast family that included Jan, Blaine, Babe and the 1983 Indy winner, Jerry first came to the Indianapolis Motor Speedway in 1976 when Tom found him a car to take his rookie test. It was a homemade chassis that looked dangerous sitting still and he quickly abandoned that to take over a three-year-old Kingfish, but crashed trying to get up to speed.

The following May he showed his savvy by sticking a five-year-old McLaren into Row 4 and finished 10th to earn his rookie award.

But his best drives didn’t show in his results.

In 1979, NASCAR regular Neil Bonnett dumped his AMC/Spirit ride in May to go drive for the Wood brothers, and Jerry stepped in to replace him. With very little practice he promptly put it in the show, but not without some drama.

His throttle stuck on his first lap so he headed for the grass and used up all the track going into Turn 1. He somehow made it without crashing so that’s how he negotiated all four laps and made the show.

“I told the crew they wouldn’t be able to take the nose off for tech inspection because the throttle pedal was jammed in it and they all laughed,” recalled Sneva many years later. “I was chugging beers after that and then they came in all wide-eyed and said I was telling the truth.” 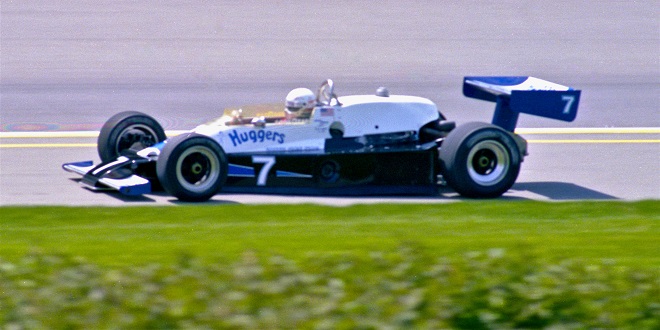 His finest moment at Indy came in 1980 when he qualified fifth fastest in a two-year-old Lola (pictured above) that drew praise from its former owner Jim Hall, who said Al Unser had hated that car. In the race, Sneva ran among the leaders until pounding the wall in Turn 1.

Yet nothing sums up his racing luck like 1981. Driving a three-year-old Vollstedt-Offy for all it was worth in the new era of ground effects, he was the last qualifier on the fourth day and bumped Jerry Karl. But a member of his crew had jammed a bolt into the waste-gate to give the car more power and when he pulled it out after Jerry’s run, a few eyewitnesses told USAC officials. There was a 90-minute protest hearing and Sneva was disqualified – with Karl reinstated.

He qualified for his final Indy 500 in 1982 and made what turned out to be his last IndyCar start at Michigan that fall. 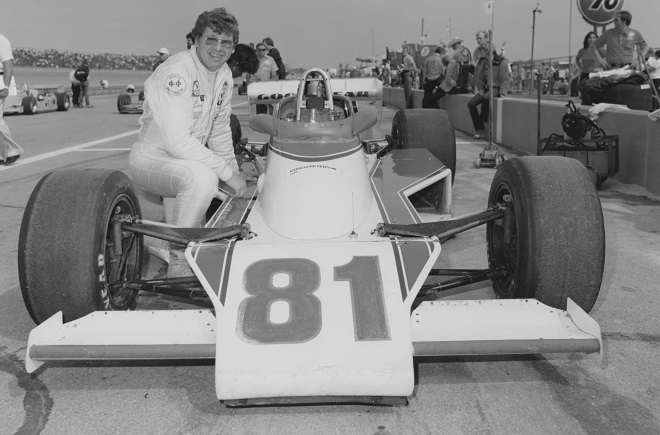 In 1983, Sneva returned to IMS with a car that would not handle. He crashed at 5:57 p.m. on a practice day, the car was fixed overnight and he hit the wall again shortly after 11 a.m. the next morning.

“It’s a new track record for the two fastest crashes ever,” joked the likeable veteran following his adventure. “My crew chief keeps telling me there’s an invisible 200mph barrier that I’ve got to drive through and I keep telling him there’s nothing invisible about that wall in Turn 1.”

When the car was repaired again, Sneva got in and the throttle stuck as the engine was fired up. He hit the kill switch and nothing happened so they finally stuffed a few rags into the injectors to kill the power. “Giles,” (his middle name) calmly climbed out of the car, took off his helmet and headed for lunch. He returned, got back in the car and made one more lap at 40mph before retiring on the spot.

“They’ve been trying to kill me all month and that’s enough,” he said.

His best-ever finish was a fourth at Pocono but Giles always got high marks from his fellow drivers.

“Jerry was very underrated as a racer and never got to drive the best equipment but he was damn good,” said Bill Vukovich, one of his best friends. “A great guy and a good racer.”

Sneva is survived by his wife of 35 years, Kathy, his daughter Shelby and son Trevor and there will be no public services.