Austin Dillon and Ryan Newman may not agree on the lingo, but both believe a two-car Richard Childress Racing operation will have its benefits.

Last week, Dillon (at left, above, with Newman) described it as the company being “leaner and meaner” fielding just the Nos.3 and 31. The No.27 is extinct following the departure of Paul Menard. The charter has been leased out for the season to StarCom Racing.

The moves made this offseason give Dillon the confidence that RCR is the most prepared it can be. That includes not only bringing Richard Petty Motorsports and Darrell Wallace Jr. into the fold but onto the Welcome, North Carolina, campus.

“That’s what I was most excited about – to have another driver to look and see what he does with the throttle pedal and the brake,” Dillon said. “So, bringing a little bit of different perspectives into the group for me as a driver, so I can learn more. RCR as an organization, I see a lot of two-car teams being successful.

“I’m really positive about that. It’s nice to be able to focus on two cars, and our crew chiefs are best friends. They’ll be working hard, and they want to put RCR where it needs to be – and that’s winning championships.”

“Last year] we had three teams, three cars with two sponsors [and] now we have two cars, two teams, and two sponsors,” Newman said. “The other things from an ownership side, they have to worry about. From my standpoint, we had the opportunity to take the best of the best people, put them all together.”

Small personnel changes were made on Newman’s team, he said. The core group is still the same. Luke Lambert is still Newman’s crew chief. Dillon still has the guidance of Justin Alexander. 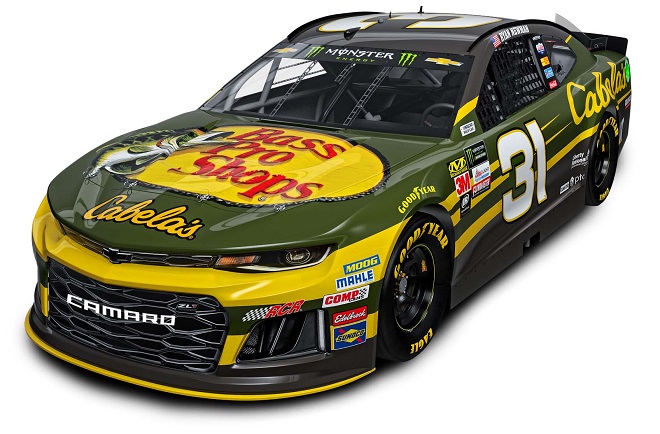 “Our feather in our cap is the Camaro ZL1, because we feel as a design and development piece it is made to be better than what we had last year, and the rest of the rules are the same from last year,” Newman continued. “We hope that it shows the fruits of our labor.”

What the Camaro can bring to the table for Chevrolet teams is something the teammates do agree on.

Dillon already mentioned the importance of getting RCR back on a championship stage. Not since 2014 has a Childress driver competed for a title, and that was also the last time an RCR driver finished in the top 10 in points. In 2017, Dillon and Newman made the playoffs after both grabbed a lone victory.

“I don’t know if it’s a rebuilding year,” Dillon said going forward with the changes at RCR. “I hope we can build on what we had last year more than anything. We’re getting more resourced than we’ve ever had for a full year for two teams. Three teams, you can get spread thin at times. Now we have the people that we want around us.”