While Sébastien Ogier dropped another six seconds to Ott Tänak in today’s final stage, the Frenchman is happy his event is going to plan and that he remains on track to secure a fifth consecutive Rallye Monte-Carlo victory. Tänak heads into the final day of competition 33.5 seconds adrift but the Estonian has driven stunningly in his debut outing with Toyota. Team-mate Jari-Matti Latvala remains in a comfortable third.

The final test from Bayons to Breziers – which was also run on Thursday night – was largely dry but with the passage of cars became more and more dirty as mud and gravel got dragged onto the road. Ogier had hoped to have 30 seconds in hand tonight and with four stages and 63.98 competitive kilometres to run on Sunday he looks to be in a position to control the pace. Tänak suffered with a bit of tyre overheating through the stage but looks comfortable to finish ahead of team-mate Latvala who is nearly a minute behind.

Toyota’s youngster, Esapekka Lappi, managed to overturn a 6.2 second deficit to Kris Meeke into a 1.6 second advantage in this single stage, aided by the Citroën driver stalling in a hairpin. As such, three Yaris WRCs are in the top four overnight. Behind fifth-placed Meeke, Elfyn Evans is a further 20 seconds behind and now has Thierry Neuville chasing, the Belgian overhauling Bryan Bouffier and moving into seventh by 9.8 seconds. Craig Breen is ninth with Jan Kopecky retaining 10th overall and the lead in the FIA WRC 2 Championship. 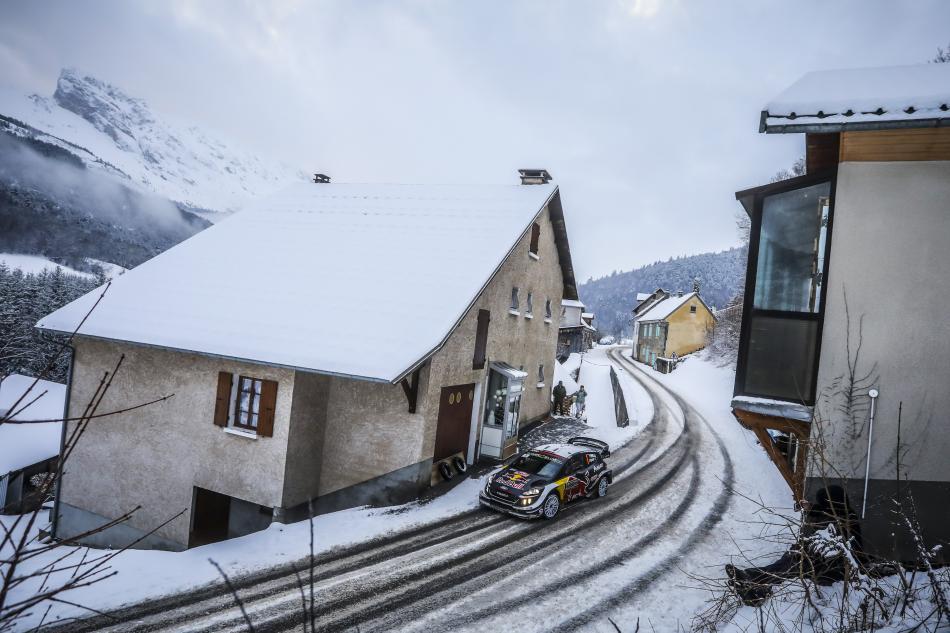