IMSA has made adjustments to numerous WeatherTech SportsCar Championship models following the recent Roar Before the 24 test at Daytona International Speedway.

The Balance of Performance changes will have a direct influence on how various manufacturers fare in Prototype, GT Le Mans and GT Daytona during the Jan. 25-28 Rolex 24 at Daytona.

Of interest in Prototype, Acura’s brand-new ARX-05 DPi has received an increase in fuel capacity (+4L, 80L total) and will flow fuel faster during pit stops with a larger opening in the restrictor (+1.5mm).

Cadillac’s DPi-V.R, which dominated every session at the Roar, has lost power to its 5.5-liter V8 engine with smaller openings feeding air to the motor (-0.6mm, 31.6mm total opening size), and has received an increase in fuel capacity (+1L, 68L total) and will flow fuel faster during pit stops (+0.5mm). 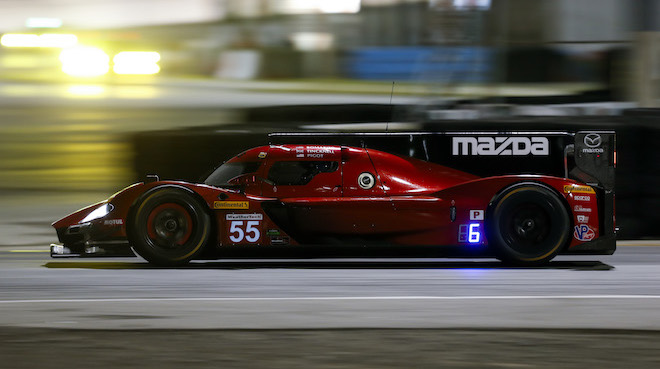 The Nissan Onroak DPi has received an increase in fuel capacity (+2L, 80L total) and will refuel faster during pit stops (+1.5mm). On the engine front, its 3.8-liter twin-turbo V6 will have a bump in boost as it reaches a peak RPM of 7100.

Aerodynamic changes have also been called for with most of the DPis. Taller Gurney flaps attached to the trailing edge of the Acura, Mazda, and Nissan engine covers are required; Mazda’s Gurney is the tallest at 20mm, and a high-downforce upper rear wing element must be used. Nissan’s rear wing main plane will run at a steeper angle. Of the four marques, only Cadillac, which set the fastest trap speeds on the banking, escaped Rolex 24 aero BoP changes, but the reduction in engine power could be the method chosen by IMSA to pull the DPi-V.Rs in line with Acura, Mazda and Nissan.

As IMSA previously told RACER, despite any change of plans within the ACO and FIA WEC to make BoP adjustments to the spec LMP2 cars on the grid, it has not and will not follow suit in the WeatherTech Championship.

In GTLM, BMW’s new M8 GTE is the only model to lose weight between the Roar and Rolex 24 (-10kg, 1240kg total). Boost increased throughout almost the entire 7000rpm rev range for the BMW’s twin-turbo V8 have has also been applied, and the M8 will have an increase in fuel capacity (+6L, 93L total), and will flow fuel faster during pit stops (+3.0mm). 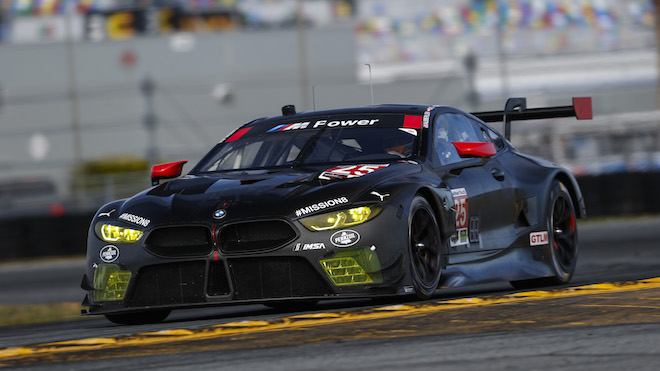 On the aero front, Corvette will lose top speed with a taller minimum rear wing angle (up from 0deg to 2deg) and Ford has also been hit with the same change (up from 2deg to 5deg).

Practice for the Rolex 24 starts next Thursday, Jan. 25.