Briscoe, who has just finalized a multi-year contract extension with the network, will anchor the one-hour pre-race show and bring viewers back from commercial breaks during the race itself.

“I feel like this homecoming is a long time coming,” Briscoe said. “The Speedway has played such an important role in my life, professionally and personally. I cannot wait to be back and part of the 500.”

Briscoe, who is married to 2012 Indy 500 polesitter and now Ganassi sports car driver Ryan Briscoe, has a long history in motorsports broadcasting, having hosted a program on SPEED for two years before joining ESPN in 2008, where she played a part in the network’s NASCAR coverage as a host and reporter. Earlier in her career, she also reported on the Indy 500 for WISH-TV in Indianapolis, and worked as a pit reporter for the Indianapolis Motor Speedway Radio Network. 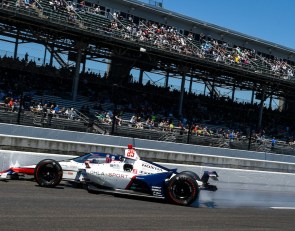