Grant, who led the USAC sprint standings until the final race of 2017, started second and stalked Chad Boat and Gardner before taking the lead for the final nine laps at Tulsa Expo Raceway. 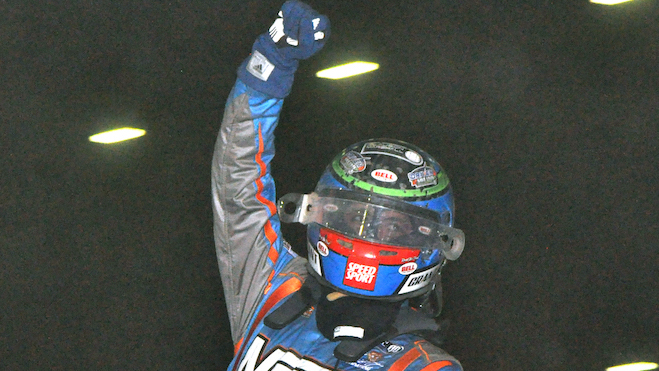 Spencer Bayston, the 2017 USAC midget champion, charged from sixth to take second place and join Kunz teammates Kyle Larson, Rico Abreu and Christopher Bell in tonight’s A Main. All three scored wins in the preliminaries on Tuesday, Wednesday and Thursday. 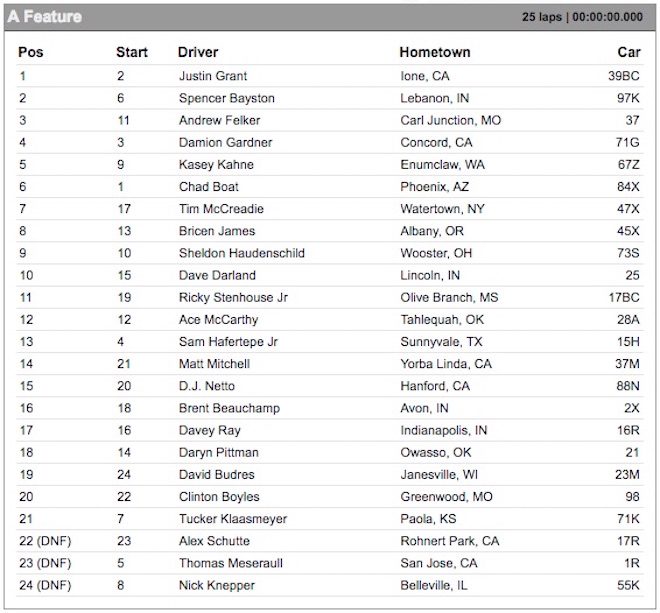