The 2018 FIA World Rally Championship season was officially launched today at Europe’s largest pre-season motor show, Autosport International, and the teams and crews contesting this year’s series are now ready to mount their assault on the 13-round season which kicks off with the famous Rallye Monte-Carlo (25-28 January).

‘WRC All Live’ was also announced at the show and will bring ground-breaking live coverage of every single stage on every event to fans around the world. More than 25 hours of coverage from each rally will be available on a continuous live stream on wrcplus.com, and will also include expert analysis from the WRC’s TV studio and breaking news, interviews and reactions from across the service park.

After one of the most exciting and unpredictable Championships with the all-new World Rally Cars, 2018 is sure to deliver yet more. Citroën, Hyundai, M-Sport Ford and Toyota all now have a year under their belts with the cars and with the pace shown by each of the manufacturers and their crews last year, the outcome of the 2018 FIA World Rally Championship is again totally wide open.

Reigning FIA World Rally Champions Sébastien Ogier and Julien Ingrassia opened the doors of the four-day British-based show and after an incredible debut in the Ford Fiesta WRC last year, the French multiple champions’ M-Sport World Rally Team will benefit further from increased technical support from Ford Performance. The brand’s welcomed return to the series will enable the team to continue development of the Fiesta, again making them a significant contender. “Every team has a chance at the moment, every car can be a winning car, and there are strong drivers in every team, so to be honest it’s better to focus on yourself when you start the season, give your best and wait for some rallies to see who is coming up,” said Ogier.

Team-mate Elfyn Evans, who became the first Briton to win Rally GB since Richard Burns in 2000 and the first Welshman to ever win the event, has now become a real championship challenger after taking that maiden win in 2017 and showing ever-increasing pace on a number of rallies.

Hyundai, which finished 2017 with the most event victories – four – and was M-Sport’s nearest rival, has reasserted its determination to better its most successful WRC season with sights firmly set on the drivers’ and manufacturers’ titles. The team will field three i20 Coupe WRCs on each of the 13 rallies with four crews contributing to the Championship bid. Andreas Mikkelsen joins the squad full time and will partner Thierry Neuville on all rallies with Dani Sordo, alongside new co-driver Carlos del Barrio, and Hayden Paddon sharing the third car throughout the season.

“Taking four wins and being competitive in many other events gives us a real motivation to go one better in 2018,” stated Neuville, runner-up in last year’s Championship.

After an impressive and successful return to the FIA World Rally Championship, Toyota GAZOO Racing will be seeking more victories with the Yaris WRC. Jari-Matti Latvala’s confidence is high and the Finn is determined 2018 represents a real chance. “If we can fight for the podium in every race and stay consistent, then I believe we have a chance to fight for the Championship title. The consistency is the name of the game,” stated the Finn.

Ott Tänak will make his debut with the team at Rallye Monte-Carlo and the Estonian, who finished third overall last year with M-Sport, will doubtless be gunning for more wins having taken his maiden WRC victory on Sardinian gravel and a second win in Germany on Tarmac last year. Esapekka Lappi will pilot the third Yaris WRC, the Finn another rookie winner last year on his home event and undertaking his first full season at the highest level.

Citroën is aiming for more event wins this season, the French manufacturer essentially only fielding two cars on each round. The big news is however the return of Sébastien Loeb, the nine-time FIA World Rally Champion taking the wheel of the C3 in place of Craig Breen in Mexico, Corsica and Spain. Kris Meeke will spearhead the team’s challenge, contesting all events, and Khalid Al Qassimi will make outings on selected rounds of the series. Citroën Racing also announced Mads Østberg would be joining the squad in a third C3 for Rally Sweden in February, one of the Norwegian’s favourite events.

“We saw last year seven different winners and in the first four events four different manufacturers were winning, so the championship at the minute is highly competitive,” said Meeke of the level of competition. “For sure it’s going to be a huge challenge, but that’s why we’re here, we want to fight.”

The 2018 FIA World Rally Championship, along with its important support championships, kicks off two weeks today and this year’s globe-trotting series also sees the return of Rally Turkey, which comes back to the series for the first time since 2010. 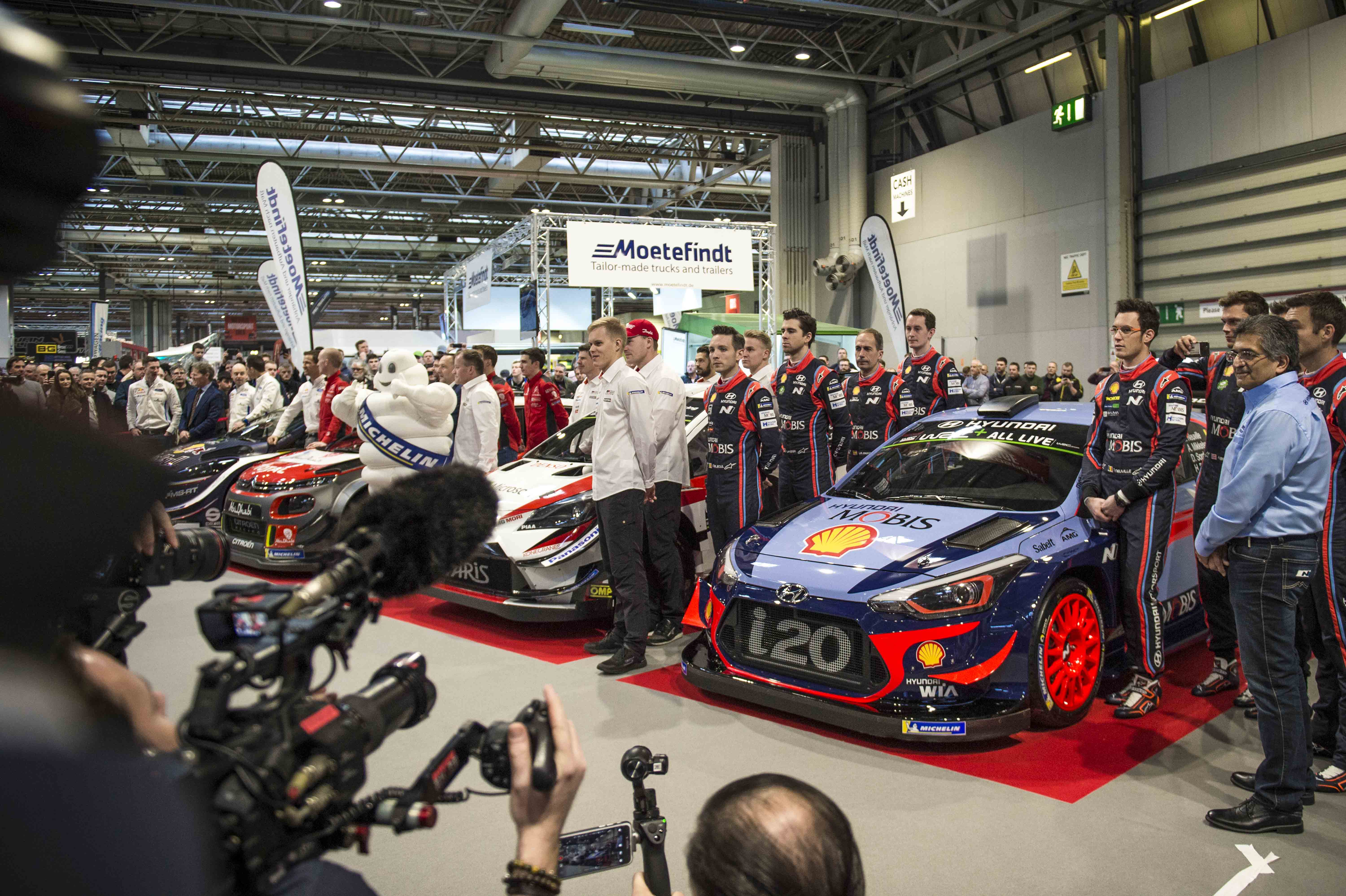