Paraplegic driver Michael Johnson has undergone surgery for a broken right tibia and fibula, which the JDC-Miller Motorsports driver suffered in a crash during Continental Tire SportsCar Challenge testing on Saturday.

Johnson’s Audi RS 3 LMS had a heavy impact in the barriers at Turn 6. He was taken to Florida Hospital Memorial Medical Center.

“Michael is awake, alert and in good spirits and in true Michael Johnson spirit looking forward to getting back in the car in the coming months,” the team said Monday. 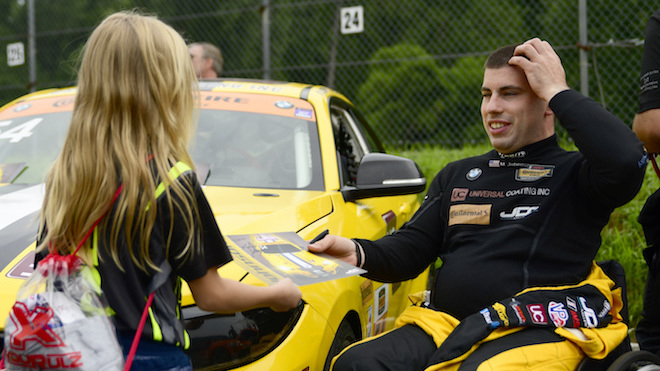 Because Johnson, a former motorcycle racing champion, is paralyzed from the waist down, his car has a complicated brake, gearshift, and throttle system, which are manipulated with his hands, instead of his feet. 2017 marked his debut at Daytona, which ended in a 30th-place finish with co-driver Stephen Simpson. The longtime racing pair have moved to TCR after two seasons in the ST class.