Felipe Nasr made the No. 31 Whelen Engineering entry the third different Cadillac DPi V-R to lead a session at the Roar Before the Rolex 24 IMSA WeatherTech SportsCar Championship test, running the fastest lap so far in the Saturday afternoon practice.

Eddie Cheever III in the No. 90 Spirit of Daytona entry, and Christian Fittipaldi in the No. 5 Mustang Sampling car that led both of Friday’s sessions, rounded out a sweep of the four quickest times for Cadillac in the 90-minute session. 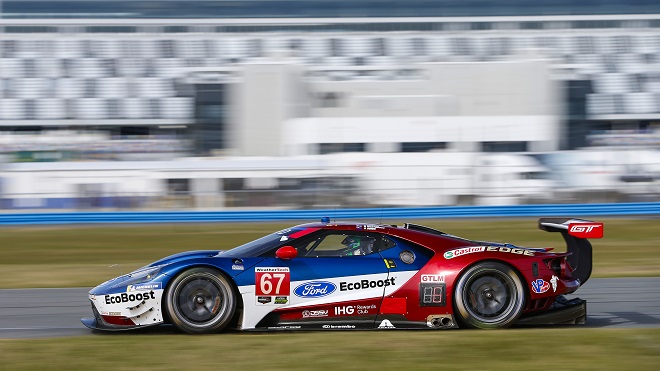 Ford Chip Ganassi Racing’s No. 67 Ford GT led GTLM for the second straight session. Ryan Briscoe’s lap of 1m43.980s was best in the class this weekend, quicker than teammate Scott Dixon’s 1m44.282s from the morning practice. Second was Alessandro Pier Guidi, 1m44.122s in the No. 62 Risi Competizione Ferrari 488 GTE.

A new car led in GTD, with Mario Farnbacher turning a 1m42.5s in his final lap in the No. 93 Michael Shank Racing Acura NSX GT3.