Kevin Magnussen says the way Haas focuses solely on racing makes it feel like he is in Formula 1 with a Formula 3 team.

Haas only made its debut in F1 at the start of the 2016 season, with owner Gene Haas (pictured, with Magnussen) keen to use the sport as a platform to promote his machine tooling business globally. Magnussen had grown frustrated at what he felt was a lack of commitment toward him from both McLaren and Renault, and after joining Haas at the start of last season the Dane says he is happier in his latest environment.

“I feel very at home,” Magnussen said. “Very happy. It’s nice to be in a team that’s very simple. Everyone here is here to go racing. There’s no BS or any commercial stuff. It’s very uncommercial, a real race team. It’s kind of going racing in Formula 1 with an F3 team.

“It’s very straightforward. You just go and speak to [Haas and team principal Guenther Steiner]. They’re all there in the debriefing, they don’t have to speak to any sponsors or anything, they’re in the office with us – a part of everything. I really enjoy working as a team, as a whole, not just working with the engineers and mechanics. It’s really one team.

“I think it’s just that we don’t have to deal with people you don’t want to deal with. There’s no one here that I don’t really enjoy working with. You don’t have to do stuff that doesn’t have anything to do with racing, it’s all racing and none of the other stuff. It just gives you a different feeling.” 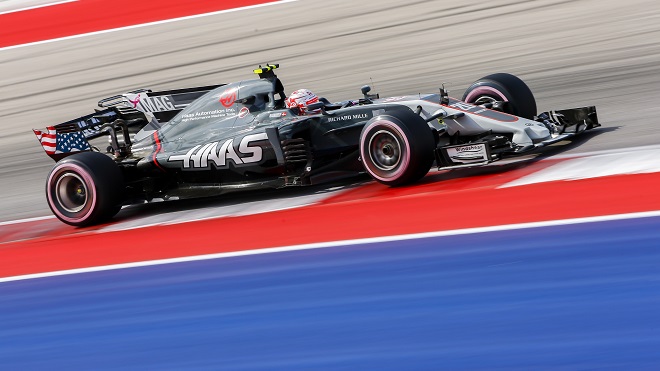 Having signed a two-year deal at Haas, this winter was the first time Magnussen already had his future sorted and he admits such a situation helped him enjoy himself more toward the end of 2017.

“That takes a bit of pressure off your shoulders – it’s annoying speaking to you guys [the media] on whether I am going to be here. It’s more fun talking to you guys about the races and positive stuff. I think it’s just helps when you have fun, enjoying your time then everything gets easier. You perform better and feel more confident. I am happy here.”