The Verizon IndyCar Series grid is one seat away from being filled after Ed Carpenter Racing announced the signing of FIA Formula 2 driver and driver Jordan King to its road and street course program in the No. 20 Chevy.

As first reported by RACER, the 23-year-old Briton was in contention for the seat after three seasons in GP2/F2, along with Mexico’s Esteban Gutierrez. King was eventually given the nod to share the entry with Carpenter, who will race the car on the ovals.

“I first met Jordan at Sonoma Raceway in 2016 as he was exploring opportunities in IndyCar,” said the series’ only owner/driver. “He is a very motivated, intelligent and hungry driver, which is exactly what we are looking for at ECR. Jordan has had a lot of success and experience in Europe and I can’t wait to see what he is capable of with ECR in the Verizon IndyCar Series.”

King will add his name to a list of fellow European drivers, ranging from ECR race winner Mike Conway to Luca Filippi, who’ve wielded the No. 20 Chevy in recent years. The opportunity to drive the car was made possible by ECR’s promotion of Florida’s Spencer Pigot from a part-time role to the full-time driver of the No. 21 ECR Chevy, and King will certainly rely on Pigot for input as he learns every circuit for the first time. 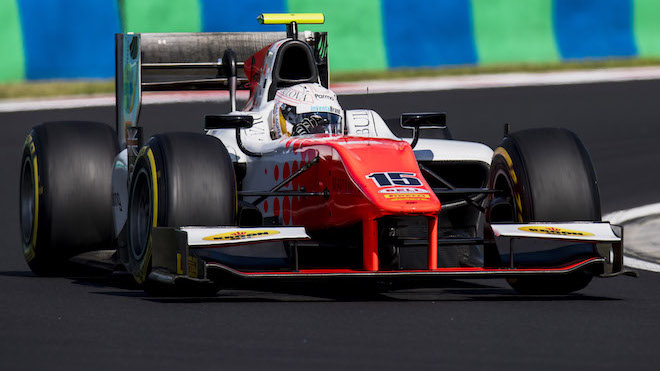 With the 2013 British Formula 3 championship to his credit, test driving opportunities with the former Manor F1 team and recent experience in F2, King could become a complementary piece to ECR’s program.

“I am beyond excited to get started in the Verizon IndyCar Series,” King said. “After winning at Silverstone in 2016 and being able to drive in F1 practice, 2017 was not what I was hoping for. Going into the new season, I’m really looking forward to having the opportunity with ECR to work towards our collective goals. I believe that together, both of us have the capability to do well!”

King’s first outing in the No. 20 Chevy is slated for Sonoma Raceway on Fed. 5. And with his signing, Dale Coyne Racing’s No. 19 Honda, driven by Ed Jones to Rookie of the Year honors in 2017, holds the last hopes for numerous drivers searching for a full-time place in the field.