The Indiana Pacers’ City Edition uniform pays tribute to one of the area’s greatest traditions: racing.

Created as part of a series of uniform “editions” by Nike for its NBA partnership, the Pacers’ ensemble features a vertical checkered flag on the side of the jersey to represent Indiana’s tradition of auto racing. Player numbers mimic those from classic cars.

The uniforms will be used in select games for the remainder of the season. 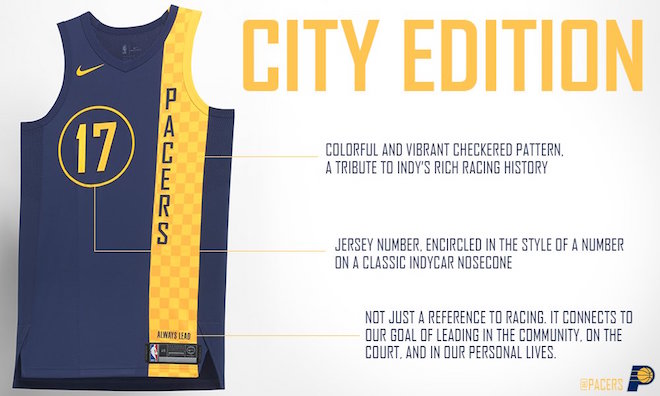 The uniform series advances the traditional home-and-away gear to celebrate city-specific elements of the league’s 30 teams.