The Honda of America Race Team, comprised of employees who field privateer entries under the HART banner, has enlisted ELMS LMP3 champions Sean Rayhall and John Falb for the Rolex 24 Hours at Daytona in its No. 69 Acura NSX GT3.

They join team leader Chad Gilsinger and Acura factory driver Ryan Eversley, who will lead the team as it graduates from the Continental Tire Series to IMSA’s North American Endurance Cup in 2018.

The team took delivery of their Acura NSX GT3 just before Thanksgiving and performed a complete rebuild of the car, getting ready for their first test session at the ROAR Before the 24 in early January.

Said Rayhall, who is good friends with Eversley: “I heard so many great things about this team over the years and I feel fortunate to be joining them with their new Acura NSX GT3. I feel like we have a very strong lineup from Eversley’s previous success with Acura, all of Gilsinger’s experience with the team, as well as John Falb coming off his first championship overseas. I can’t wait to get to work with all of the HART crew and go fight for a watch!”

“The Rolex 24 is one of my favorite events with the most iconic trophy in all of motorsports, the Rolex Daytona,” Falb added. “Going for the win with Chad, Ryan, and Sean is going to be a blast and those guys are all super-fast. HART spent all of last year refining the Acura NSX and I am confident we will have a great package when we get to the Roar.”

The team will once again carry No. 69, which has special meaning to Gilsinger.

“Sixty-nine was our team number the last time HART won a professional championship,” he said. “We are hoping it brings some good luck moving forward and now that we have a solid driver lineup locked in I am very eager to get down to Florida, and out of this cold rainy weather of Ohio.” 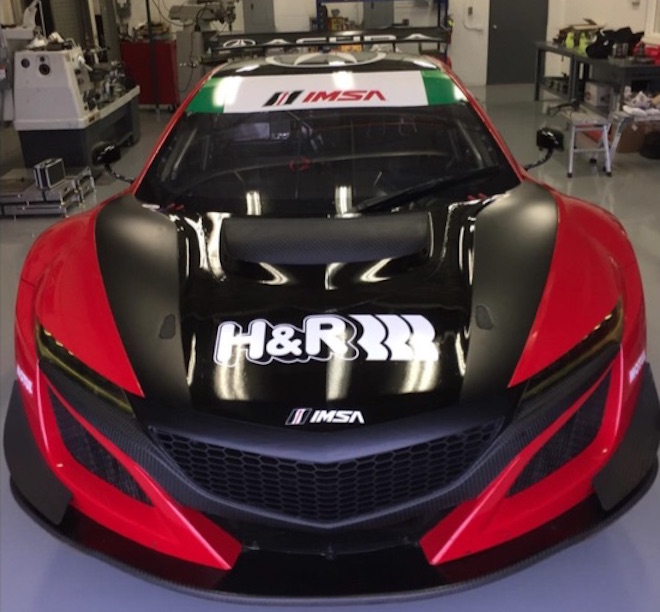