“It’s hugely exciting to welcome Sting Ray back to Team Pelfrey,” said Pelfrey general manager Jonny Baker. “I say back, because he tested with us a few years ago in F1600 and we immediately saw how much potential he possessed then. We have had Sting Ray in the new PM-18 for a couple of tests now, and we are convinced he will surprise a lot of people next year. He’s still only 16, and we will work hard together not only to keep developing the car, but also to get the most out of him. We are looking forward to an exciting year!”

With 10 championships, 96 race wins and 206 podiums, Robb will run his sophomore season in Pro Mazda with one of the most successful junior open-wheel teams in the Mazda Road to Indy. The Payette, Idaho native will the pilot the No. 82 Trademark Dental, Munk Family Dental, Intervention.com / Team Pelfrey Mazda.

“After my rookie season in Pro Mazda, Team Pelfrey is the proper progression for me to take advantage of the Mazda Road to Indy in my sophomore season,” saidRobb. “As a team, we are well underway with the new car and the chemistry within the Pelfrey organization is fantastic. When I was transitioning into cars at age 14, Pelfrey was instrumental in helping me with my decision to go open-wheel racing. We did our homework this off-season and Pelfrey was the perfect fit. We have some work to do, but no doubt 2018 is going to be great year! I look forward to driving that Pelfrey Power and rewarding the team that has put their trust in me.”

The Mazda Road to Indy Presented by Cooper Tires opens on the streets of St. Petersburg on March 9-11. 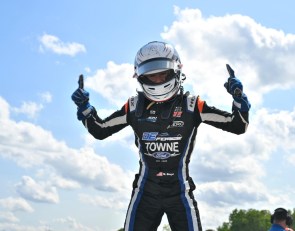 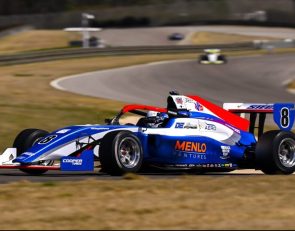