GAINSCO/Bob Stallings Racing has made a quick return to sports car racing after shuttering it’s in-house team, and will partner with JDC-Miller Motorsports in IMSA’s WeatherTech SportsCar Championship Prototype category.

The “Red Dragon” colors will adorn the No. 99 ORECA 07-Gibson driven by Stephen Simpson, Misha Goikhberg, and Chris Miller in 2018.

“We had many opportunities to continue our quest for championships and JDC-Miller MotorSports was an easy pick,” said Stallings. “John Church and John Miller have established themselves as a team to be reckoned with, even against the formidable competition in IMSA.

“After getting to know them both and seeing the success they have had in a short period of time and especially after watching their performance in the Mosport race last season, I knew we had found the right match. JDC-Miller has the resources, drivers, engineering experience and desire to win that I was looking for. JDC-Miller Motorsports reminds me a lot of the early days of GAINSCO/Bob Stallings Racing, and I am looking forward to rallying the support of our combined fan base behind JDC-Miller Motorsports and The No. 99 Red Dragon!”

Church was understandably enthused to land the team’s first major sponsor heading into the new season.

“We are very honored to gain the support of GAINSCO Auto Insurance and to carry on the livery of the No. 99 Red Dragon,” he said. “It was immediately evident that the GAINSCO folks are as committed as we are. This is a tremendous opportunity for JDC-Miller Motorsports and we look forward to the season ahead.”

The re-numbered No. 99 spent 2017 as the No. 85. With the team’s success in Prototype as the leading WEC P2 entrant, JDC-Miller has expanded to two cars and will run the No. 85 ORECA 07 alongside the Red Dragon. 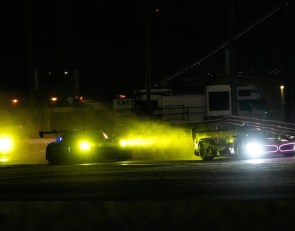 Roar Before the 24 news and notes