Spend 20 years in a single series like Helio Castroneves did with IndyCar, and you’re bound to become a veteran voice who helps new drivers find their way in the team. The circumstances at Acura Team Penske, where the Brazilian will enter his 19th season with Roger Penske as his boss, would suggest his new teammate Ricky Taylor will look to the elder statesman for guidance, but it’s quite the opposite.

With Taylor, Castroneves finds himself as the understudy the defending IMSA Prototype champion who also earned the distinction of becoming the series’ winningest driver since IMSA’s relaunch in 2014. And, as the 42-year-old tells RACER, he’s thoroughly enjoying the role reversal.

“After spending about 20 years in IndyCar, you know so many people from the paddock, even the people who do your physicals, so it’s strange starting all over again. IMSA’s been very accommodating, and having Ricky around helps quite a lot,” he said.

“I’ve been asking him a lot of questions, and it’s been a long time since I had to do this. It makes me feel young in a certain way, beginning something new and being the guy who doesn’t have all the experience.” 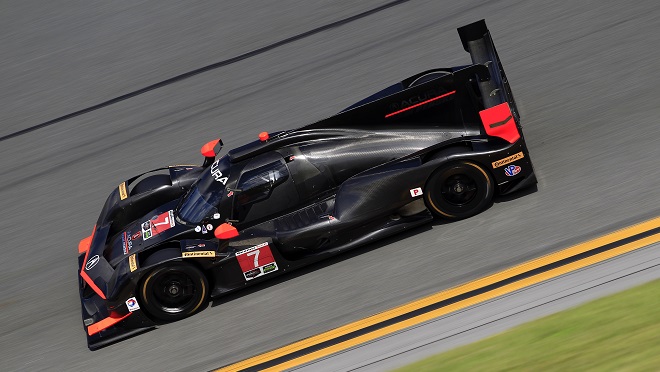 Along with 2016 IMSA Prototype champion Dane Cameron, who co-drives the sister Acura ARX-05 with Juan Pablo Montoya, Castroneves has soaked up all Acura Team Penske’s young title winners can offer.

“Ricky and Dane have been very patient with me,” he said with a laugh. “But it’s cool that these young guys have all this time in prototypes and they can give me many, many things to think about. Really, the last time I raced the prototypes, it was a lot different. ‘How do we come out of the pits?’ ‘Is that the normal feeling of something on the car,’ or asking how the sun affects the windshield at different times of the day, because it’s all new to me. These guys make it easy for me to prepare myself at every step.”

It’s clear that through approximately two months of testing, a strong feeling of trust has been established between Castroneves and Taylor.

“I’ve got the champ right beside me,” he added. “I’ve relied on him a lot, and he’s been an incredible person. It’s been working very well so far. And he knows we’re not there to brag about who has achieved whatever before in their career. We’re here to build new wins together, and that’s all that matters.”