3GT Racing has signed driver David Heinemeier Hansson for the 2018 IMSA WeatherTech SportsCar Championship series. Hansson will team with the East Lansing, Mich.-based team’s returning driver, Jack Hawksworth, in the No. 15 Lexus RC F GT3 for the second year of racing in the GTD class.

3GT Racing is still finalizing its driver roster and will field two Lexus RC F GT3 cars in the 2018 season. Hawksworth and the team completed testing this week at Daytona International Speedway (above).

The 38-year-old Hansson, born in Denmark, raced in the FIA World Endurance Championship for six years and claimed a first in class in the 2014 24 Hours of Le Mans and a championship in the GTE-Am category.

While Hansson is a newcomer to the 3GT Racing team, he’s raced many times with 3GT Racing’s managing partner, Paul Gentilozzi. In 2013, Hansson raced with Gentilozzi’s team with the ORECA FLM09 in the American Le Mans series and in the Prototype Challenge in 2014.

“I’ve raced with Paul’s team in LMPC a number of times,” Hansson said. “I’ve always been impressed with the approach, the dedication and the way of going racing that Paul brought to the scene. I’m super happy and excited to be with the team for a full season in IMSA and in a car and a setup and a team that has all the opportunities to run for top honors at Daytona, Sebring and the rest of the championship.”

“David is a true racer at heart, his life is full of accomplishments, and I always know the driving force behind him is winning races. With that in mind we will deliver on that goal together,” Gentilozzi said. 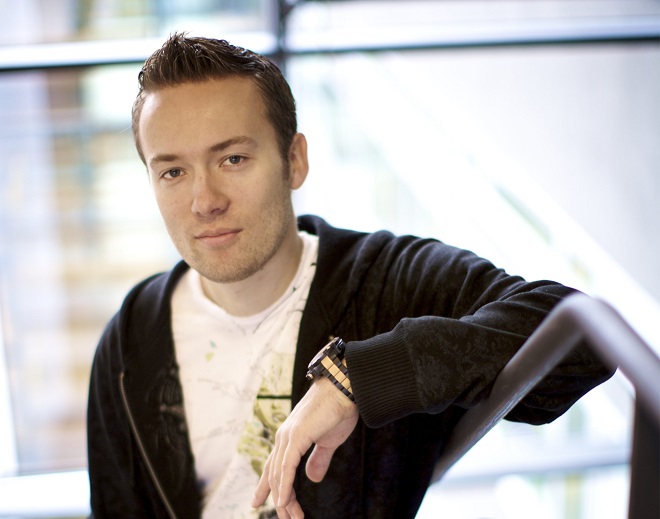 Hansson (above) said he’s particularly looking forward to returning to Daytona with Gentilozzi. “I’ve raced with Paul at Daytona twice and yet to finish once,” Hansson said. “This time I’m looking forward, not only to the race, but doing better than that.” He’s also excited about being part of IMSA’s GTD class.

“It’s such a diverse field,” Hansson added. “Probably the most diverse category in all of racing. So many manufacturers, so many layouts and setups. IMSA and so many around GT3 have managed to make these cars equal so it gives the category real excitement. I’ve raced GTLM, but I haven’t done a race in GTD. I have a lot to learn about ABS brakes and the other particulars of the category. I’m really looking forward to it.”

In FIA WEC, Hansson started 36 races, finished on the podium 16 times, won six races and finished runner-up in the championship twice. At Le Mans, he competed five times and was awarded with three podium finishes and a win. He finished second at Sebring International Raceway in the Prototype Challenge in the WeatherTech SportsCar Championship in 2016. He said coming back to IMSA is like going full-circle.

While a podium eluded the 3GT Racing team last year, the determination to win in 2018 remains the team’s primary focus.

“We learned last year that the Lexus RC F GT3s are extremely reliable, and consistent in long runs,” Gentilozzi said. “And despite being new to the BoP process we had some outstanding laps and race event segments. Right now, our focus for 2018 is to win. If you don’t think you’re going to succeed, you probably won’t.”