MEDLAND: Having patience with potential

MEDLAND: Having patience with potential

Let me start by saying sorry if this seems a bit negative. I like jumping aboard the hype train as much as the next Formula 1 fan, but I’m feeling a little protective…

Earlier this year I wrote a column titled ‘The P Word’ how Max Verstappen had changed the game and meant young drivers with potential were being given very little time to develop. Pascal Wehrlein was the prime example; the Mercedes youngster being written off in some quarters simply because he had been overlooked as Nico Rosberg’s replacement at the reigning champions after just one season in F1.

Wehrlein went on to prove himself as worthy of a more competitive seat with some really impressive drives for Sauber this season, particularly in Barcelona and Baku, where he scored points. While he himself believes he had even better performances outside of the spotlight of a top ten finish, Wehrlein’s return of five points represented the team’s total for this year, and equalled the score managed by Daniil Kvyat in a Toro Rosso (admittedly in only 15 races for the Russian).

Timing is everything in F1, and with Wehlein having not managed to get into a midfield car quickly enough, it seems that his days are numbered. Esteban Ocon, in securing the Force India seat last year, appears to have leapfrogged Wehrlein in the Mercedes pecking order, and with George Russell coming through there is little desire to break the bank in order to place Wehrlein in a Williams.

As an aside, it is often claimed Wehrlein missed out on the Force India seat to Ocon because of his attitude when testing for the team in the past. As true as that may be, sources suggest that it was a very small detail that Force India leveraged in order to separate the two, not a deal-breaker in isolation. 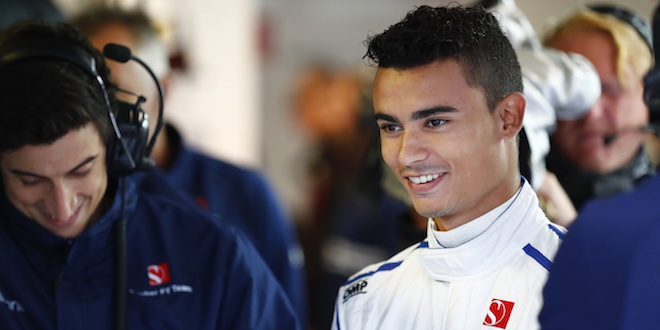 But Wehrlein’s story is intertwined with another driver who really needs people to have patience, because the level of excitement surrounding his arrival will make anything other than an outstanding debut season seem like a disappointment.

That driver is Charles Leclerc.

Leclerc will replace Wehrlein at Alfa Romeo Sauber in 2018 in one of the worst-kept secrets of the year. Admittedly, there wasn’t much of a secret to keep. A dominant Formula 2 campaign was always going to create the need to promote him, and with Haas – with which Leclerc tested last year – having already finalized its driver line-up, Sauber was the only other Ferrari-powered option.

If you have followed F2 this year, you will no doubt have been massively impressed by Leclerc. In a spec series, his performances have been akin to driving a Mercedes over the past three years. Pole position at all but three rounds (one of which he secured but was disqualified) and seven victories ensured the championship was won at Jerez with a full round still to go.

Since Leclerc’s confirmation as an Alfa Romeo Sauber driver I’ve seen plenty of hyperbole about just how good he is, with one very well-respected journalist describing him as the greatest talent to come out of the junior category formerly known as GP2 since Lewis Hamilton.

And this is where I’m pulling the emergency stop cord.

Leclerc is a fantastic talent, but one swallow doesn’t make a summer and F1 is a huge step up for any driver. Two years ago, Stoffel Vandoorne won the same number of races as Leclerc and finished the season – which was actually one race shorter due to the cancellation of the final round in Abu Dhabi and also featured half points for a shortened race – with 59.5 points more than this year’s champion has managed.

A year earlier, Leclerc took the GP3 championship in slightly anti-climactic fashion as both he and main rival Alexander Albon retired from the opening race at the Abu Dhabi finale. He has the results, but he’s about to face his biggest test.

At the age of 20, Leclerc still has so much to learn about being a Formula 1 driver. From racing in categories where he knows he has a chance of winning every week to one where – on this year’s form – his teammate is his only realistic target is a big reset for a driver. Just look at Vandoorne’s early-season struggles at McLaren as proof that incredible performances in junior formulae are no guarantee of immediate success.

I’ve spent a lot of time dealing with Leclerc as the host of the FIA F2 press conferences: his success ensured that he was in the majority of the interview sessions for the top three. He has an excellent temperament, the respect of his peers and an incredible appreciation for other people that doesn’t always come easily to racing drivers.

Initial impressions from Sauber when he tested with the team were very similar. A pleasure to work with, clearly quick, but when he started at the team it was clear that his feedback was an area he would need to improve. That’s understandable because the difference between what you can change on an F2 car and its F1 counterpart is massive, and it has been an area of focus for the Monegasque throughout the year. 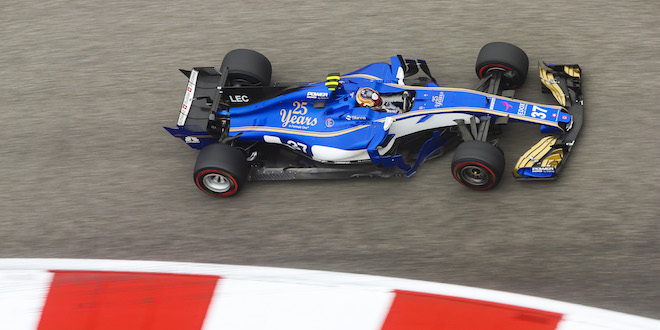 His struggles in F2 qualifying in Abu Dhabi this year were a reminder of where he is as a driver, leading the team the wrong way on set-up and consequently struggling, but then recovering brilliantly to secure second in the feature race and then win the sprint race from seventh on the grid. That’s raw talent, but the word ‘raw’ should not be overlooked.

Leclerc has all the ingredients to be a future Ferrari driver and a massive success in Formula 1, but he needs to be given time. A midfield car would certainly help him show what he can do, but like all drivers, he’s not in control of how good the machinery is, just how he handles it.

It would have been a travesty if someone of Leclerc’s potential had not gotten a race seat off the back of the season he’s just had, but it would be similarly unfortunate if expectations were set too high. He’s joining the team that has finished tenth in the constructors’ championship for each of the past two seasons.

It’s easy to say nobody would do such a thing as write Leclerc off if he has one tough season at Sauber, but just look at the talent he’s replacing…