Esteban Guerrieri has become the seventh different DHL pole-sitter of the 2017 FIA World Touring Car Championship with a storming lap around the Losail International Circuit this afternoon, outpacing Nicky Catsburg for his maiden top spot by 0.414s during a tense session.

But while Guerrieri celebrated, his title-chasing factory Honda team-mate Norbert Michelisz was eliminated in Qualifying Q2 after a brake issue struck his Castrol-backed Civic, leaving him a despairing P11. And with title rival Thed Björk picking up two points for going fourth fastest in the top-five shootout, the Swede has extended his championship advantage to 8.5 points ahead of tonight’s deciding races.

Meanwhile, Rob Huff was the fastest WTCC Trophy driver in third overall, a mere 0.004s down on Catsburg with four-time champion Yvan Muller going fifth quickest on his return to the championship in the third factory Volvo, as Kevin Gleason took pole for the Opening Race after ending Q2 in the all-important P10.

“It was a very good event for us so far until Norbi had a problem in Q2 and couldn’t manage a quick lap,” said Guerrieri. “We have one goal in common as a team and we’re still going to push of course but it’s more difficult now. My own performance was great, the car and track actually changed a lot with more heat from the sun. The car had a very different balance, it was very difficult to drive with the rear with the understeer on exit and I had to manage my driving style like everybody did to readapt a little. We made some tweaks here and there with the car and we managed to put a very good lap in Q3. I’m very pleased for that very happy for my first pole position in the WTCC. We will see what we can do in the races.”

QUALIFYING RECAP
Michelisz had looked the driver most likely to be on pole after topping practice on Thursday and the first segment of qualifying today, but the Hungarian lost pace during the second part of his first flying lap in Q2 and crossed the line more than two seconds behind his Argentine team-mate. The Hungarian returned to the pits, reporting a developing braking issue, but there was no time to carry out repairs, leaving him P11 for both races. “It was not possible to push when you didn’t know what the brakes would do,” said Michelisz. “Everything happens for a reason but all is not over and we will keep fighting.”

Polestar Cyan Racing’s trio were strong throughout qualifying, with Björk, Catsburg and Muller all making it through to Q3, despite a dramatic moment in Q2 when Muller and Björk made contact, albeit with neither Volvo S60 sustaining serious damage.

In the top-five shootout, Björk set a good target lap as the first driver out, but he was soon beaten by ALL-INKL.COMMünnich Motorsport’s Rob Huff in his Citroën E-Elysée WTCC. Muller looked set to move ahead of both drivers before the Frenchman lost time in the third sector and fell behind the pair of them, which eventually led to him qualifying fifth. Catsburg deposed Huff for provisional pole by a narrow margin of just four-thousandths of a second, but it was Guerrieri’s turn to shine for Honda, with the 32-year-old putting the #86 Civic WTCC on pole by four-tenths of a second.

Björk will line-up fourth for the Main Race, and seventh in the Opening Race, starting in front of Michelisz in both races. The Swede is now 8.5 points clear in the standings after scoring two points in qualifying, with Michelisz tasked with finding his way up the order and ahead the Volvo driver to stand any chance of winning the 2017 FIA World Touring Car Championship.

Huff’s third fastest time means the Briton was fastest in the WTCC Trophy and claims the additional point that comes with it, but just outside the top five are the two Sébastien Loeb Racing Citroëns of Tom Chilton and Mehdi Bennani, with Chilton leading the Trophy by half a point over Bennani heading into tonight’s two races.

Former ETCC champion Kris Richard impressed on his second outing in the WTCC by qualifying eighth in the Campos Racing Chevrolet Cruze, and will start third for the reversed grid Opening Race, behind John Filippi’s Sébastien Loeb Racing Citroën, and Kevin Gleason, who will line-up in pole in his RC Motorsport entry. Tom Coronel was P12 but Ryo Michigami, Yann Ehrlacher, Zsolt Dávid Szabó and Dániel Nagy ended their qualifying at the opening phase.

The Opening Race begins at 21h20 local time with the Main Race following at 22h35. The FIA World Touring Championship for Drivers and Manufacturers as well as the WTCC Trophy for independent racers will all be decided under the floodlights at the Losail International Circuit near Doha tonight. 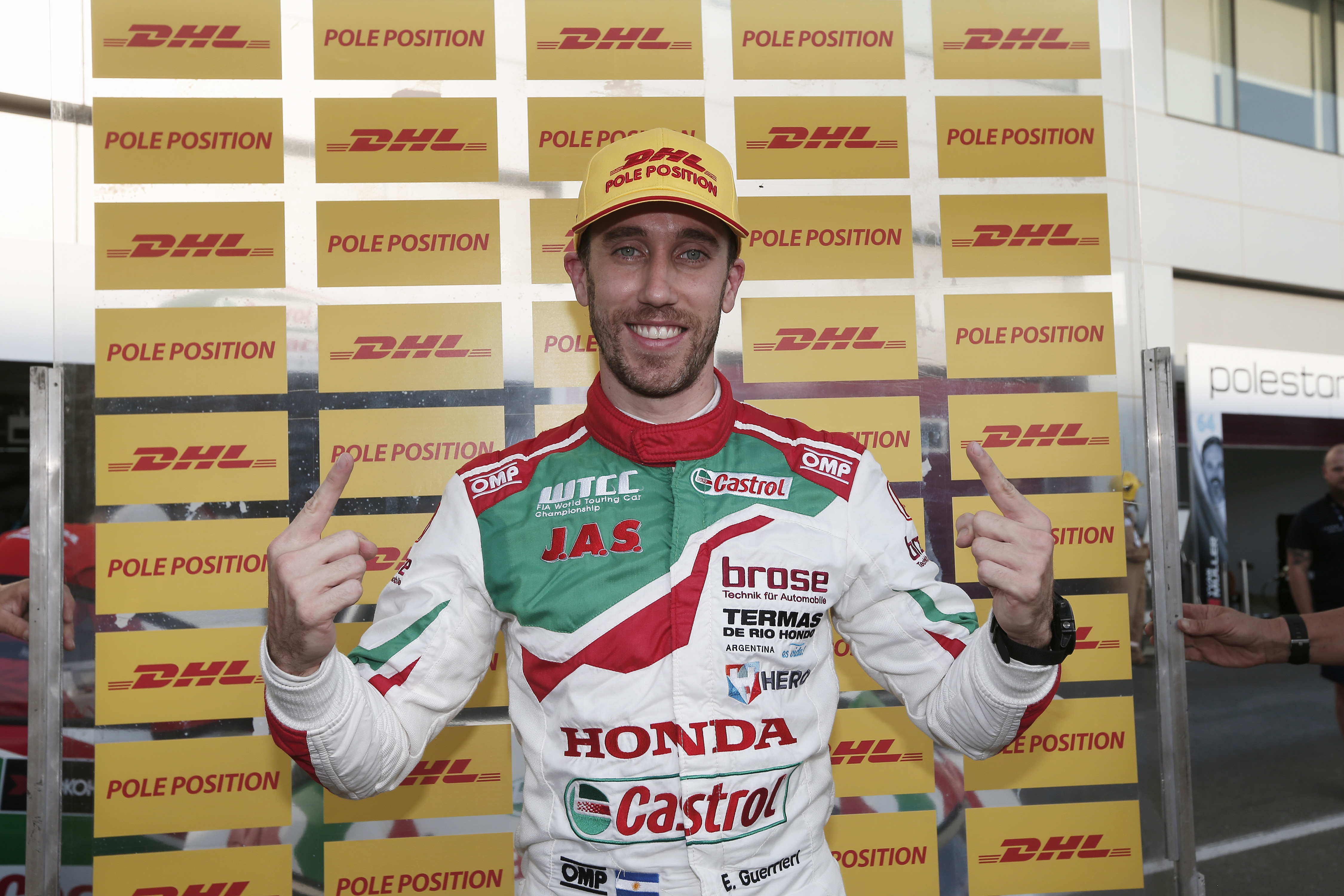