WEC - What the Drivers Said (Class Winners and Champions)

WEC - What the Drivers Said (Class Winners and Champions)

“It means the world to Ferrari and AF Corse. Firstly I would like to congratulate James (Calado) and to Alessandro (Pier Guidi) as they have been outstanding all year and they are World Champions, it is amazing.

“It started pretty well for us and I got a great start. I knew it would be vital and I knew Aston Martin could have a straight line speed advantage over us. To get to the first corner first was really important and after that we built a buffer to the Ford. We tried something in the first pit stop tyre wise that we thought might work but it actually proved it wasn’t the way to go. So we adapted our strategy for both cars because of what we saw on our car.

“But we lost out on the Full Course Yellow, so we went from a 25-second lead to a 30-second deficit. We had a great battle with the Porsche and then we took the lead so we are all happy.”

“We had a lot of bad luck in the second part of the season. Sometimes we were faster than No.51 and sometimes they were faster but thanks to the team for this result and I want to say a big thanks to Ferrari, AF Corse, Michelotto and Michelin as they have worked very hard for us.”

“I’m almost speechless. I’ve never gone over the line with so much emotion in all my life. It has been an unbelievable year for Ferrari and us. To say we are World Champions is just really fantastic. We won the Teams, Manufacturers and now the Drivers Championships so we are delighted and quite emotional.”

“This is the best second place of my career for sure. I realise I am now a World Champion and it seems crazy as this is the first season for me to race here in WEC. It is a great feeling and I want to say a big thanks to all the teams. To give me, an Italian driver, the chance to race here at Ferrari is fantastic. I want to thanks Ferrari, the whole AF Corse and especially Amato (Ferrari).”

“I can’t believe it really. We pulled over 50 points on Car 38 since Nurburgring, it’s not even from Le Mans. The team did an exceptional job of improving and making everybody improve: mechanics, engineers, all the drivers, everybody was just getting closer and closer together and stronger.

“When it came to the overseas season, we started to really get into our groove and we started to win races. And we thought ‘OK, maybe we can do this…’ I have no words.”

“I don’t know if any of these top drivers have waited as long as I have to win a championship. I’m at 14 years of racing without winning a championship.”

“It’s just an amazing feeling. I can’t thank these guys and the team enough for what they’ve done this year. It’s extraordinary!”

“To be honest, after my stint I wasn’t thinking about the win today. But after the amazing job of my two teammates, I begin to think about it.

“I really want to thank those guys because Nico and Bruno did a really good job. On-track they are really good guys, and I can say they are some of my best friends out of the track also. They increased my sense of the competition, of the team spirit, my line on-track.

“We worked a lot all of this year. We can’t believe it. The jump from LMP1 privateer to the LMP2 class for the Rebellion team, it was really tough, and we did it.

“I really want to thank you everyone, and especially my two teammates. Thank you.”

“When I heard Bruno say that power steering was failing, I thought ‘OK maybe we can finish this’,” Prost said.  Actually a long time ago during an endurance test with Oreca, I had to complete 20 laps with no power steering. So I remember it’s hard, but you can do it. So I thought you know if you change driver, maybe you can still hold the lead.

“We knew we wanted to give everything. In the end it worked out. We won the championship by 10 seconds. That’s crazy if you think about it. How many hours have we been racing? And it’s down to 10 seconds.”

“It is my first title in my career so it feels great. I am over the moon as we have won 12 races in three years and the championship was our main goal and I couldn’t be more happy for the team and my teammates.

“It was a tough start to the race because the Dempsey-Proton Porsche was close and aggressive. I didn’t want to take too much risk so I took my time to overtake him (Christian Ried). But once I got through we had good pace and were able to pull away. Pedro and Paul did great work again and it is a really nice way to finish the season.”

“Wow! I think it will take a while for this to sink in but it is a great feeling. Kudos to the team, we stuck with it as this is our fourth season now but we have the success now and we have got the ultimate success so it will be a really big party now!” 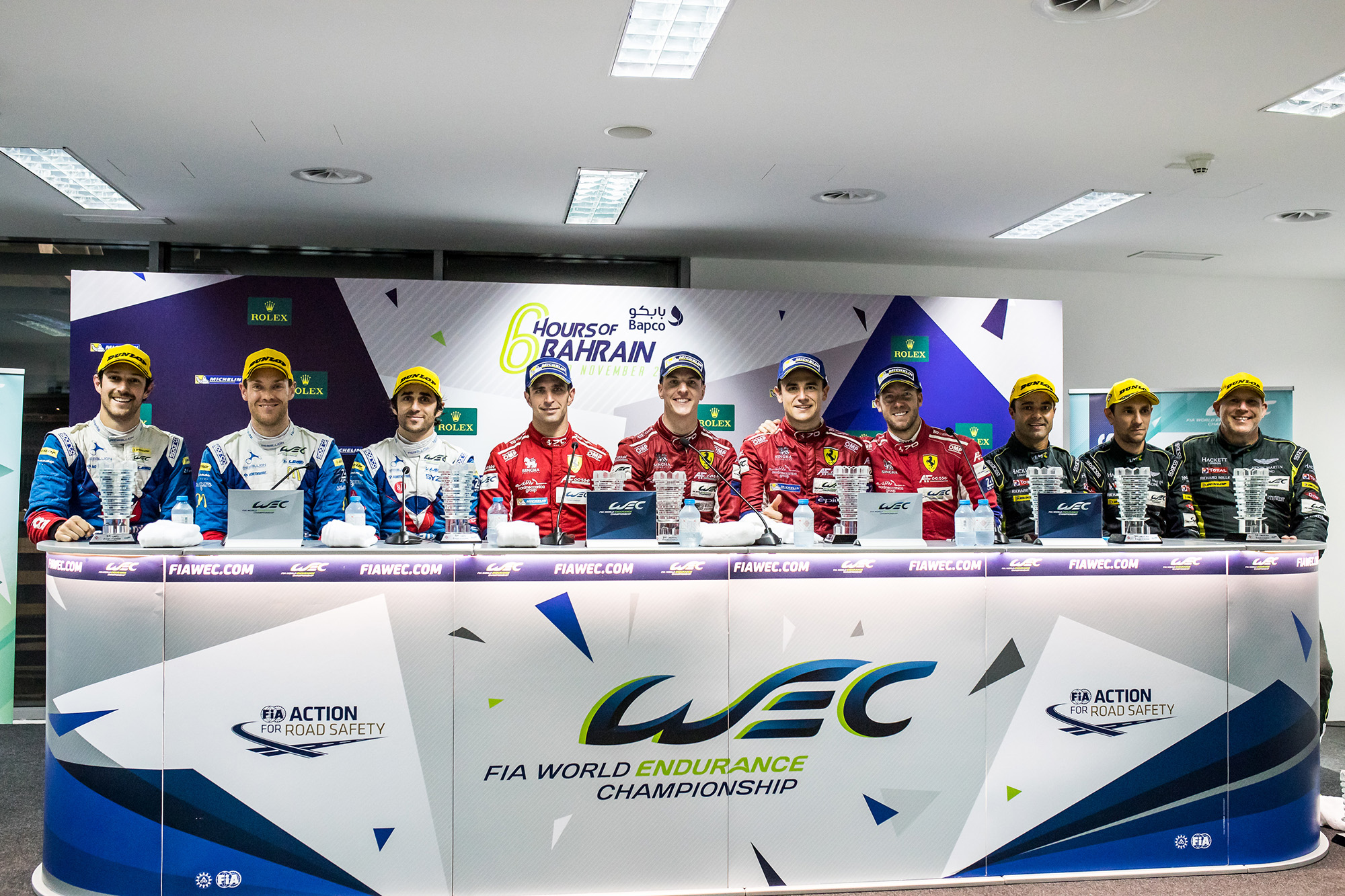