WRC – Neuville On The Brink Of Fourth Win

WRC – Neuville On The Brink Of Fourth Win

With the second day of Rally Australia behind him, Thierry Neuville is on course for a fourth 2017 FIA World Rally Championship victory, carrying a 20.1 second advantage into the concluding five stages. He heads Jari-Matti Latvala who has mounted a real assault but the Finn admitted to struggling to find that extra speed to overhaul the Belgian. Following the retirement of Kris Meeke, Ott Tänak has moved into third and looks set to finish on the podium, maintaining M-Sport’s record of top three finishes on each event this season.

After the morning loop of stages crews headed back to the countryside, effectively re-running the long Nambucca stage which was split into two this afternoon. Neuville continued to set the pace with fastest times in both stages, taking his advantage to 19 seconds. With the cancellation of SS14, due to a bridge being damaged this morning, crews then headed back to Coffs Harbour for the final two runs around the harbour side super special stage, where Craig Breen and Ott Tänak took the stage wins.

Latvala has been pushing hard but a blistering time by Neuville on the first of the afternoon stages extended the gap and the Finn is potentially beginning to run out of kilometres to catch his rival. Breen is enjoying a great run in his debut competitive outing in Australia and has moved into fourth following the demise of team-mate Meeke. The Briton clipped the back end of the Citroën C3 WRC on a bridge and while he tried to make repairs before the next stage he was ultimately forced out with broken suspension.

Hayden Paddon is chasing Breen, the Kiwi less than 15.9 seconds adrift, with reigning FIA World Rally Champion Sébastien Ogier nearly 30 seconds further behind in sixth. The Frenchman ran wide in the first of the afternoon stages, spun and lost the bumper and front aero devices leaving him with understeer for the rest of the day. Stéphane Lefebvre had a spin and was also suffering from understeer but he overnights in seventh ahead of Elfyn Evans. Esapekka Lappi is ninth. Kalle Rovanperä – the only contender in the FIA WRC 2 Championship – was lucky to make it back to Coffs Harbour after sustaining two punctures in the final forest stage, but then had to retire before the two super specials as there was no service to collect new tyres.

Sunday takes in five stages and 64.64 competitive kilometres, the all-important Power Stage concluding the action of the 2017 FIA World Rally Championship. The weather also looks set to change with rain forecast, which could potentially shuffle the pack again on the final event of what has been an unpredictable and fascinating season. 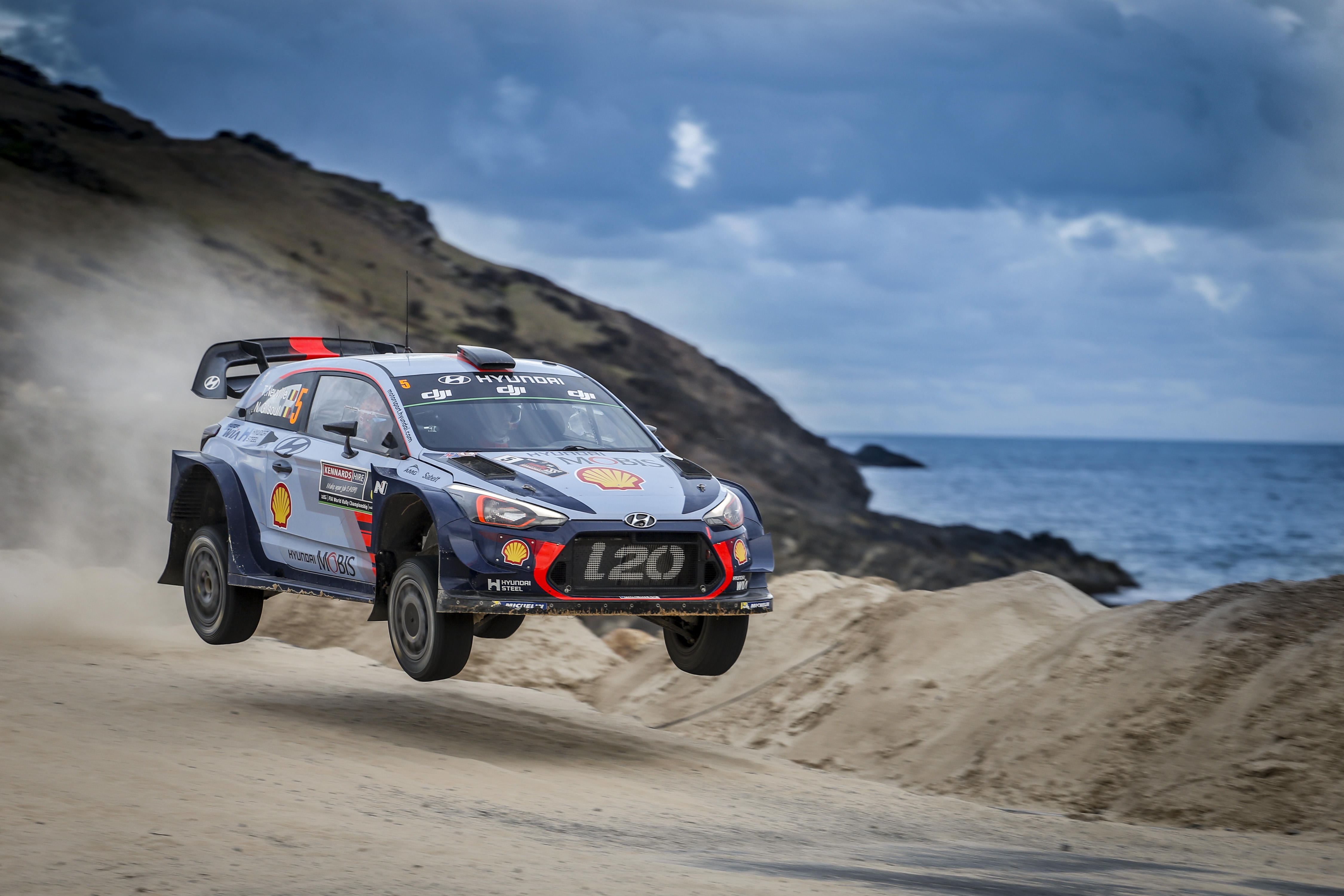